Nobody ever expected that this little animated creation would take over the entertainment industry worldwide. The best Pokémon franchise has produced movies, television shows, action figures, and of late, video games.

Some real, hardcore fans have even made their own games to keep us entertained while waiting for the next updates and releases of the official games. Here are some of the 15 best Pokémon fan games to look out for.

Pokémon Insurgence comes from the same group that gave us Pokémon Zeta Omicron. You can play Pokémon games using an emulator and this is one such game. It takes place in an entirely new location known as the Torren region. You find yourself exploring a world torn by war where cults that worship Pokémon are in a constant struggle for world domination.

Insurgence has a darker storyline compared to the other official releases and it offers a few of the most-requested features from previous entries. It also introduces to gamers a special class of Pokémon which are in essence, different coloration or typing combinations of Pokémon species that already exist.

Pokémon Dark Rising follows the exploits of a young trainer from the Core Region. The game starts when you fall asleep and in such a state, you experience a dream where you meet a new Pokémon that has never appeared before in the previous editions.

From there, things start to get interesting as the Pokémon choose you to become its trainer. Together, you have to save the world. This game’s difficulty level is at 11 making it super difficult. This game begins with Dragon-types that span the first 5 installments of Pokémon.

What happens when you pit the old Pokémon against the new Pokémon? The basis of this ROM is Pokémon Ruby and features a lot of new content. Throughout the game, you can earn up to 16 gym badges, battle in Pokémon leagues, and you might even reach a world championship.

If you love the classic Pokémon experience, you shouldn’t miss this game as it’s one of the 15 best Pokémon fan games ever. It offers the nostalgia of the past along with enough new features to keep you hooked until the end.

Phoenix Rising is for hardcore players who don’t back out of challenges. Based on Pokémon FireRed, it offers the choice to get additional XP and a plot with a lot of details for you to keep playing for hours. You also get Dragon-type Pokémon from the start.

This game presents you with an incredible selection of characteristics that you might not expect to see in Pokémon games like outcomes based on your choices that have an effect on the story, skill trees that come with perks for different play styles, and a quest system that organizes events within the game.

Pokémon Reborn is a game made in an RPG Maker. Its setting is in a polluted metropolis known as Reborn City plagued with crime through its existence. Trainers in the game cooperate with one another to stop the evil organization that controls the city.

This is one of the best Pokémon fan games as it features 18 gyms where you can battle in – one for every type. It also features Field Effects for changing the battlefield around to favor specific types of best Pokémon while battling. There is a lot of excitement in this game as it’s one of the longest games available.

Pokémon Rejuvenation is the game for you if you love Pokémon Reborn but you’re looking for more. This game comes from the same team that brought you Reborn and both games share several features including a dark plot, a compelling battle system, and epic locations.

Aside from offering more features and content, it also offers a complete run-through that can take over 70 hours to finish. Moreover, the game also has 8 elite battles and 18 typed gyms, giving you a lot of time to hone your winning strategies.

Pokémon 3D offers a simulation of the Pokémon world in a 3D pop-up way, thus, making the game more fun and interesting. The game has 3D environments where you can battle and interact with other trainers or Pokémon from all over the world.

Unlike other Pokémon games, this one allows you to take control of your Pokémon’s attack sequences and movements, with each having their own time for cooling off. Pokémon 3D made its first appearance in the gaming scene back in 2015, and it’s still very popular today.

Pokémon Fire Ash is unlike other games made by fans. It’s considered one of the best Pokémon fan games as it is a modified version of Pokémon FireRed that became the inspiration behind the hit TV series. It also has a massive roster of more than 800 Pokémon for you to catch.

If you want to experience nostalgia, this is the game to choose. You can follow Ash’s journey where he challenges more than 50 gym leaders in the ultimate quest to capture them all. In this quest, you can really capture them all. There are also lots of updated features like Alolan Pokémon forms and mega evaluations.

Pokémon Uranium Before had a long development period of about 9 years before it officially came out. Since its release, it has become one of the most popular fan games and it’s still going strong to this day. The setting of the game is in the Tandor region and it features more than 150 unique Pokémon designs, plus the introduction of a new “Nuclear” typing.

Throughout the game, you will discover that its structure is a lot like the structure of the official Pokémon games. You go on a quest to acquire all of the 8 gym badges to defeat the Tandor League. You will also run into a dangerous threat that has caused nuclear meltdowns all over the region that threatens the safety of Pokémon and humanity.

Pokémon Clockwork is one of the fan games created using the Pokémon Essentials. In the game, you travel the rustic Rosari region where Pokémon and humans coexist in peace. Celebi, the mythical Pokémon, has traveled back in time to call upon you and warn you about an imminent threat from Team Epsilon.

From this, your main objective is to prevent the nefarious Team Epsilon from succeeding before it’s too late. Expect appearances from Generation 1 to Generation 4 Pokémon along with the introduction of so many unique features including new moves, a quest system, dynamic Pokémon evolutions that can happen in the middle of battles, and gameplay rebalancing.

Pokémon Empyrean features a story in the Omuran region’s past where Hal, your father, vanquished the evil Vordev Group. But some of the members evaded capture and have now joined forces under an unknown leader. Now, you have to become a very strong Pokémon trainer to save your father who has become a captive of the Vordev remnants.

This game has more than 50 hours of gameplay with 8 gyms programmed in the game that you should beat. It also has features like drop-down lists of items guide, Pokémon stats, update information, and locations. Moreover, updates and patches for this game are also available.

Pokémon Dark Rising 3 is a fan-made Pokémon game exclusively for PC only. Unlike the Dark Rising series, this wasn’t created as a GBA ROM hack, but as a PC game. It tells the story of Zyree and Zyro – the daughter and son of Zygarde.

Pokémon Black Cinder is a deserving entry on the list of 15 best Pokémon fan games as it has an interesting storyline. According to the story, 30 years after the war ended in the country of Artenia, peace reigned until the present. But peace cannot last forever as a strange organization emerged and it seems to have a connection to S.S. Lovibond’s disappearance.

The howling winds have become a portent of changing times. In the game, you are a member of the Zesia Academy and you will go on your first mission. You have to investigate a strange fog that covers the city and causes communications to fail.

Pokémon Floral Tempus allows you to join the Pokémon Rangers to obtain rare items that you can’t find anywhere else. Another one of the most interesting Pokémon fan-made games, you have to balance important trainers and gym leaders to your team’s level. Your Pokémon stop gaining exp when you reach the level cap. To raise the level cap, you can obtain new badges.

In this game, you plant and harvest berries in the berry patches scattered across Rialtra. The game offers more challenges than the traditional Pokémon fan-made games. To play, you need to strategize so that you can win the most important battles.

Pokémon Fusion Generation 2 offers 336 new Pokémon species apart from the 104 original fusions. Many of the fusions in this game can evolve and hatch from eggs. You have the option to use Bill’s machine to fuse Pokémon and you can also use the Time Capsule to transfer Pokémon from the original Fusion Generation.

There are so many more Fusions included in this game. Here, the 2nd gym trainers use Fusions almost exclusively. But in the previous version, trainers use unfused or canon Pokémon were more common. 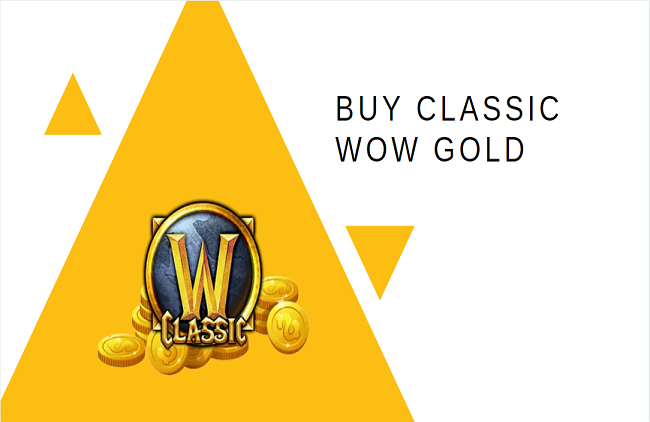 The Biggest Data Breaches in the Gaming Industry

This website uses cookies to improve your experience while you navigate through the website. Out of these, the cookies that are categorized as necessary are stored on your browser as they are essential for the working of basic functionalities of the website. We also use third-party cookies that help us analyze and understand how you use this website. These cookies will be stored in your browser only with your consent. You also have the option to opt-out of these cookies. But opting out of some of these cookies may affect your browsing experience.
Necessary Always Enabled

Any cookies that may not be particularly necessary for the website to function and is used specifically to collect user personal data via analytics, ads, other embedded contents are termed as non-necessary cookies. It is mandatory to procure user consent prior to running these cookies on your website.