eSports – all the stats, facts & figures you need to know!

After years of waiting, gaming might finally be a smart career move. With eSports (electronic sports) now being a billion dollar industry and with the pro gaming leagues and tournaments becoming mass global events, there’s never been a better time to create an avatar and jump on in to a virtual world.

Vastly surpassing the gross annual revenue of both the music and film industries, eSports are very much the entertainment of choice for the upcoming generation. Whereas in 2015 only 800 million people were familiar with eSports, it is estimated that today that number has jumped to 1.57 billion and judging by the Newzoo Global eSports Market Report, eSports are only going to grow in popularity from here.

So, here are all the essential eSports stats, facts and figures you need to know to get your head around this rapidly expanding sector with Hotukdeals!

Where are eSports the most popular?

In 2016, more spectators tuned in to watch the League of Legends (LoL) eSports final than the NBA final, clocking in a colossal 43 million viewers compared to the NBA’s 31 million. By 2018, this number had more than doubled with 99.6 million people watching the eSports LoL athletes battle it out – very nearly toppling the 103 million people who watched the 2018 Super Bowl. But who are these viewers, and where are they tuning in from?

According to the Newszoo Global eSports Market Report, it is essential to make a distinction between the “casual viewers” and the “enthusiasts.” Currently, the report estimates that there are over 454 million eSports spectators of which 201 million are enthusiasts and 253 million are casual viewers. The home of the hardcore enthusiasts? The Asia-Pacific metropolitan area in general which is home to 57% of eSports’ most fanatic fans, with China leading the way with a whopping 75 million spectators, compared to North America which is home to just 12% of enthusiasts.

However, when it comes to revenues, North America is not lagging too far behind its Asia-Pacific counterpart. Let’s take a closer look at the eSports revenue facts and figures.

Which countries are profiting the most from eSports?

While North America comes second to China with regards to its proportion of eSports enthusiasts, it nearly generates the same amount of revenue, taking in 37.3% of the overall share. The breakdown of eSports revenue per country is as follows:

However, by 2022 it is estimated that eSports revenues will grow to £1.48 billion, with the largest portion of that coming from sponsorship deals. Indeed, by 2020, forecasts are already predicting that over £1 billion will be spent on eSports sponsorships and advertising alone, nearly doubling the £430 million spend for 2017.

Why are eSports so lucrative?

The fact that eSports tournaments are now colossal events, often taking place in large stadiums – many of them custom built – while being streamed across the world via the likes of Twitch and YouTube, provides much scope for huge sums of money to be both spent and accumulated. In addition to all the advertising surrounding the events and the branded clothing, trainers and gadgets that the pro gamers are seen wearing and using, GamingStreet.com highlights a particular sponsorship opportunity which is unique to eSports. 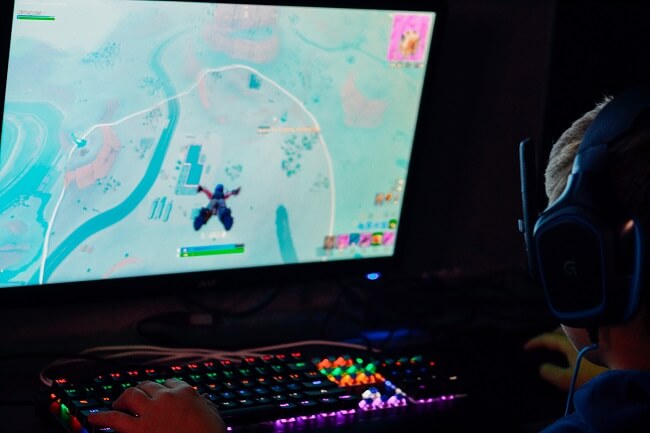 In February 2019, the incredibly popular video game, Fortnite, hosted a popular EDM DJ, Marshmello, the game’s biggest online event to date. In tandem with the very popular EDM DJ, Marshmello, Fortnite hosted a 10-minute long live concert which the online community could attend. Naturally, this kind of exposure proves to be incredibly lucrative for brands and artists such as Marshmello and hints at how eSports sponsorships may develop in the future.

But what about the possibility to win big in one of these eSports tournaments? Just how much could an eSport athlete expect to make if they compete?

How do eSports compare to more “traditional” sports?

For a bit of context, here’s how the eSports winnings compare to other major traditional sports tournaments:

With eSports now being a fully established industry, in the USA pressure has been mounted on the government to declare eSports gamers as professional athletes. Now recognized as such, eSports athletes are can enjoy the same rights with regards to taxation and travelling as other major league more “traditional” sports competitors.

The most viewed eSports games to date

According to the Newzoo report, in 2018 1.26 billion hours were streamed via Twitch and YouTube for the top 25 eSports alone. The two most watched events are as follows:

While only 5% of pro gamers are women, research from the Pew Center shows that women are equally as enthusiastic about computer games as men, with men only referring to themselves as “gamers” twice as much as women. The figures become even more pronounced when it was discovered that while 55% of male eSports gamers spend between one and four hours watching eSports daily, 65% of female eSports enthusiasts were said to do the same.

The highest earning female pro gamer is Canadian Sasha “Scarlett” Hoyston. Since the beginning of her career in 2011, she has made around £250k, which while sounding like quite a lot of money, is relatively tiny compared to the huge profits her male counterparts are raking in. As ever, there is room for improvement with regards to encouraging more women to go pro in an industry in which they show great interest.

What is the future of eSports?

It is clear that eSports are not only here to stay, but look set to conquer the world – but just what might that world look like? Well, there is ample reason to believe that the next big thing on the horizon in the eSports industry is the development of the eSports mobile gaming market. Smart mobile gaming developers who began to host competitions for their games have noticed that they make 8 times more revenue on average. This would indicate that there’s huge potential for eSport mobile gaming platforms to really gain traction going forward.

Beyond that, eSports are vying to be recognized as an Olympic sport and to some success! The Paris 2024 Olympic committee is allowing eSports versions of the Olympic sports to take place as a side event during the event itself and there are plans to make eSports a medal event in the 2022 Asian games.