Minecraft’s Biggest Achievement on YouTube and How It Is Being Celebrated!

Minecraft has been around for a while, crediting over 10 years being one of the most popular games in the industry. It started out small, however it went on to become an absolute staple in the world of gaming, with the highest player count of perhaps any game.

Minecraft gets a whopping 141 Million players globally every single month and it has some of the highest numbers in both streaming and YouTube videos.

However, last month in December, Minecraft did something that has never been done before, it has reached a massive 1 Trillion views on YouTube. Yep, Minecraft has managed to surpass the number 1,000,000,000,000 views (yes 12 zeros) and a massive one at the start!

Wednesday December 15th was when Minecraft developers Mojang Studios and YouTube collaborated to reveal that Minecraft had in fact crossed the total of 1 Trillion views on YouTube milestone.

Minecraft was the most watched video game on YouTube in 2020, and in 2021 it has gone on to create a massive milestone, being the first game to have 1 Trillion views.

This was a fantastic moment for the content creators for Minecraft, as they know and realize that their game is going strong, and that there is still a plethora of things to do with it!

How Did Minecraft Reach This Level?

Well, there has been a huge surge in Minecraft’s overall marketability, especially due to the amount of content that the developers are adding.

There is so much to do in the game, from purchasing hundreds of character upgrades, to developing your own game modes and even going so far as to recreate whole worlds such as Middle Earth from Lord of the Rings within it. Minecraft allows you to build so many different things, you can get ideas from Minecraft Building Inc, and many other sites. 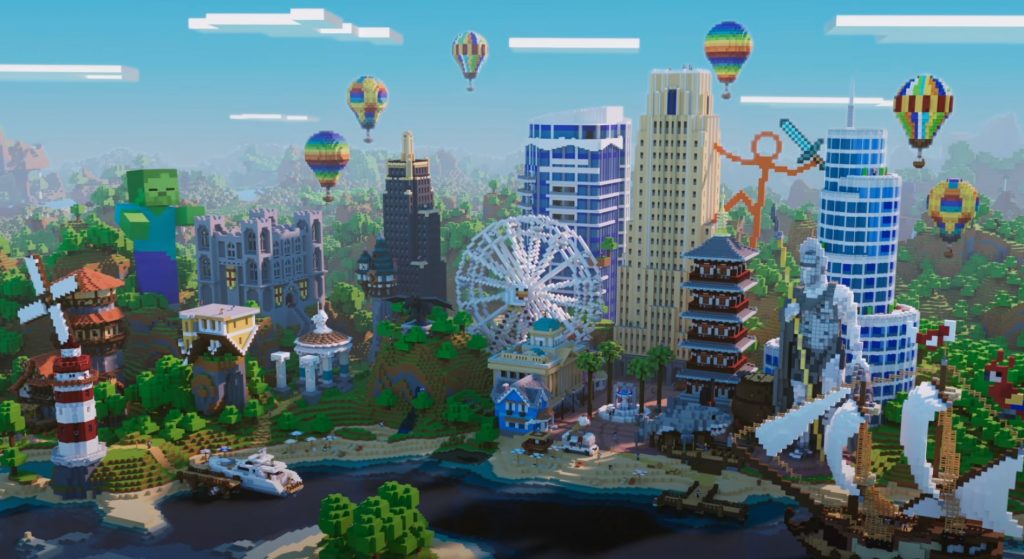 This sandbox approach and creative freedom that Minecraft has given players has led to a huge amount of popularity for the game.

Players have the freedom to do and create whatever they can think of within the confines of Minecraft. This has led to it becoming one of the most popular creative platforms in the form of video games.

Not just gamers but artists also test out their hands at unique ways to create art in Minecraft.

This led to steady growth for the game for many years, however in 2019 is where things blew up for the game! The game ended up earning a total of 500 Billion views since the year 2019.

This was due to many reasons, such as Dream’s “Minecraft Manhunt” series, Keemstar’s Minecraft Monday tournaments, popular non-gaming figures such as Jack Black, James Charles, T-Payne, Snoop Dogg were streaming the game quite often.

Popular streamers such as LilyPichu, Valkyrae, DisguisedToast, Pokimane, xQc, Ludwig and MoistCritikal all started streaming the game more often as well. Their streams and videos were in collaboration with one another, and this led to a ton of events happening within their streams.

This led to a surge of growth in the content for Minecraft, and the viewership interest for Minecraft content also increased. This also led to PewDiePie stepping back into the Minecraft world, which also gave the game an added boost to viewership.

The first thing to notice when it comes to YouTube’s commemoration of the event, is that they did a Minecraft themed YouTube homepage makeover. It looks quite hilarious, and was definitely very nostalgic for long time Minecraft fans and content creators.

For a whole 24 hours, YouTube had a Minecraft themed logo which was celebrating the Minecraft, the Minecraft content creators and the humongous audiences!

Since Minecraft is quite literally the only game to achieve this level of success on YouTube, it was about time it got some VIP treatment! YouTube went on to create curated playlists, which consisted of the most popular Minecraft videos from over the years since the game’s creation.

YouTube’s Minecraft community is absolutely massive, consisting of over 35,000 well known content creators, across a hundred and fifty different countries which make it a global phenomenon.

The hashtag was quite popular too; #MinecraftMuseum was taking over Instagram with waves.

Not to mention, they were also giving out a free cosmetic set known as the YouTube Creator skin pack, which was inspired by some of the most popular Minecraft content creators on YouTube!

You can get them free for one year, and afterwards you can keep them by purchasing them from the in-game market. The items were created as an inspiration for some of the biggest Minecraft creators such as Dream, Quackity and more!

Of course, the biggest highlight from this whole thing is by far the animated short that was created by YouTube and Minecraft in collaboration with the content creators.

Check out the video here –

Aptly titled “One Trillion Minecraft Views on YouTube and Counting”, the video is full of the community’s most popular creators and features some of the most important moments in Minecraft history.

It’s filled to the brim with dozens of Easter Eggs, all scattered neatly throughout the video, some very noticeable while others are hidden in plain sight. 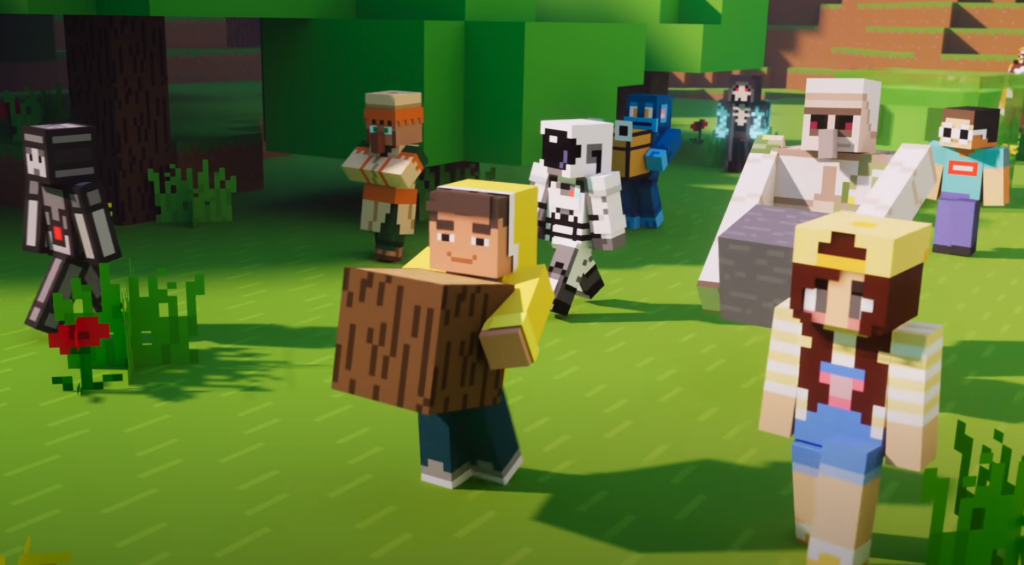 While we’re unsure of what the future holds, we know that Minecraft will break milestone after milestone on YouTube, and the gaming industry as well. The developers had the passion, which sent them from a tiny team of a few people in Stockholm, to a full-fledged billion dollar studio.

Minecraft’s continued success is a testament to the amount of creative freedom that it offers players.

Like YouTube’s Culture and Trends Insights Lead Earnest Pettie said; “Creative ingenuity is driving this continuous expansion of ‘Minecraft’ viewership.” This is one of the most important things that anyone has said about the game, because it has truly become an empty canvas for millions of people to brighten up with their creativity.

The world is quite literally your oyster in Minecraft, and there is no better time than now to head right into the world and ignite your creative sparks!