Garou, whose original Japanese name is Garoh, is a martial art prodigy, an 18-year-old combat genius. He comes from the Bang Master’s Dojo (Hero ranked 2nd in class S), whose name is the school of the fluctuating destructive fist. The creator of the One Punch Man saga, Murata, has largely confirmed that he was inspired by the esoteric character of the werewolf Garou to create the general appearance of Garou, and also by Bruce Lee, to create his musculature and fighting style.

We also learn that Garou disguised himself with a wolf mask by usurping the identity of a fighter in order to win a martial arts tournament for which he was not registered. He knocked down all his opponents with flawless victories.

II – Birth of an Anti-Hero

Garou is an anti-hero, who has a visceral hatred of heroes and the association of heroes. From a very young age, his classmates played heroes by staging heroes mistreating monsters.

Garou always played the role of the monster in spite of himself, and did not understand why the monster had to lose and die. Garou would get beaten up in every role-play by his playmates, whose leader Tacchan thought he was Justice Man, a TV hero adored by kids their age.

Since that time, his hatred of heroes has grown steadily. As an adult, he calls himself a hero hunter or the human monster. He was fired from the dojo of his former master (Master Bang) after inflicting a correction on all the students of the Dojo of the school of the fluctuating destructive fist.

Afterwards he began to chase away all the most powerful heroes of the association in order to defeat them.  This episode put an end to the dojo on the will of master Bang, only a newcomer learns the techniques of the master, this is Charanko. 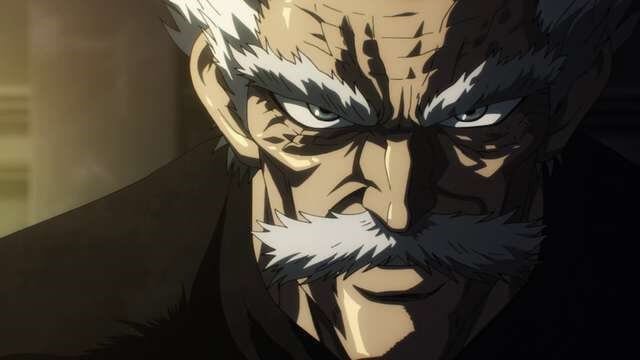 Garou is undergoing several physical evolutions and therefore several changes. As seen previously, the One Punch Man creators, One, was largely inspired by Bruce Lee to create this character. Garou is muscularly very sharp and therefore does not look like a bodybuilder like Master Marcel, hero of the S class, which Garou overcomes with his manner. He has grey hair cut in the air, which ends with two spikes.

This aspect of hair makes one think of a young lone wolf, it is not by chance that Garou has no friends except a young boy named Falot, owner of the almanac of heroes, whom he seems to protect. Garou is dressed in a black top, a white martial arts stocking and the same Chinese boxing shoes as Bruce Lee. 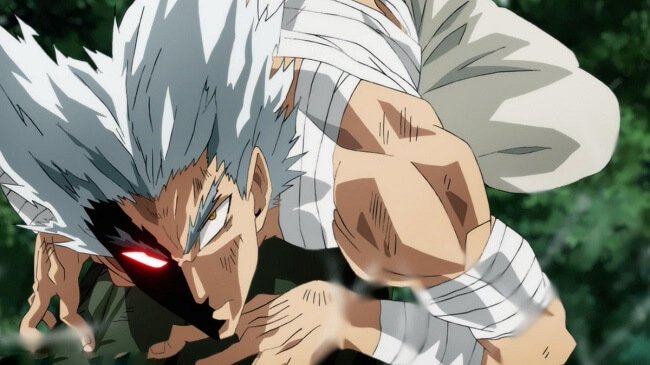 After having knocked down several class A and B heroes (including Death Gatling) at the same time while he was resting quietly, the cyborg demon Genos, from class S of the hero association, appears. Seriously wounded, Garou’s black top becomes a remnant of lacerated bandages, and it is at this point of the fight that his former master, Master Bang, intervenes to destroy Garou definitively considering him as a threat to the Heroes’ association.

Genos thus withdraws from the fight at the request of Bang (Silver Fang). The latter thus confronts Garou with his brother Bomb, also a master in martial arts. Garou thus finds himself facing two masters against him. Badly wounded, his blood now covers his gray hair which becomes blood red, as well as his right eye. 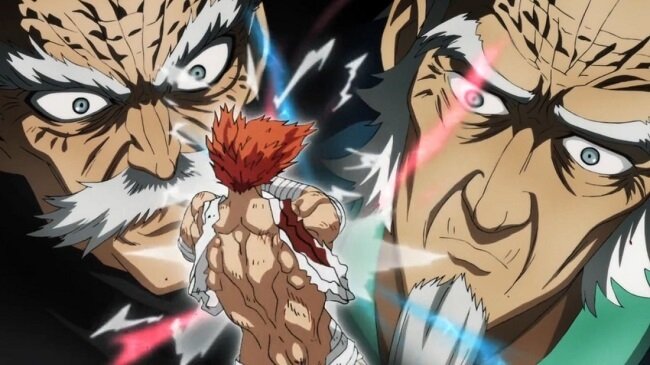 Garou is an extremely arrogant anti-hero, he feels no fear at all, no matter who his opponent is. He has a steely mind and never admits defeat. He is a martial arts genius in the sense that he always learns from the opponents he faces. Indeed his mindset is very strong thanks to his skills.

He learned his basic knowledge from Bang, he faced Master Marcel of S class, played a little with him, taking a few blows and then he knocked him down by analyzing his fighting technique, the same with Batte-Man and Golden Ball. He also learned the moves of guard dog man (S class hero) and managed to tear an arm off Genos when he was already injured. Even on the ground and half-dead, his will is iron and he always gets up again.

Attention Spoiler: having almost died following the repeated attacks of Genos, and of the two masters (including Silver Fang), Garou is saved by one of the monsters of the monster association, Fenikkusu Otoko (known as Phoenix) under the order of the king of the monsters Orochi himself. Garou is then taken to the Monster Headquarters where he meets Orochi and ends up confronting him.

In spite of his serious injuries, he shows incredible endurance and speed. He even manages to surprise Orochi before the latter pierces his abdominals with one of his horns. After that Garou is even more greedy for power because he hates defeat and does not accept it, will he eat the fruit of the monsters that will make him much more powerful and fast, and leave his humanity aside?

The only one that Garou couldn’t face for more than a minute is Saitama, having met him twice, one of them thinking of defeating King, Garou got Ko in less than a minute by the bald caped man, not remembering what had happened, and having crossed a brick wall after a kick from Saitama, which is not his strongest point.

As you saw previously, Garou is improving fight after fight, whatever he win or loose, could Garou could hurt Saitama one day or defeat him ? 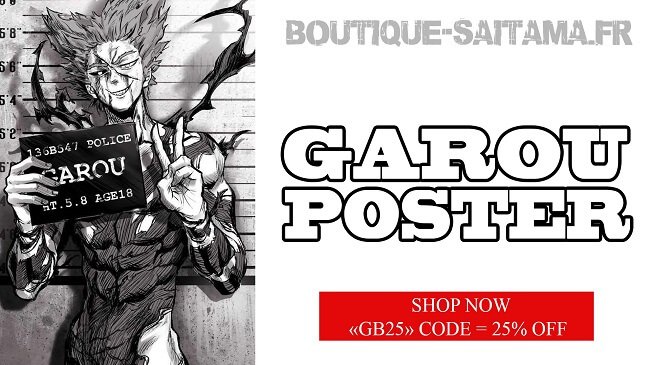