Apex Legends’ New Déjà Loot Mode is Actually a Lot of Fun, In Spite of Some Inherent Issues

When I heard that Respawn Studios would be creating a new limited time mode with fixed loot spawns, I immediately did a triple take (see what I did there?) One of the major unifying factors amongst all battle royale games is the concept of randomly-generated gear – opening a crate or walking into a building could reward you with the highest level shield or the lowest level extended mag.

While it’s true that locations are tiered in terms of possible loot dispersal (meaning that you’re most likely to find garbage loot at the low-tier areas and vice-versa), random chance can still play a large role in how a round goes for a player; after all, dropping at a high-tier location could still stick you with 5 precision chokes and a P2020.

With the new Déjà Loot mode, all of this goes out the dropship. Loot locations are fixed and never change, so a crate containing a gold shield and gold sentinel (left crate on the middle car of the train in Skyhook) will always be there. Once you find a gear cache that suits you, you can land there to your heart’s content and receive a guaranteed loadout every time.

As weird as it may sound, this mechanic works for me. I love putting my abnormally remarkable video game memory to use by memorizing as many loot locations as possible to ensure at least a semi-viable build. I know that Train Yard can be avoided because it has literally nothing useful and I also know Drill Site can provide me with both a golden barrel stabilizer and purple body shield.

This also gets players to visit sites that tend to go unnoticed or ignored, which is a positive in my book. As enjoyable as fighting in Fragment East and West for the 600th time is, I do want to duke it out in Lava City or Dome every once in a while. With fixed loot spawns, these neglected areas could now very well be heavily-contested drop locations. 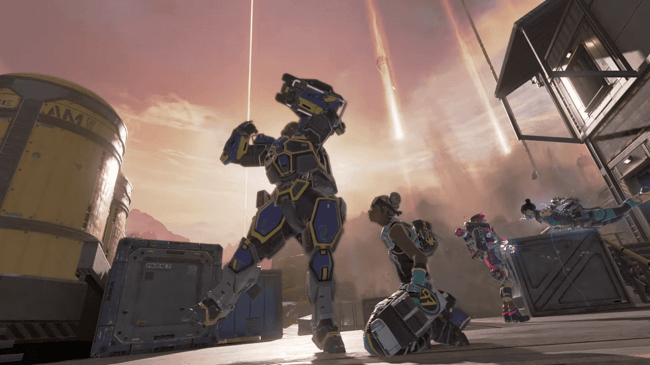 Do I think this system performs better than the randomly-generated loot featured in the normal game? Ehhhh….no, not really.

Despite the satisfaction of getting stacked right off the get-go, it’s fairly hard to do that once other players begin learning all of the best loot spots. I remember my first game after the patch hit, I landed at a building in Epicenter with no competition and found a gold body shield, spitfire, sentinel, and purple heavy extended mag. After an awesome first round, I tried to land there again and got absolutely demolished by the other eight squads that had the exact same idea.

And since players tend to try and drop where the best loot is located, other players are left with the options of either a) participating in a guacamelee against eight other squads or b) dropping into an area that you know has low-tier resources. Either way you’ll have a tough time competing against the teams that made it to the Hunger Games cornucopia first.

Thankfully this mode introduced another interesting mechanic that slightly helps mitigate the issues of overcrowded landing zones. Each day, the dropship flight path and circle movement is locked into a set pattern: so while Overlook may have been the best place to land yesterday, today it’s the farthest location from the final circle.

Be warned, however – where there’s a pattern, there’s a camper.

Once the final circle location and circle movement becomes known to players, prepare to run into entire squads sitting amongst every rock formation, on every cliff face, and within every building along the outskirts of each round’s circle.

On the first day of the event when Skyhook was the final circle site, teams would land there and not move for the entire match. You could find six full squads still alive, holed up in the two buildings that would eventually become the only ones in play. While this is nevertheless a viable strategy, it’s painful to play against after it happens repeatedly (one of the many reasons I stopped playing CoD). 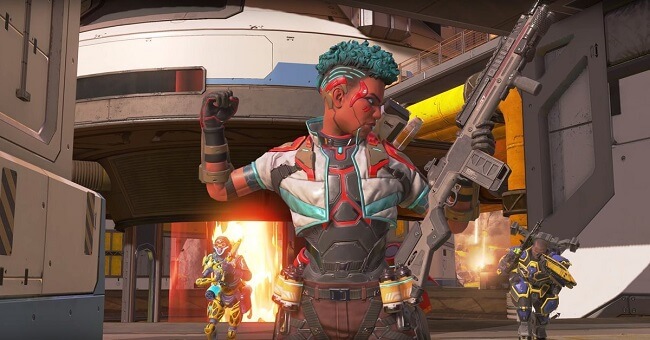 Despite these unavoidable annoyances, I’m still thoroughly enjoying my time with the mode. I’ve worked out a few reliable landing spots that will give a full squad decent mid-tier gear at a minimum as well as completed a few weekly challenges that required knockdowns/kills in areas that normally don’t see much traffic.

Even something like mastering a path that leads to consistently successful rounds is a gratifying challenge, one made possible when loot is not randomly good or bad.

That being said, this is not a sustainable way for a battle royale to work and there’s a reason all major competitors (PUBG, Fortnite, Apex, etc.) feature randomized loot and circles as opposed to guaranteed spawns and set patterns.

So get out there and enjoy the Déjà Loot mode while it lasts, because once these two weeks are over, it’s back to grabbing white barrel stabilizers and thermites in Sorting Facility again.

(P.S. I will hunt you down if you go anywhere near that Skyhook train 🙂 )

What are your thoughts on the new mode? Is there something I missed? Leave a comment below!