In 2020, expect a lot of role-playing games (RPG) for Android devices. Gamers have finally embraced in huge numbers the fun world of interactive and collaborative storytelling that RPGs represent and developers are looking to cash in the growing interest.

It is one of the reasons that there are so many RPGs slated for release in 2020, and although many of the games involve some kind of payment, not all of them do. Here is an extensive look at the 12 best free mobile RPG games for Android in 2020.

Be informed that this list also contains some revamped versions of older games that have some plot and feature revisions and/or alterations. Enjoy. 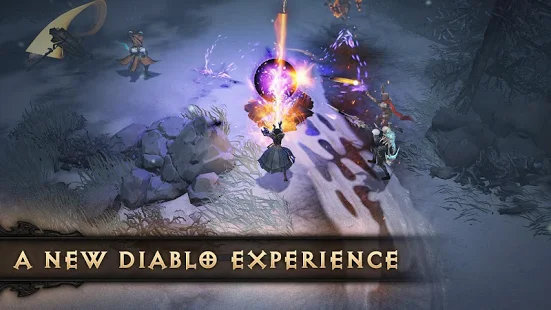 Diablo Immortal is a spin-off of the immensely popular Diablo series by Blizzard Entertainment. The action in the game takes place after the events of Diablo II, Lord of Destruction and Diablo III. Like previous games in the series, Diablo Immortal allows players to assume the role of a hero and to fight their way to glory and salvation.

Diablo Immortal is presented in an isometric view and compared to previous versions of the game; this one has a different control scheme. Players will, for instance, depend on touchscreen controls to move the characters, while attacks can be launched with the help of dedicated icons.

There are 6 character classes to choose from, each of which has several unique abilities. Players can choose to go on their quest alone or combine forces with other players to fight the hordes and bosses lurking in the shadows.

Judging by the previous games in the series, Diablo Immortal is going to be a treat that many game lovers will find endearing.

Unsung Story: Tale of the Guardians

Unsung Story: Tale of the Guardians started as a Kickstarter project way back in 2014 and was originally going to be released in 2015. The game takes place in a medieval themed fantasy land

where spells are cast as songs and magic messes with reality. Unsung Hero is the work of Yasumi Matsumo the famed Japanese game creator.

Although late in its release, many pundits expect Unsung Hero: Tale of the Guardians to be a massive hit, especially because the game has attracted considerable interest throughout the years it has been under development.

Unsung Hero is available for Android, Linux, Windows and iOS.

Commandos 2: Men of Courage is a role-playing game for Android that is developed by Pyro Studios. It has a long history that stretches for some 20 plus years. In the coming year, the game is going to get some revamp that will definitely get some loyal fans excited. For the longest time, the game has only been available on PC, but finally an Android version is in the making.

Before adopting the mobile version, you might want to try the game first on your PC to familiarize yourself with the plot. Be warned that if your computer is not fast, it might slow down even further in which case, you might want to use a PC repair software to boost its performance. 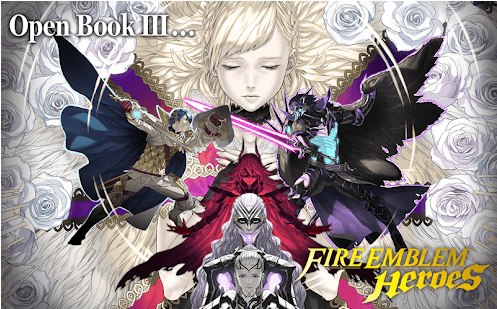 Fire Emblem Heroes is another of those long running PC games that is finally making it to the Android platform. It is one of the most immersive games ever created as it contains 700 story lines each of which offers the gamer a reward upon completion.

The player can then redeem the rewards, orbs in this case, to summon heroes from the Fire Emblem Universe.

Fire Emblem is a beginner friendly game as it allows newbies to engage the auto-battle option that automatically summons heroes as per request. 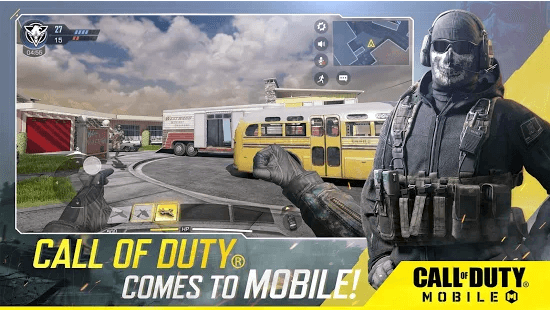 Call of Duty has been in development for quite some time and has recently been launched for mobile. The game strives to be the ultimate first person shooter on mobile. It has seventeen (yes seventeen) sliders that can be used to adjust your aiming sensitivity. Many of the sliders are, however, down to the gun of your choice.

While there is some argument about whether Call of Duty qualifies as an RPG, players are expected to spend considerable time curating their experience and growing into the characters that they choose. Players will also have the choice of navigating 7 maps that are similar to those offered in the PC version.

The game has 5 game modes for mobile, these include: 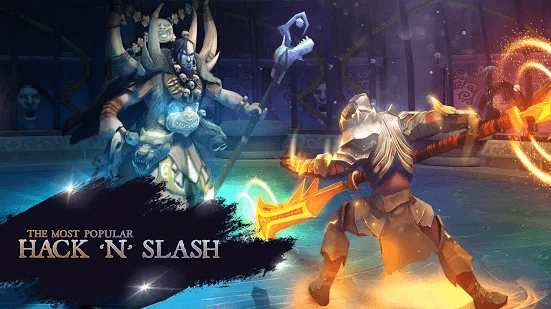 Dungeon Hunters 5 is a classic RPG game in which players hunt down villains and bandits through 94 missions. You can make the hunt solo or band together with up to three of your mates.

Since the game is developed around taking vengeance, players get to unlock weapons, loot and wield up to 900 pieces of armory. Looted stuff can be protected with spells, trap rooms, and over 200 minions.

What makes Dungeon Hunter 5 interesting is that not only can you bond with fellow players, but that you can also steal from them. This helps raise the level of the unexpectedness. 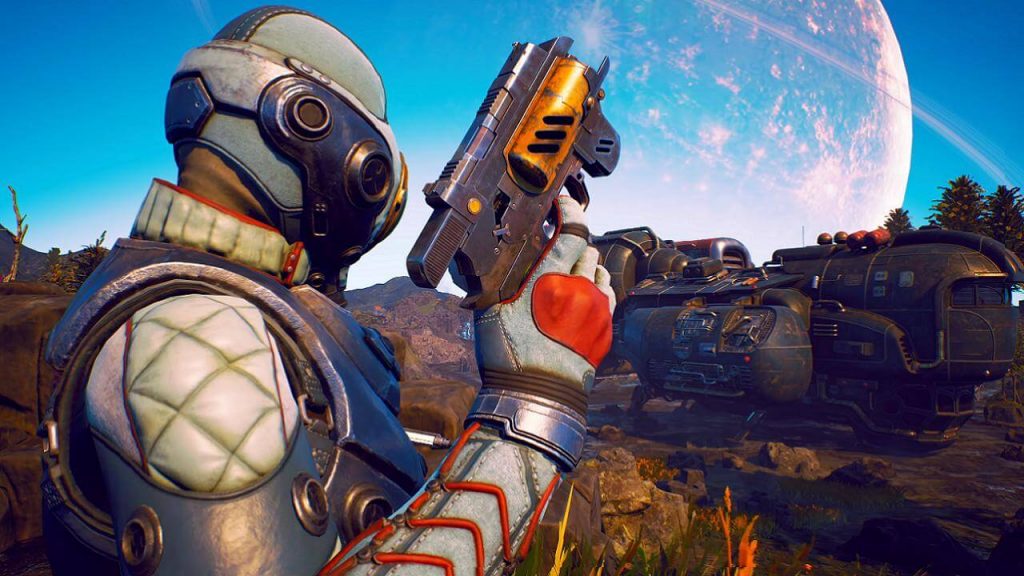 Outer Worlds is a single player game that is set in a futuristic world. It lets you explore the galaxy in a quest to save lives. You will also have the opportunity to unravel a conspiracy that can put humanity at risk.

If you are a fan of science fiction, you will find this game to be amazing and deeply engaging, especially as you explore other worlds with creepy looking aliens. 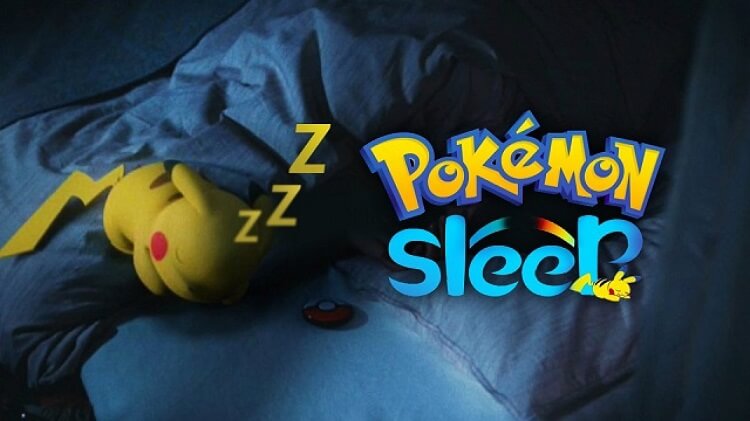 Pokemon Sleep is an extension of the wildly popular Pokémon Go. The game is planned for release some time in 2020. Although not much is known about the game, it works by tracking the amount of time a sleeper sleeps and using that time to affect the game play. In essence, Pokémon Sleep will turn your sleeping habits into entertainment.

The game will be available for both Android and iOS users. 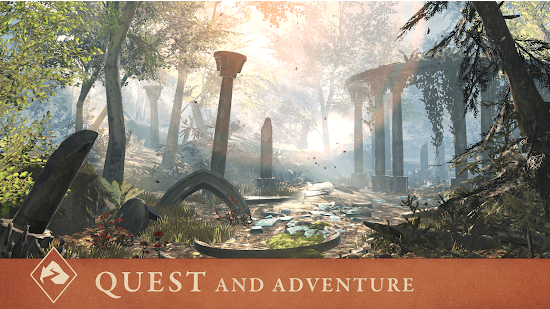 Elder Scrolls: Blades is an action role-playing game that has recently been developed for mobile devices. The game involves taking the role of a secret agent of the empire and rebuilding a city that has been reduced to ruins. It also involves completing quests, gathering resources and exploring randomly generated dungeons.

In the mobile version of the game, you will be able to control your character with the help of intuitive touchscreen controls. 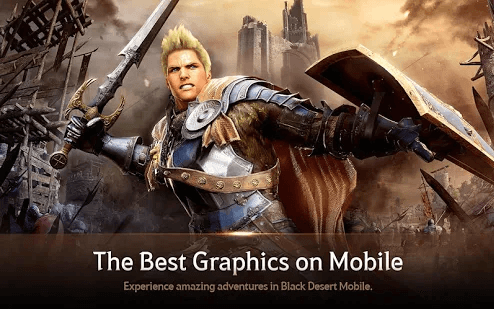 Black Desert Mobile is a special version of Black Desert Online that is specially developed for mobile devices. The game release date is 12 Dec 2019, making it one of the few new RPG games that will be available in the early days of 2020.

Just like the online version, Black Desert Mobile is set in a world that is torn by conflict. The kingdoms of Valencia and the Republic of Calpheon are engaged in war over the Black Stones, magic artifacts that work by increasing the power of weapons or armor used.

Players will be able to select a character from a class of them and gain points as their character completes tasks and gains combat experience. Players can also join guilds and collaborate as factions against similar formations.

Game of Thrones: Beyond the Wall

Game of Thrones: Beyond the Wall is one of the most anticipated RPG games in 2020. It is based on the popular book and television series, Game of Thrones. If you are a fan of the series, you will find the game to be almost familiar and easy to play. There are ravens, weirwood trees, and characters such as Jon Snow, Daenerys Targaryen and many more.

Whatever character you choose, you will have to develop them by gaining combat experience and which will allow you to rise to higher levels.

Because of its expected popularity, the game will likely have an online following and a community that will be unrivaled. 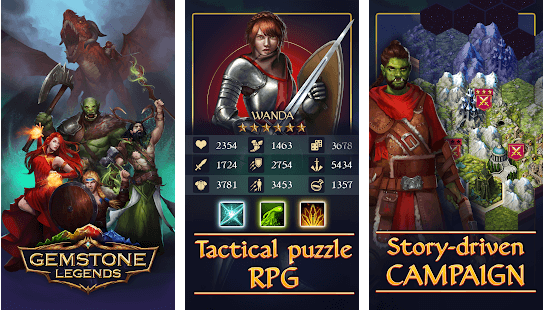 Gemstone Legends is a free high fantasy RPG game whose release date is yet to be announced. Players will be able to assemble a team of heroes with whom they can explore a dangerous underworld, collect treasures and fight monsters in a universe that is on the brink of catastrophe.

The only drawback of Gemstone Legends is that players get to play alone. The game will also feature hand drawn illustrations that depending on how well illustrated they are, might draw people into or out of the game.

Hopefully, this list of the 12 best free mobile RPG games for Android in 2020 will help inform your choice on what games to play come next year.

Gaming surely is fun, but as much as the quality of a game matters, you also need to keep your Android device in top shape with the help of Android cleaner apps. If you are a PC guy, you might also want to learn a few PC tips and tricks that will come in handy especially when your computer starts to slow down.

Whatever you do, whatever game or device you choose, enjoy the games.

The Top List of Upcoming Free MMORPG and MMO Games 2020

Author Bio: Mathew Ngatia is a computer scientist who currently works as a content specialist at Softwaretested.com. He writes on topics related to tech, VPN, digital marketing, gaming, SEO and more. Outside of work, Mathew is interested in artificial intelligence and programming in general and is an avid book reader.