The Elder Scrolls Online Review: Lives Up to the Hype Perfectly

Over 10 million active players have attested to the popularity and hype around The Elder Scrolls Online. Throughout the Elder Scrolls franchise, from Morrowind to Skyrim, gamers have discussed the possibility of an entire Elder Scrolls world.

April 4, 2014 was the Elder Scrolls Online release date for Windows and Mac OS, with PlayStation 4 and Xbox versions coming out a year later. Did Bethesda nail this one? Let’s take a look, as we near the 5-year anniversary of the game’s release.

● All the key details from Morrowind, Oblivion and Skyrim are preserved and unified within one game. Old school fans of the franchise love The Elder Scrolls Online.
● Despite the same gaming style, Bethesda and ZeniMax Online Studios joined forces to present a storyline 800 years before either Morrowind or Oblivion.
● Three factions contest the vacant imperial throne. The Aldmeri Dominion, the Daggerfall Covenant and the Ebonheart Pact are all comprised of different races and are faced with the imminent danger of Molag Bal, the Daedric Prince of death and destruction
● You engage in quests with the faction that your race belongs to, along with ones in the questline to stop Molag Bal from merging his Coldharbour real with our world.
● Dungeons, raids, and world quests comprise an ever-growing The Elder Scrolls Online world.
● PvP with a myriad of different options for crafting and combining weapons and armor.

What we loved about The Elder Scrolls Online 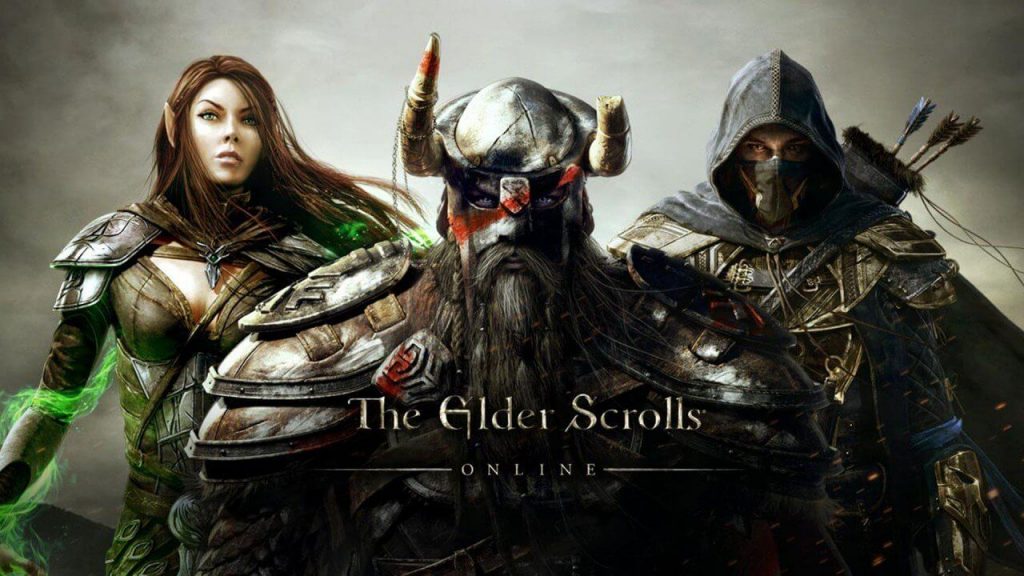 If you love old school MMORPGs and original stories, play The Elder Scrolls Online. You will enjoy the perfect mix of realistic graphics and immersive gameplay, with a perfect homage to lore of the past games. What we always loved about the Elder Scrolls franchise is the malleable lore, with constant developments in each factor and each part of Tamriel.

The tones within natural objects are true to real-life settings, as well as the hues of armor and weapons during battle. Many MMORPG games didn’t take care of changes in graphics during player movement. With The Elder Scrolls Online, you will play through a fluid combination of city and nature, of wood and stone.

Younger gamers were ecstatic because the engine Bethesda used for the game allows for customization. The Elder Scrolls community has always been big on custom content, so The Elder Scrolls Online addons and plentiful. Alienating their loyal fan base would have been a mistake, and they executed the ever-present “player modification issue” perfectly.

Tradition and innovation – what The Elder Scrolls Online is all about

What is the one thing that brings together all Elder Scrolls titles? That’s right – you begin the game as a prisoner. It’s this shift of fate that makes every Bethesda game so dynamic and entertaining. Here, it’s the same case that makes you play Elder Scrolls Online.

As tradition dictates, you emerge as a tortured husk from the prison of Coldharbour and start organizing a counter-offensive to free the cosmos from the dangers of Molag Bal.

In addition to this wonderful story, there is so much side content. Saying that Elder Scrolls fans buy the game for side quests and DLC is a long-standing joke in the gaming community, but this time – it may be true. DLC sets such as Dragon Bones, Murkmire and Clockwork City stand as some of the best DLCs such as Knights of The Nine. The Elder Scrolls Online Reddit community has showered Murkmire with praise ever since its release.

If you want immersive combat and interesting storylines, don’t hesitate to find some inexpensive CD keys for The Elder Scrolls Online.

Bethesda are usually credited with being the first gaming producers that focused on small-scale DLCs, instead of whole expansions. Throughout the Elder Scrolls saga, we’ve seen jewels like The Elder Scrolls IV: The Shivering Isles. What makes these DLCs so amazing is the small additions to the gameplay, intertwined with big changes to the storyline.

Thankfully, Bethesda decided that they will continue in the same manner, announcing the release date of The Elder Scrolls Online – Elsweyr, June 4, 2019.

The brand new DLC, during the Season of the Dragon period, will bring us a lot of things TES fans are dying to see. We finally get to see the return of dragons to Tamriel, as they set to destroy the ancient homeland of the Khajit – Elsweyr.

Coincidentally, this will also be the new zone, one that will allow players much more exploration and fun than ever before. However, there’s a detail that excited us more than anything else – the introduction of necromancers as a new class.

The Elder Scrolls Online had always had an excellent choice of ideas for classes. However, most of them were a bit on the “good side.” Necromancers are known to be the main henchmen for the antagonists of Tamriel’s long history.

Remember all the creepy and sudden encounters in the ruins and caves in Oblivion and Skyrim? Sure, you do. Trying out some dark magic will definitely bring a new flavor to PvP action within the game, so we’re eager to wait out around four more months.

Defend yourself from dragon attacks in The Elder Scrolls Online: Elsweyr

It was officially announced that the bulk of the world events would be dragon attacks. However, these won’t be similar to the ones we’ve encountered in Skyrim. Whole raids will be needed if the dragon is to be defeated. Stand-alone quests related to dragons and their lore will also be a key cog in the storyline and “mechanism of the entire expansion.

Sunspire is yet another addition, but we don’t know a lot about this mysterious 12-player trial. Bethesda is obviously listening to their fans and are upping the PvP game.

Don’t think that you only have to fear other players, though. Roaming bands of Khajit bandits are moving all across Elsweyr, posing perhaps the biggest challenge to anyone playing the game.

You can pre-order Elsweyr now

Pre-purchasing the game now will lead to many unique and rare awards. The Rahd-m’Athra, a mythical dread steed, is perhaps the most awaited award. It will be a one-time only giveaway, with no appearance of the rare mount ever again.

As we await the release of Elsweyr, there are rumors every day about stories from different expansions being connected with each other. We will update you on any confirmed news about new additions to the story. Enjoy the Season of the Dragon and get ready to be incinerated!

If you can run this game, don’t wait a moment longer!

Why should you play The Elder Scrolls Online?

● An ideal mix of a captivating storyline and engaging battle
● All the monsters and myths from past Elder Scrolls expansions have been revived, resulting in the ultimate experience for lore fans
● A community big on customization and enhancing the original game
● Even the developers are constantly investing effort into perfecting existing features and adding new dungeons, world quests and unique stories

Don’t forget to leave a comment below and let us know what you are thinking about this game?

Hello,I read your new stuff named “The Elder Scrolls Online Review – The MMORPG of Your Dreams?” on a regular basis.Your humoristic style is witty, keep up the good work! And you can look our website about free proxy.