How to Avoid Legal Pitfalls to Keep Your Stream Online

Plenty of people are getting into streaming these days, and a lucky few have even been able to make it their day job to play videogames. While most of us tend to skip over the terms and conditions of online services, when it comes to Twitch, not being aware of the legalities could cost you your account.  For some gamers, being blocked is just an inconvenience; however, for those who make an income off streaming, the consequences can be expensive.

Twitch has recently updated some of their rules, and while most seem like common sense, there are a few less obvious ones you’ll need to watch out for.

A Crackdown on Copyrighted Material

For starters, Twitch has become more active in controlling what is happening in the background of your content.

Today, playing the wrong kind of music on Twitch can lead to your stream or VoD being muted, or potentially removed, if the copyright holder decides to take legal action. On live streams, it’s difficult for Twitch to control what music’s being played. However, if you allow playback at a later date, most of your video could be silenced if it features copyrighted audio. 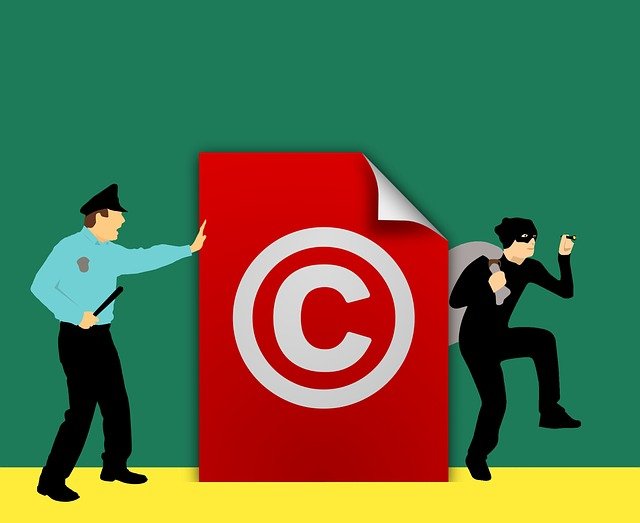 This means that when you’re playing music in the background of your stream, you need to make an effort beforehand to check that it’s not copyrighted. As an alternative, you can search the web for artists and composers that are fine with their music being shared, royalty-free.

One surefire way of avoiding the issue is by visiting reputable sites that offer an extensive collection of non-copyrighted music for streaming. With the tunes taken care of, you get more time to focus on creating fantastic content.

No Cheating To Bump The Viewer Count

Obviously, you’re not the only one online trying to gain more viewers, the majority of streamers are.  While some stream purely for personal pleasure, those chasing financial reward from ad companies benefit the most from boosting their viewing numbers.

In the competitive arena of videogame streaming, some gamers resort to what’s known as “viewbotting” to artificially jump up the leaderboards. Viewbotting is essentially paying a disreputable company to create fake bot accounts to view your stream.

Though it can be a tempting way to move up the ranks on Twitch, it’s effectively advertising fraud.  Advertisers target popular streamers to reach out to a specific audience base, and if they invest in adverts for someone who’s lying about their true popularity, a streamer can land themselves in big trouble.

What’s more, those who do get caught out have an extremely hard time starting over.  One example is Evan “Winter” Ballnik, who was once arguably the top Starcraft streamer in the world.  Other streamers noticed there was a large discrepancy between the number of viewers apparently watching Winter’s streams, and those leaving comments.

At first, there was no hard proof that he was cheating, until fellow streamer, Nicholas “NickHots” Wuollett, published an 80,000-word document that provided hard concrete evidence Winter was using a viewbot service.  Although Ballnik hopes to regain his former popularity, there’s a good chance his reputation is beyond saving, and he serves as a warning that those who get caught are sure to get banned and lose all their hard work.

Can Your Game Choice Land You In Hot Water?

Another point to remember is that not all games are allowed to be streamed on Twitch. Games get awarded different censorship ratings in different countries, and Twitch has an extensive list of ‘Banned Games.’

The banned games tend to fall in one of two categories; either they have an official ESRB rating of Adults Only, or they violate Twitch’s Community Guidelines. Those that break the Community Guidelines usually feature hate speech, sex, nudity, gratuitous gore, or extreme violence.  Fortunately, some popular Adult Only games, such as Grand Theft Auto: San Andreas and Fahrenheit: Indigo Prophecy, have been remade with a Mature rating, making them playable on Twitch.

Some mature themes are allowed on Twitch, but as the company wants to attract viewers of all ages, it’s worth trying to keep extreme streams to a minimum or mark them with a Mature Content warning. Additionally, some countries have outright banned certain games, and if you’re streaming from one of these regions, you won’t be allowed to stream a banned game on Twitch.

It’s important to note that you’re not allowed to give out your own or others’ personal information while streaming on Twitch and doing so can result in a temporary or permanent ban.  Publishing others’ info online is known as “doxxing,” and in the past has led to streamers being harassed and bullied online.

At its most extreme, doxxing has even led to some streamers being “swatted.”  Swatting is the practice of using someone’s home address to make a fake emergency call to send armed police to their home, which is at best irresponsible, and at it’s worst, deadly.  While not related directly to streaming, one unfortunate victim of swatting was shot by police in 2017, and it’s unfortunately prevalent on Twitch.

On the topic of privacy, it’s also worth noting Dr. Disrespect’s recent ban at the world’s best-known entertainment expo, E3. While the famous streamer has been known for poor conduct in the past, his most recent lapse of judgment entailed allowing himself to be streamed in a public restroom at the event, and resulted in an immediate ban.

The Twitch community guidelines state that a streamer has must be dressed modestly, in a manner appropriate for all ages.  The point of Twitch is for people of all ages to be able to enjoy watching others play videogames, whether they’re 7 or 97, so streams need to be family-friendly.

Twitch has stated that they will be “evaluating whether a stream’s intent is to be sexually suggestive,” meaning they’ll take into consideration aspects such as camera angles, attire, and overlays.  The rules apply to men and women, and in 2014, the company updated its regulations to clarify that neither is allowed to appear shirtless in streams.  As a rule of thumb, Twitch states that your gaming outfit should be “suitable for a public street, mall, or restaurant.” 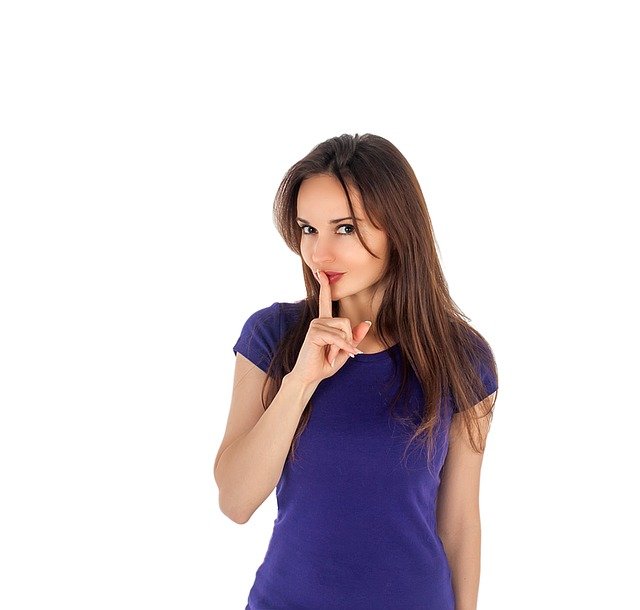 Cursing during your streams is prohibited unless you add a Mature Content disclaimer, and hate speech and racial slurs are outright banned.  One of the world’s foremost streamers, Ninja, learned first hand that Twitch doesn’t joke around when it comes to enforcing their policies.  During a live stream in early 2018, Ninja caused outrage among his fans and viewers by uttering an extreme racial expletive while rapping along to the song “44 More.”

Following the backlash, Ninja issued an apology on Twitter, but the damage had already been done.  While Twitch didn’t permanently ban him for this rule-breaking, the controversy – amongst others – have likely led to his plummeting viewer numbers.  It’s worth bearing in mind that Twitch is a public platform, and while your behavior may not technically breach the community guidelines or result in a ban, it will always affect your reputation.

Can You Crack a Beer on Twitch?

Drinking alcohol, smoking, or vaping are allowed in streams in moderation if it’s not against your local laws. A famous example of this would be the time renowned rapper, Snoop Dogg, smoked a blunt on Twitch but wasn’t banned due to California’s relaxed marijuana laws.

The American videogame website, Polygon,  reached out to the company for clarification of their stance surrounding local vs. international laws, after one streamer received a message from Twitch regarding their use of marijuana. 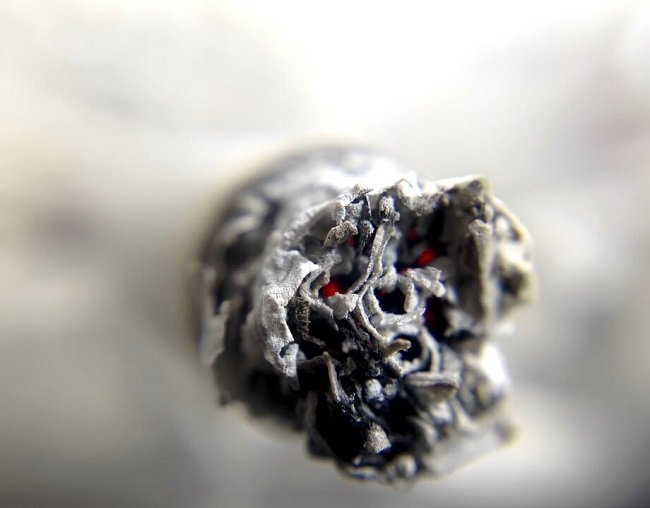 Twitch’s message read, “We discourage broadcasters from the use of marijuana on our services. If doing so violates your local laws, causes you to inflict harm upon yourself, or is a focus of your broadcasts, this activity is entirely prohibited from broadcast.

If broadcasters do engage in this activity, the Mature Content warning must be enabled. Please refer to our “Rules of Conduct (Twitch’s Rules of Conduct)” regarding breaking the law, self-destructive behavior, and non-gaming content for more information.”

According to the Twitch Community Guidelines, players must “respect all applicable local, national, and international laws while using our services. Any content or activity featuring, encouraging, or soliciting illegal activity is prohibited.”

The guidelines also state that players must not participate in self-destructive behavior, which the company defines as “activity that may endanger your life or lead to your physical harm. This includes, but is not limited to suicide threats, intentional physical trauma, use of illegal drugs, and drinking excessively.”

You, as a streamer, are partially responsible for your viewers’ behavior – all of Twitch’s guidelines apply to them as well, and you have to do your part to help moderate the conversation.  You can – and should – mute or ban viewers that take things too far or begin to breach the guidelines; however, you aren’t allowed to respond negatively to them.  A friendly debate is fine, but you can’t start cracking down on what’s being said, just because you don’t agree with it.

Whenever Twitch comes out with new rules, it’s usually to make sure the focus stays on the game or streaming subject and aimed at preventing streamers luring in new viewers with gimmicks. For the most part, the company just wants everyone to have fun in a safe environment, and when the users are creating the content, Twitch has to be clear and firm about what they expect from everyone who uses the service.

So, before you boot up for your next session, it’s worth taking another peek at the Twitch Community Guidelines for a quick refresher to avoid getting into trouble.  And it doesn’t hurt popping back from time to time to make sure you haven’t missed any updates to the list that could harm your streaming potential.

Nobody expect the spanish inquisition on twitch for sure! Good job!

I’m looking to start up a 24 hour charity stream and this was super helpful. I was gonna get banned for sure. Haha. Thank you. X

This website uses cookies to improve your experience while you navigate through the website. Out of these, the cookies that are categorized as necessary are stored on your browser as they are essential for the working of basic functionalities of the website. We also use third-party cookies that help us analyze and understand how you use this website. These cookies will be stored in your browser only with your consent. You also have the option to opt-out of these cookies. But opting out of some of these cookies may affect your browsing experience.
Necessary Always Enabled
Necessary cookies are absolutely essential for the website to function properly. This category only includes cookies that ensures basic functionalities and security features of the website. These cookies do not store any personal information.
Non-necessary
Any cookies that may not be particularly necessary for the website to function and is used specifically to collect user personal data via analytics, ads, other embedded contents are termed as non-necessary cookies. It is mandatory to procure user consent prior to running these cookies on your website.
SAVE & ACCEPT
wpDiscuz
3
0
Would love your thoughts, please comment.x
()
x
| Reply