Despite some initial technical hiccups, the Phantasy Star Online 2 closed beta managed to, in its short 31 hour runtime, become the most enjoyable gaming experience I’ve had in a very long time.

As I mentioned in my previous article, I am no stranger to PSO2 or the Phantasy Star series (I have played Phantasy Star ZERO too, not just Phantasy Star Universe as I stated in my article). That being said, I only managed to stay on the JP version of PSO2 for a year or so before ultimately giving up.

Between the 1) large chunks of untranslated text, 2) hoops you had to jump through to obtain the premium currency (the Japanese Captcha boss is still the game’s hardest enemy), 3) horrendous lag one could experience by connecting to a JP VPN, and 4) small minority of English-speaking players, the hurdles of playing soon outweighed the fun I derived from it.

With this small glimpse at the Western release version, it is obvious none of these issues will plague gamers.

I didn’t play any of the main story missions since I wanted to save that for when the full game releases, but from what I did experience – namely the cut scenes associated with the tutorial, the Casino, and Franca’s Café – the dub seems successful.

This is a big deal: anyone who watches anime or Netflix’s original series Dark knows just how horribly wrong dubs can go, and it can end up turning off a large portion of your audience.

Thankfully, even if the dub did bomb or bombs in the future episodes, there is always the option to convert everything in the game to the original JP, though this doesn’t quite help the players (like me) who craved an English adaptation. This was, after all, a major reason why I gave up on playing story missions in the JP version. It’s hard to be invested in something that you can’t truly follow along with. 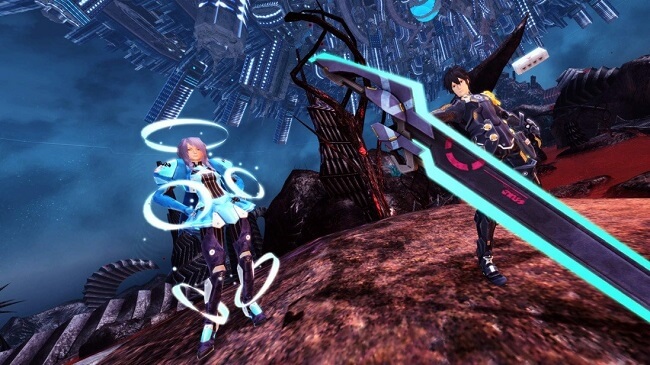 Speaking of things that are difficult to follow, I would be lying if I said I didn’t feel a bit overwhelmed by the sheer amount of stuff PSO2 offers players right off the bat. Fresh out of the tutorial mission, I was bombarded with dozens of client orders and alert messages signaling the availability of new quests from NPCs I’d never even heard of, let alone seen.

Every click in the UI Hotbar resulted in pages upon pages of support information, explaining everything from alliances to titles. While this type of tutorial can be helpful in certain situations, it usually causes me to skip to the last page just so I can get this giant window out of my way, which was especially the case in the closed beta when each second was crucial.

Being overwhelmed in an MMORPG is not an occurrence unique to PSO2; if anything, it’s to be expected. This is a good sign, regardless of how it may feel to someone just starting out.

While this sensation can occasionally stem from confusing mechanics or convoluted systems, it typically comes about because of the scale of content available to the player. This is extremely important: an MMORPG that fails to overwhelm the player will eventually fail to retain that player. If the starting content is so basic and minimal that a day-one player can already fully understand it, there will soon be nothing to learn and nothing more to accomplish.

Playing PSO2, especially as a new player, can seem like trying to take a drink from a fire hose. It may be insane at first to parse through all the information present, but you will eventually get it and appreciate just how much there is to know and do.

Content is what gives MMORPGs longevity, and there’s a reason PSO2 has prospered these past eight years in Japan (aside from the waifu costumes and killer collabs, of course).

Another facet of the Phantasy Star games that has always appealed to me that shone clearly in the closed beta was the complete lack of the classic “holy trinity” found in many MMORPGs. While PSO2 does have classes with support abilities, such as Techter, or defensive abilities, like Hunter, healing and tanking roles are secondary to damage-dealing and in most cases, unnecessary.

I participated in almost every type of urgent quest Sega made available during the 31 hour timeframe, and none of the raid-like battles required that a segment of players queue up as healers and another as tanks. While yes, some players were healing and buffing and others were taking shots, the success of our mission did not hinge on their roles. 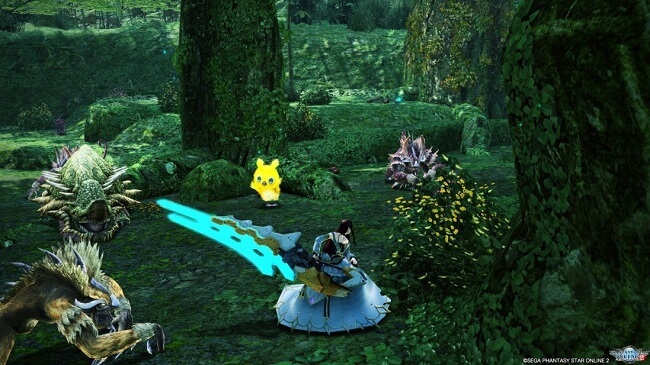 For those accustomed to the tank/healer/damage-dealer trichotomy, PSO2 will feel freeing. It is still very much a team-focused game, but no one is relegated to a support role unless they themselves opt for it. I know the sole reason I ever played a tank in WoW or ESO was to get faster dungeon queue times, and I was definitely not the only one.

With such a focus on damage dealing, I couldn’t help but feel like the closed beta was waaaaaay too easy, almost alarming so. Now this genuinely took me by surprise since I played PSO2 back when it was still in Episode 1 (which just so happens to be the episode the closed beta released in), and it never felt as easy as it did now.

It got to the point where it took longer to re-enroll for the Falz arms and Big Varder urgent quests than it did to actually complete them. I realize my party and I were only running these missions on hard, but I would at least get to fight against the arms long enough to appreciate the stellar music in my JP experience with the game.

My first thought was that the closed beta test was purposely made easier in order to get more people to play and thus give Sega developers more data to work with. However, after sifting through the plethora of PSO2 Reddit posts regarding the closed beta, I found some rather helpful explanations for this conundrum.

Kudos to XLauncher for the insightful answer, and to boil down their post, it’s not that the game got any easier. No, instead it’s just our classes and PAs/techniques that got stronger. According to them, the game we are playing now has gone through multiple phases of power creep – these buffs, though, never hit the enemies of the earlier Episodes.

Therefore, a level 96 Vol Dragon will always get mopped up because he is an Episode 1 enemy.

Post-Episode 3 is when enemies learn new abilities, begin hiding their weakspots more effectively and more often, and become overall harder to deal with. On top of that, there are six difficulty levels in the JP version, with most endgame content being completed on the two highest. These difficulties give enemies exponentially more health and damage, while simultaneously granting bosses additional phases.

This to me sounds like the best of both worlds. Casual players are able to complete everything in the game without getting discouraged because of the intense difficulty. Hardcore players, on the other hand, will have ample opportunities to challenge themselves. 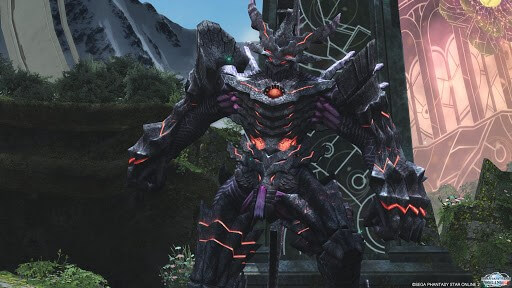 As with any closed beta test, PSO2 still has some kinks to work out (text not fitting, text completely missing, audio and visual glitches, etc.), but it was still one of the smoothest betas I have ever participated in. Honestly, this closed beta ran smoother than most games do on full release (I’m looking at you Gears of War 5).

Additionally, the social media support on the PSO2 Twitter has been very helpful and informative, with the PR rep/s replying to a vast majority of players posing questions. Hopefully, this trend continues or at least transfers to the official website.

Ultimately, anything can happen in the future, but if the turnout for the PSO2 closed beta is any indication, this is a game that will enjoy a deservedly large player base upon its release.

Now if only the open beta would hurry up and get here, I need my fix.

What were your favorite parts of the PSO2 closed beta? Let me know in a comment below!