JoJo’s Bizarre Adventure Part 6 Anime: When and What To Expect from Season 5

Ever since JoJo’s Bizarre Adventure Golden Wind finished airing in 2019, which was the adaption of the famous Part 5 Vento Aureo, fans have been impatiently waiting for the next season of the anime. While an adaption of Part 5 and split into two halves, Golden Wind was Season 4 of the JoJo anime series, because the first season covered both Parts 1 and 2.

This means that the adaption of JoJo’s Bizarre Adventure’s Part 6, the Stone Ocean arc, will be Season 5 for the anime instead of 6. Now that we have this little detail sorted out, let’s jump into the real reason why you’re here! Your questions such as ‘will there be a Stone Ocean series’, ‘will they adapt Part 6 of JoJo manga in anime’, ‘what is JoJo Part 6 anime release date’ will all be answered below, as the JoJo’s Bizarre Adventure Store has collected all the currently known details from reputable sources in one place for you!

JoJo’s Bizarre Adventure is one of the most popular anime and manga series in recent times, known for its very iconic characters and unique take on the genre which only the versatile Hirohiko Araki can bring to the table. While all the Parts from 1 to 6 are sequels to each other, they are different enough to each other to justify their existence, with a new JoJo being introduced as the protagonist every time. This is the reason that it has not lost its popularity even today, and has spawned many anime adaptions, a live-action adaption, and tons of video games and merchandise. 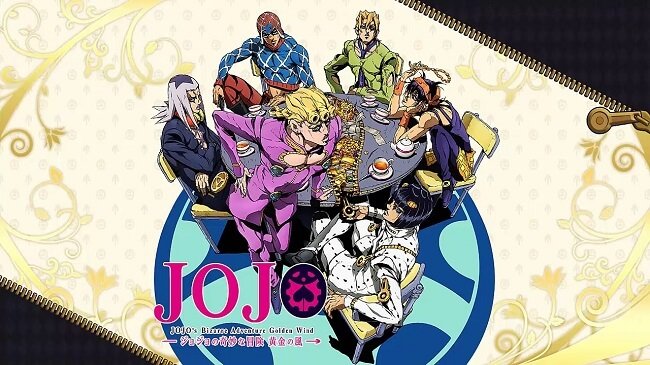 However, it is still not as famous as the likes of Dragonball Z, One Punch Man, or One Piece, and that’s why before making a new season of the anime they always ask the fans to support the current one as much as they can so they can justify the existence of the sequel from a financial standpoint.

After the Vento Aureo story arc, Part 5 of JoJo’s Bizarre Adventure was adapted in Anime form as Golden Wind, it quickly became one of the most-watched and talked about anime from 2018 to 2019. Once fans were done watching it, they started asking about the next season which would adapt the Stone Ocean story arc from Part 6 of the manga.

Neither the studio nor Araki has given an official release date or confirmation yet, but according to Monsters & Critics – the David Production (the studio working on JoJo’s anime adaptions) studio essentially stated that ‘We want to adapt Part 6 of the manga in anime, but for that, we need the fans to support the current seasons of the show’. That not only means watching it on TV when it aired, but also supporting its merchandise and DVD/Blu-Ray releases as well as streaming it on the internet legally.

This does not mean that the anime is not being worked on, however, because when asked about the previous anime adaptions of JoJo’s Bizarre Adventure, David Production used to say similar things, just asking fans to support the current release before they can get into the next one. It is entirely possible that they are already producing it, and are simply waiting for the right time to announce it. Both the animation studio and Araki himself are secretive about new announcements until they believe it’s the right time to do it.

Another important reason to keep in mind for a late release/announcement is the fact the world right now is in the middle of a pandemic due to the unfortunate Covid-19 virus. Many anime series and even manga chapters have seen delay due to work-from-home orders of the government, with either delays in production altogether or sudden breaks in the release of previously announced content.

Not to mention the fact that the anime adaption of Golden Wind (Vento Aureo, Part 5) was announced by Hirohiko Araki at the “Ripples of Adventure” art exhibition in 2018, which means they could simply be waiting for the time when conventions are safe again and then announce it at a big stage instead of online news outlets.

According to GameRevolution, the director of the series Naokatsu Tsuda stated during the Anime Boston 2017 that he wants to adapt all of the parts of the JoJo series, and that is why he includes the different Joestars in the openings. That confirms that the intent to adapt every part of the manga is in full throttle, it just needs the time, money and support from fans.

On top of it all, Ray Chase and Phill Reich, who voiced Giorno Giovanna and Bruno Bucciarati, hinted that they would need to practice Floridian in order to voice act for the characters in the Stone Ocean anime adaption. While this can be just wishful talk, it can also mean they might already be preparing to work on it.

So, what all of this means is that we do not have an official release date for JoJo’s Bizarre Adventure Season 5, but this does not mean it is not happening soon. The latest season Golden Wind ended in 2019, and we are currently in 2020. So, the next season might be revealed either by the end of 2020, or sometime in 2021, and eventually finish airing sometime in 2022.

What To Expect From JoJo’s Bizarre Adventure Season 5

JoJo’s Bizarre Adventure’s Part 6 is called ‘Stone Ocean’ and has been completed in Manga form in 2003. The story introduces the first female Joestar in the series, who is the daughter of the iconic series mascot Jotaro Kujo. Her story begins when she is framed for murder in an attempt to kill her, by the ridiculously overpowered antagonist Enrico Pucci. She is joined by many friends and allies who help her escape and the story even includes Jotaro Kujo’s last appearance. Together, they all try to stop Enrico Pucci from bringing Dio Brando’s final plan to life – to reboot the universe in his image, where everyone would be aware of their fate and be bound to it, and to erase the Joestar family’s existence from the face of the planet. 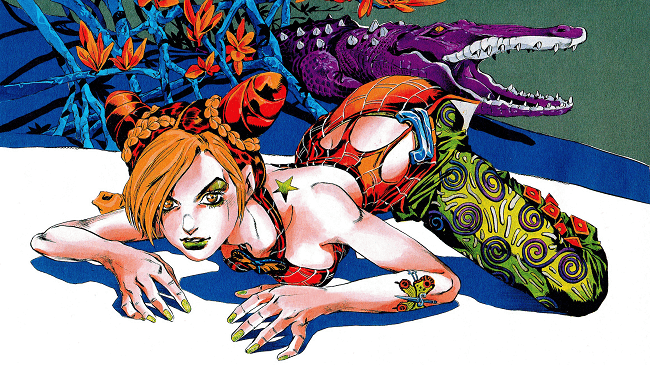 So, there we have it, the Season 5 of JoJo’s Bizarre Adventure anime, which will adapt the Stone Ocean arc of Part 6, will most likely be revealed sometime around the end of 2020 or the beginning/middle of 2021. There is a lot of content to go from, as Part 8 of the series is currently on-going in manga form, called JoJolion and the anime only recently adapted Part 5. The adaption of Part 6 is only being delayed due to Covid-19 and also to see how much fans support the Golden Wind anime. So, if you haven’t shown your love for the beautiful Season 4 of JoJo’s Bizarre Adventure anime, go and watch it right now!

For more information check out JoJo’s Bizarre Adventure Store, where they have an endless supply of quality merchandise worthy of your collection!