The 5 Nintendo Games I’m Most Thankful For

I realize that by the time this article is published, yet another Thanksgiving will have come and gone. In spite of this, I would still like to give thanks to several video games that have had the greatest impact on my life.

Some of my earliest, happiest memories are those associated with video games, and prior to entering high school, all of the video games I played were on Nintendo gaming systems.

Ever since that momentous introduction into the gaming world, video games became a quintessential part of my life. It didn’t matter how busy I became or how many responsibilities I carried; I always made time for gaming, and that still applies to this day.

Therefore, to express my gratitude towards a medium and a company that has literally meant the world to me (and hopefully means the world to you), here are the five Nintendo games I am most thankful for: 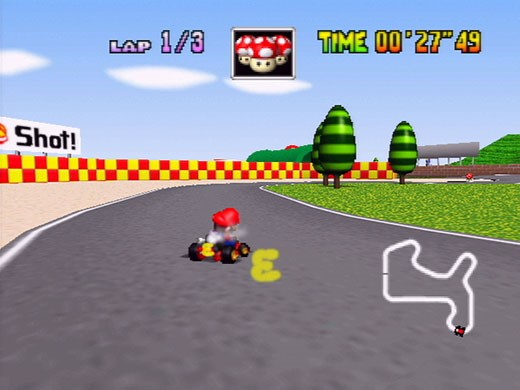 This game holds a special place in my heart, as it was the very first non-handheld console game I had ever played.

Prior to owning the Nintendo 64, I possessed only a handheld console: a green Game Boy Color. This was a miraculous machine featuring a plethora of amazing games – but the 64 was on an entirely different level.

In addition to being my first “actual” console game, Mario Kart 64 was also the first (and last) video game my father ever played with me. Don’t worry; he didn’t die if that’s what you’re thinking. He just never really got into the various other games I played.

Since I was accustomed to playing games with just a d-pad and a few buttons, the transition to a controller proved fairly difficult.

And not just any controller mind you, we’re talking the N64 controller; you know, the one that looks like aliens tried making a device for human hands without having ever actually seen human hands before?

Thankfully, I had my dad there to encourage and guide me. Before I knew it, I was racing on Rainbow Road with mirror mode activated (and failing miserably).

Nevertheless, sniping Yoshi with a green turtle shell while jumping over a homing red turtle shell is a moment in my gaming history I won’t soon forget.

Mario Kart 64 may not be the best Mario Kart game – that title belongs to Mario Kart: Double Dash – but it’s the one I will always cherish above the rest. 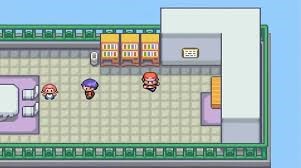 Yet another of my video game “firsts”, Pokémon Fire Red was my initiation into the ground-breaking series.

Now when I say initiation into the series, I do not mean into the world of Pokémon as a whole; I was heavily involved in the television series and the trading card game well before I possessed Fire Red.

Still, the show and cards couldn’t hold a candle to the game. Few things are more fantastical than being transported into the Pokémon universe, traveling with a team of your own design.

I was enthralled. It’s one thing to watch Ash, Brock, and Misty adventure/battle and another to actually be the one battling and exploring. Pokémon Fire Red bridged the gap between fantasy and reality that I so desperately desired.

Between lazy Sundays and dozens of vacations and long car rides, I must have spent countless hours sprinting through patches of long grass searching for my next favorite party member.

This was also before I took a bite from that bitter apple and learned what IVs, EVs, breeding, and natures were (thus forever ruining my Pokémon innocence…).

Oddly enough (and I’m sure this will land me in gamer purgatory), I never cared to finish the Pokédex. This is ironic, considering that I can’t play a game now without shooting for 100% completion.

As a result, whenever I think back to Pokémon Fire Red I reflect on simpler times and my own innocence, unsullied by my present perfectionist complex. 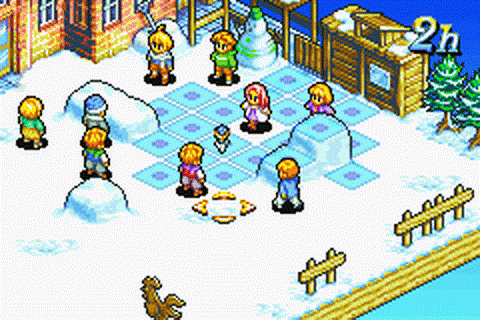 Funnily enough, Final Fantasy Tactics Advance was (you guessed it) the game that marked my entrance into the Final Fantasy series. And what an underrated gem it was.

Whenever I see or hear anything having to do with the Final Fantasy universe, it’s 9 times out of 10 in regards to the “main” games – the ones with the numbers at the end of their names.

Moreover, 9 times out of those 10 times, the only Final Fantasy anyone even bothers to talk about is Final Fantasy VII. We get it; Cloud has gravity-defying hair and a huge sword, big whoop.

This sad fact of life means that practically all Final Fantasy offshoot games (such as Final Fantasy Tactics Advance) dissolve into the mire with little to no recognition. This is devastating, since these games are some of the best the series has to offer.

I have not played Tactics Advance in at least eight years, and I still vividly remember the songs, maps, and main characters of the game. I’ll catch myself walking through my house whistling a battle song that you only hear in a single side mission.

Being a turn-based strategy RPG, my young mind was honed to approach situations critically and efficiently, something no other video game required me to do up until this point.

Like Pokémon Fire Red, I would play this game every chance to whip out the Game Boy Advance I got. This was as much my childhood as sports or school was. 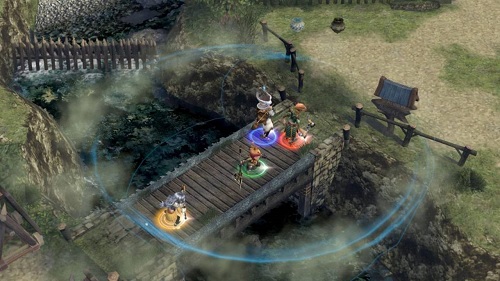 Final Fantasy Crystal Chronicles is, without a doubt, my favorite installment in the series. They did everything right (except the multiplayer, more on this soon).

The combat is a fluid hack-and-slash, allowing you to freely move your character and attack at will. This diverged from all battle systems belonging to previous Final Fantasy games, since those were either time or turn-based.

The story and music are entrancing, each heavily influenced by medieval renaissance themes which gives the story a unique, rustic feel.

I mean, before each level begins, an unnamed narrator expounds on her personal experience with the area in a charming Irish (or maybe Scottish) accent!

I played this game to a point where I knew exactly which enemies would spawn where in every level. I loved it…though I wish I could say the same about multiplayer.

Despite being a game for the Nintendo Gamecube, multiplayer was only possible through Game Boy Advances connected to the console via link cables.
…needless to say, I never did get to experience multiplayer.

However, all is not lost! Final Fantasy Crystal Chronicles remastered edition is coming to the Nintendo Switch in January 2020, and it will feature online multiplayer.

Childhood round 2, here I come. 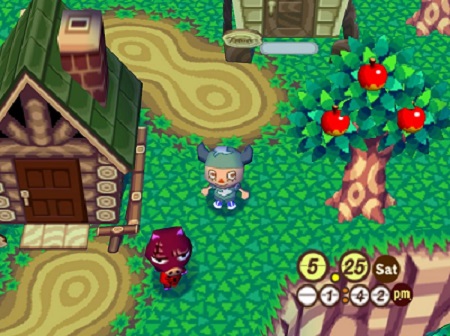 For those of you reading this that have never played a “slice of life” video game before, you are missing out on an entire realm of happiness and fulfillment.

Animal Crossing and games like Animal Crossing – Harvest Moon, The Sims, Tomodachi Life, etc., enable the player to manage a life other than their own. Nothing is more gratifying than maintaining a healthy “real” life while simultaneously upholding a virtual one.

In Animal Crossing, you are a human that finds yourself surrounded by a neighborhood of anthropomorphic animals. I don’t care how old you are: you will become attached to these characters.

While it’s true that the game itself is fairly simplistic and lacks objectives, that’s the entire point. As with your real life, you the player must decide how to spend the time.

This amount of freedom was exhilarating when I was a child and it is even more so now. One of my favorite things to do when I was younger was to wake up early in the morning and turn on Animal Crossing, just to see how my neighbors were doing and what items Tom Nook had for sale.

I learned to enjoy the little things while playing Animal Crossing, a trait I fear many younger gamers now do not possess or comprehend.

Once again though, not all is lost! Animal Crossing for the Nintendo Switch is releasing in March 2020, and this is not a remake but an entirely new game! If anything can ignite a passion for the mundane in the modern gamer, this will be it.

A Gateway to the Past

Despite all of the flak video games have received more or less since their inception, there really is nothing like them.

They may just be an intricate compilation of 0’s and 1’s, but their ability to take us to places unknown and keep us coming back as welcomed guests make them incredibly special.
No other video game company has mastered this art as gracefully as Nintendo. Playing the latest Pokémon or Mario games transports me to a wonderful time in my life. To me, they represent my childhood.

Now enough about me; what are some of the games you’re most thankful for? Is there a company or studio that hits you right in the nostalgia?

Leave a comment below – I’m interested to see just how many have positively influenced the lives of the gaming community.