What’s in a system?

A short overview of the gaming systems on today’s market

The scope of gaming has expanded greatly in a relatively short amount of time. With more games and developers than ever before, gaming has never been more diverse and accessible. The choice of which system to get can be a complicated one. With that in mind, let’s look at the four primary systems used to play video games.

Let’s start off with the old veteran, Nintendo, whose current gen console is called the Switch. Nintendo systems tend to be unique, as each console experiments with new features to push the boundaries of gaming. The Wii focused heavily on motion control, the DS had two screens, and the Wii U incorporated a touch screen into its controller. 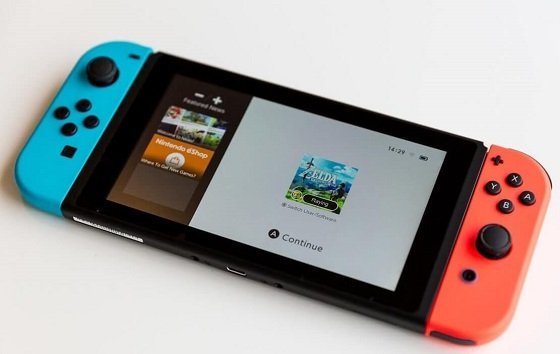 What makes the Switch unique is that it’s a hybrid system, it can be used as both a console and a handheld.

Basics of the Switch

Games for the Switch

The Switch has a large library of over 2200 games available to play. This includes an unprecedented amount of indie titles. Many of which are fun and affordable. Nintendo systems usually lag in the graphics department when compared to the other three systems. As such, there are games you’ll find on the other systems that simply can’t be supported on a Nintendo platform.

The balancing factor of this is Nintendo’s IPs, which are the most recognizable in the video game world. Series like: Super Mario, The Legend of Zelda, Pokémon, Metroid, and Smash Bros; tend to be stylized, fun, family-friendly and, are available exclusively on Nintendo systems.

Nintendo Switch Online is the Switch’s subscription service and is required for online multiplayer. It is available for $19.99 per year and, as a bonus, comes with a library of free-to-play NES titles. As far as online subscription services go it’s pretty light on the contents but, it’s also very affordable.

While it doesn’t wield the sheer graphical power of the other three systems, its flexibility, affordability, and unique game library, would make the Switch an excellent addition to any home.

Whereas Nintendo is always trying new things, Sony focuses on refining what they already have. Don’t misunderstand, this is not an indication of rigidity, this is an intentional dedication to linear progression. Each Playstation improves on the previous one’s selling points, while also adding a few new improvements along the way, to keep things fresh.

Playstations have a focus on balancing graphics and power by working to make a game look excellent while at the same time, ensuring that appearance does not compromise performance. The result is a line of ever-improving consoles that look amazing and run smoothly. The PlayStation 4 currently comes in two formats: standard and pro.

Basics of the PlayStation 4

Games for the PlayStation 4

The PS4’s balance of graphics and power lead it to host games that are fast-paced and gorgeous. High-fantasy series that demand stunning visuals and quick gameplay, like Final Fantasy and Kingdom Hearts, are right at home on the PlayStation 4.

While Sony doesn’t have the IPs Nintendo is famous for, the Playstation’s reliability and graphical prowess draw 3rd party developers like moths to a flame. There are over 1800 games available for the PlayStation 4 and they can all run just fine on either version of the system.

Sony also has a subscription service required to partake in any online play a game may offer. This service is called PlayStation Plus. It has a yearly cost of $59.99 but you get a lot in return. Subscribers get access to online multiplayer, various discounts on games on the PS store, and each month 2 PS4 games will be available to download and play for FREE.

These games can be kept on your Playstation’s hard drive and played long after the month they were free has passed, but you do need to maintain an active plus membership in order to retain access to games acquired this way.

It’s more expensive than Nintendo’s online services, but you get a lot more.

The PlayStation 4 can also run VR games. This does require the additional purchase of a Playstation VR helmet which, depending on the bundle you choose, can range from $299.99 – $349.99. I’ve played the Playstation VR myself and I can assure you it’s quite spectacular. 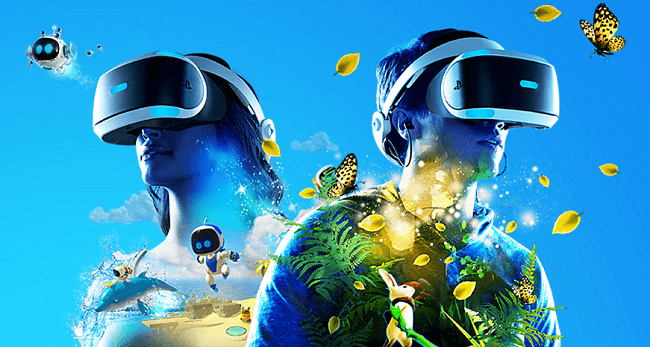 There are over 200 titles for the PlayStation VR, with more being added regularly. As it was with the games, either model of the PS4 can run the Playstation VR.

Having two versions of the PS4 allows buyers the choice between affordability and power, and it does this without sacrificing anything truly meaningful. Both versions can play the same games. Both versions can run the VR. The only difference is that for an extra $100 you get the version that can run things at 4k instead of 1080p.

Microsoft was a latecomer to the console scene. By the time the first Xbox arrived, Sony was on its second console, with the PlayStation 2, and Nintendo was on its fourth, with the GameCube. But, the resources of the world’s best-known software company are not to be underestimated. 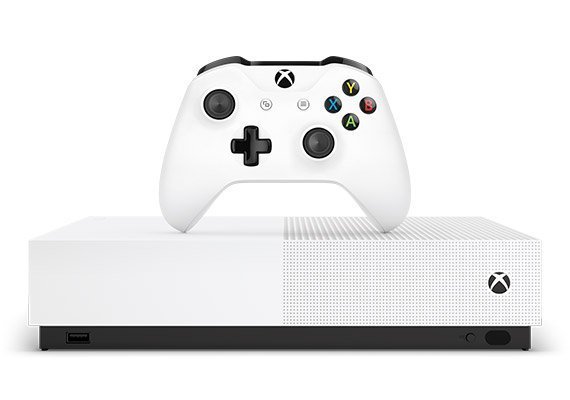 The Xbox jumped headfirst into the fray and established itself as a rival to Sony’s Playstation by building a focus on how good a game could look. The first model of the Xbox One has been discontinued and it now has two primary formats, a standard, and a performance model.

Basics of the Xbox One

Xbox One X (yes X is in there twice)

Games for the Xbox One

The Xbox One demands graphics in the extreme. Its performance model, the Xbox One X, has even more power at its disposal than the PS4 Pro. Xbox games tend to be action-packed with hyper-realistic graphics, making it the perfect home to shooters and racing games like: Halo, Doom, and Forza.

The system rocks a library that tops 2300 games, with 600 of those being popular games from previous Xbox generations. Because both systems are graphic-intense there’s a lot of 3rd party crossover between the Xbox and the PlayStation. Despite its power, the Xbox One does not have VR support.

The Xbox One’s online services are more complicated when compared to the other consoles, but it does allow you more choice. Instead of a single service, there are two services, the Xbox Live Gold and the Xbox Game Pass.

The Xbox Live Gold operates nearly identical to the PlayStation Plus. For $59.99 per year, players get access to online multiplayer, various discounts on games, and 2-4 free games per month. Pretty standard.

The Xbox Game Pass is a separate service entirely. For $9.99 per month, players get total access to a vast library of over 100 games, with new games continually being added. It’s basically Netflix, but for video games.

The Xbox One offers buyers several choices. It has a huge price range based on performance, two online services, and it provides a great deal of power in a small and compact system. Paired with a 4k tv it would make an excellent centerpiece to any home entertainment setup.

The PC, like a gaming system, is nearly as unique as the consoles Nintendo releases every few years. Unlike consoles, a PC has no standard base model. That’s because PCs aren’t pre-assembled consoles, but a bunch of various components shoved together into a box. 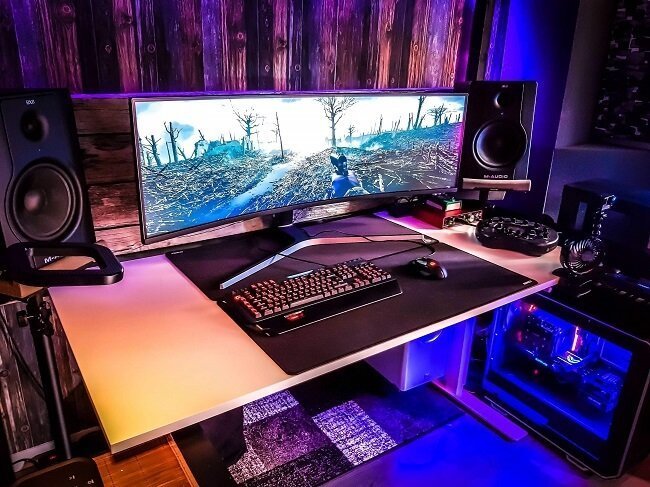 If you have never assembled a PC before you might be intimidated by the idea of building one yourself, allow me to assure you, it’s not nearly as complex as you might think. Deciding which components to get is the most difficult part of building a PC.

If you are worried about it, you can look up gaming PC builds online that break down which components to order and estimate how much everything will cost. If you are still worried, you can absolutely buy a prebuilt gaming PC. Just keep in mind, it will cost more.

Basics of the PC

Games for the PC

While it lacks the IPs the consoles have, the ease of publishing a game on the PC means that it has the most third-party titles. The most common way to get games on a PC is the digital distribution platform known as Steam, which hosts over 30,000 games for purchase and download.

You don’t need to pay to have an account, you just buy games, and you have them forever. PC games are varied in price, style, and content. You can find a little bit of everything on this system.

A PC is easy to keep up-to-date. While you need to buy a whole new console each time a new generation is released, with a PC you just need to upgrade a few components to keep up with the times. PCs are also home to VR games.

There are several different headsets you can purchase to play VR games on a PC but the most well-known would be the Oculus Rift, which costs $399.99

While PCs can wield the highest price tag they also: are easy to upgrade, have an obscene amount of games available to them, don’t require subscriptions for online play, can outperform the performance models of the other systems, and can do everything a non-gaming regular PC can do. The ability to customize a PC makes it the most versatile entertainment system.

The games available on the market are becoming increasingly unique as more developers are springing up and trying new things. Similarly, the systems have never been more varied than they are now. There’s never been a better time to jump into the gaming world and we hope this article helps you choose the system that’s right for you.

Let us know what is your console?

About the author:  Robert Pugh is a freelance writer from Ohio. He graduated from Wright State University in 2018 with a bachelor’s degree in history, spent a summer in Japan, and loves trying new things. Follow Robert on Twitter @_RobertPugh