Meet Fallout series of the games, the real refreshment in the video games industry. The story of the game is part of the 22nd and 23rd centuries. Fallout 76 is wonderful and futuristic chance for customers. It is motivated by American culture and nuclear happenings in 1950. Now you can control your destiny in the exceptional role-playing mission.

The first version of Fallout games appeared in 1997 and it was originally a role-playing game. Starting from 2004, Fallout turned out to be action role-playing experience with powerful graphics and characters. The last game in the series was Fallout Shelter from 2015. It was the story of overseer and his dwellers and their scouting adventures in the Wasteland.

Fallout 76 experience represents something original and unexpected. The new version of the game will soon be available. This is Fallout 76 experience with extra features and chances. Compared to the versions of Fallout 3 and Fallout 4, now you can expect super exciting chances and extraordinary features.

Fallout 76 is another survival story by Bethesda provider. You have the role of the real person in the atmosphere of nuclear annihilation. The world of Fallout 76 is immense and large. The key features of the game are here: 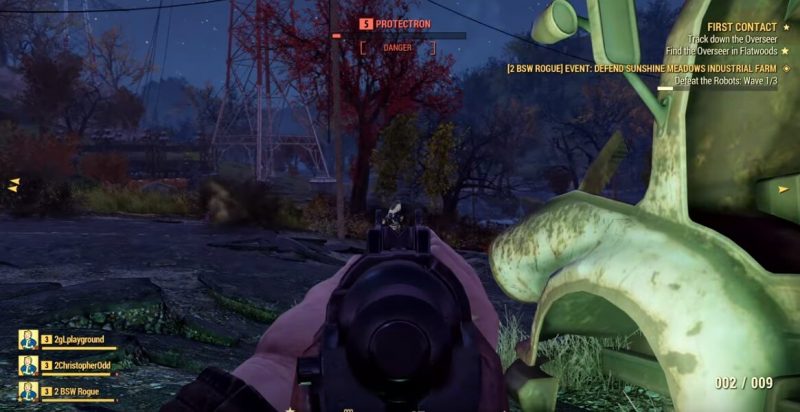 Fallout 76 release date is going to be November 14th. The game developer is Bethesda Game Studios and the game will be playable on PC and Xbox One. In the meantime, you can test the beta version of the game for your PC and PlayStation 4. This role playing experience with western-style elements will attract you immediately.

For all customers who want to join Fallout 76, here you can see the minimum requirements for the access:

Fallout game introduces multiple features. Here you can see a brand new survival element called softcore survival. Everything is in the apocalyptic atmosphere with dozens of players. Players roam through six regions and face different risks and prizes. In addition, there is a huge map with nuclear sites. 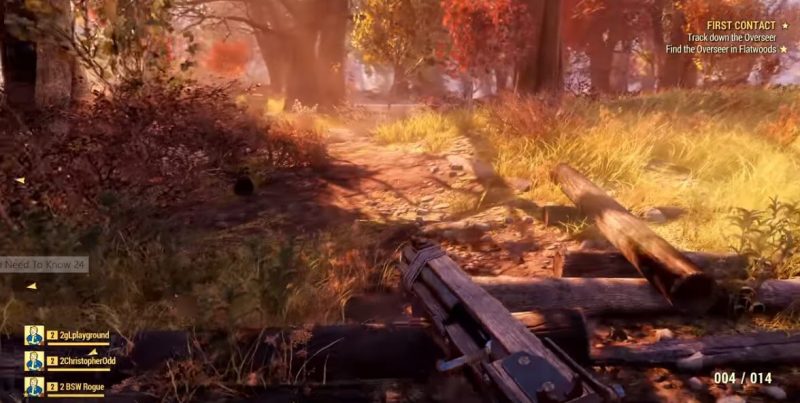 You can plan, conceive the strategy and relish the game.
Fallout 76 enables direct attacks to the players. You can beat them with nuclear missiles but you can also become a target. Fight to survive in the cruel world of temptations.

Fallout 76 is well-known for worldwide success. The new version of the game is broadly accepted. Look at the comments below:
„The setup is definitely intriguing, and the small taste I got of it delivered plenty of fun. My hesitation comes from not knowing if this entry will hook me in the same way that the last three installments did.“

Or
„This world is vast – four times larger than Fallout 4, apparently – and it’s clear that’s part of the plan. Fallout 76 feels oddly lonely for an online game and, after three hours with it, that’s for better and worse“

„Those who love Fallout will find all the same great story-telling because there is an actual full story with story quests. Those who didn’t enjoy the franchise may discover there’s still a lot to enjoy with their friends“

Whatˈs New Features They Have in Fallout 76

Users are interested to know Is Fallout 76 online only? We can notice that Fallout 76 is a completely online game. However, you can play it in solo version or with other people. We recommend playing Fallout 76 with other buddies. It will be easier and more exciting.
From 14th November, the gaming world will be richer with one more experience.

Fallout 76 will be available for the users of PC, Xbox and PlayStation 4. Therefore you can enjoy it on various platforms and fulfill the adventure.

So, You Can Read the Conclusion

Can’t wait to play Fallout 76? Don’t worry as we have the super idea for you! Pre-order the game on the official website Bethesda.net and enjoy the beta version of the game. If you pre-order the game, you will automatically receive Fallout Classic Collection.

This comes for free and involves Fallout, Fallout 2 version as well as Fallout Tactics. Open an account on Bethesda and order the game now.

We like to know what you think about this game so leave us comments below.
Please Register to our newsletter to be updated.
For more reviews click here