Like the Final Fantasy Legend series, Final Fantasy adventure has very little to try and do with Final Fantasy itself, apart from the standard cameos created by Moogles and Chocobos. References to Gaia and therefore the Mana Tree and lots of monsters like the bunnies and therefore the walking mushrooms ar all the sport, therefore, gamers at home with the secret of Mana can instantly acknowledge this game as a Mana title.

The storyline in Final Fantasy adventure is tempered from the melodramatic soap operas of the usual square RPGs to an additional mythological and Zelda-esque level of Boy hunger for experience, Boy leaves out from home for adventure, and Boy become a hero. 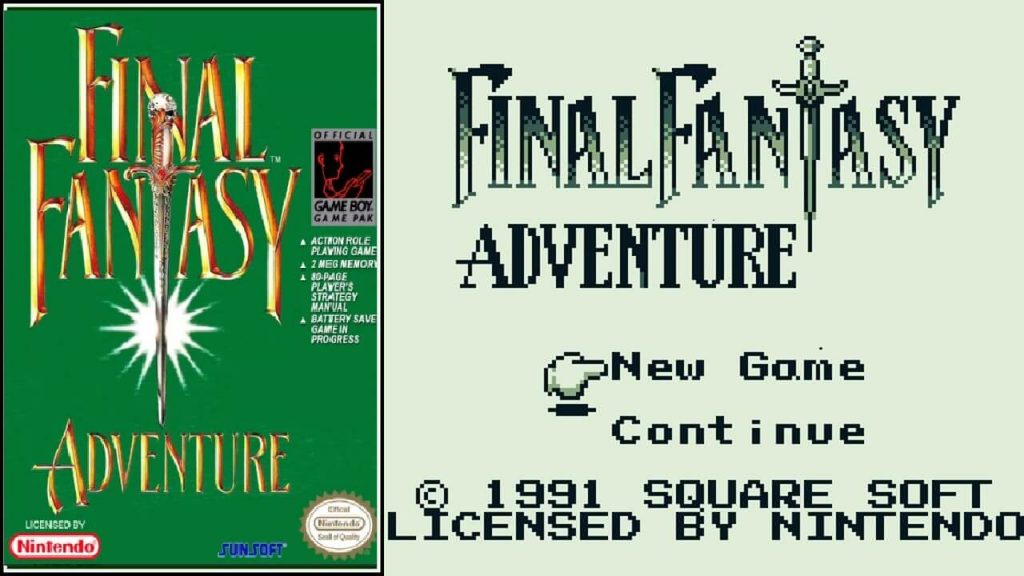 You believe that if you find Bogard your journey is over, however when you find him and learn the truth (yeah right like I’m going to spoil it for you) then you see that your journey has just begun. This incredible Game Boy game will take you through a vast highly imaginative world, filled with people who will help you throughout your journey.

You will come to love or hate many characters. The world is filled with many monsters and challenges all of which must be tackled head-on.

Following in the footsteps of other Final Fantasy the music is incredible. Sound isn’t that good but the music more than makes up for it. The theme music is excellent, the dungeon and boss music is top-notch and the over world music is very original.

Game Challenge 3 out of 5

While everything else in this incredible game was great, I was disappointed in the extremely low level of difficulty. This is by a large margin maybe the best game I’ve ever played. The normal monsters are very easy, and the bosses don’t even deserve to be called bosses. They should be called… well, a monster.

The beginning of the game was pretty hard for me because I didn’t have much strength but then whenever I leveled up I just had to increase my power and after a while I could kill many monsters with one hit. The later part of the game got easy because I was strong enough to defeat monsters and some BOSSES without difficulty. 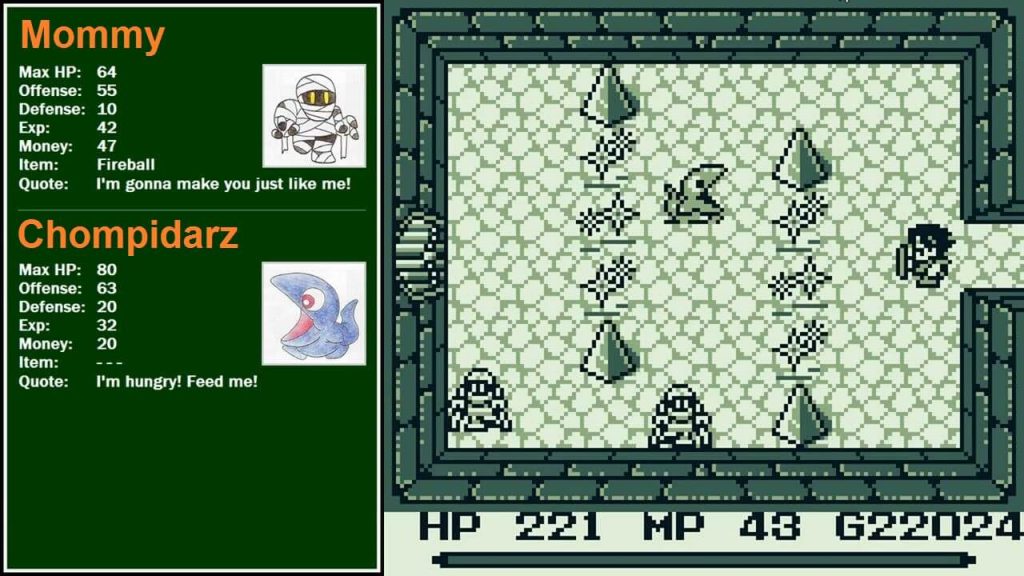 I thought this was one of the funniest games I have ever played. The big characters make it rather fun because you can see their faces. The live action battles are also fun, since you can sneak up and stab an enemy in the back. HE HE HE HE HE!!! That’s really fun. But anyway, the ASK command was cool when you had the chocobo or mechanical chocobo, because you got to ride around on them, and with the M.C. you could go on water.

The ASK command was also cool since you can find people who sell you stuff, change the current music, and heal you. As for game play. The game was extremely fun and easy to learn.

Game Replayability 2 out of 5

This game has no replay value whatsoever. Once you beat it once nothing different will ever happen. The items will be the same amount of money, in the same spot; the monsters will still give the same amount of gold and experience. The only thing that will change is the location of a couple of monsters on the over world screen.

Although the rest of the game is as near perfect as possible for a Game Boy title, the replay value hurt the game. I would recommend this game as a buy it, play once, sell it, or for real RPG fans buy it, play it once, then stuff it away with those old classics you saved just for the sake of it being there should you get bored (I doubt it will ever happen though).

The play control was just a little too quick for me, but I got used to pushing the buttons real slowly on the menu screen. Here’s a case of what I am talking about: I was fighting the last individual and I decide to change my Magic… Well as opposed to going to Cure (which is where I wanted to go) I hit Fire. Before I could go back into the menu, the last guy (I don’t want to spoil for anyone) hit me for a massive amount of damage and I died.

Overall this was a great game, defiantly deserving of the name Final Fantasy (which became a bit tarnished with the recent release of Final Fantasy 7…) Graphics and music are excellent. Play control could have been better, and the Replay value stinked. It sounds like Final Fantasy Adventure to me.

I recommend if you have a Game Boy or Super NES with a Super Game Boy, go out and this game now. It is just as good as many games out there and since Nintendo re-released it is only $29.99 (depends where you get it, in stores it is 29.95 or 29.99 NEW but at a place like Funcoland it is like $45.00 USED) If you like Final Fantasy, or Zelda and Secret of Mana style games I strongly recommend this game.

Author Bio Hamza Idrees is a Co-Founder of Get Review It from Karachi, Pakistan. Hamza loves writing about Gaming, Software and technology, but he also creates a lot of content about Affiliates Products and self-branding.