With 2019 just around the corner, football manager fans were just about to get anxious for a new FM release. The timing has never been perfect when the crowned Sports Interactive announced that they were going released a brand new, revamped version of the game before the end of the year.

In terms of gameplay, the new release brings you a better experience than any of the previous versions. You can spot changes right from when you launch the app.

The first thing you will notice is that unlike the other previous versions, Fm 2019 does not feature the iconic “manager figure”. Quite impressively, it has been replaced by the manager’s eye view of the pitch. Other new features will be discussed later in this review so read on!

FM releases are aimed at making you be a manager of your own team. This means that you can choose to be a better version of the woe-stricken Mourinho in modern day football. 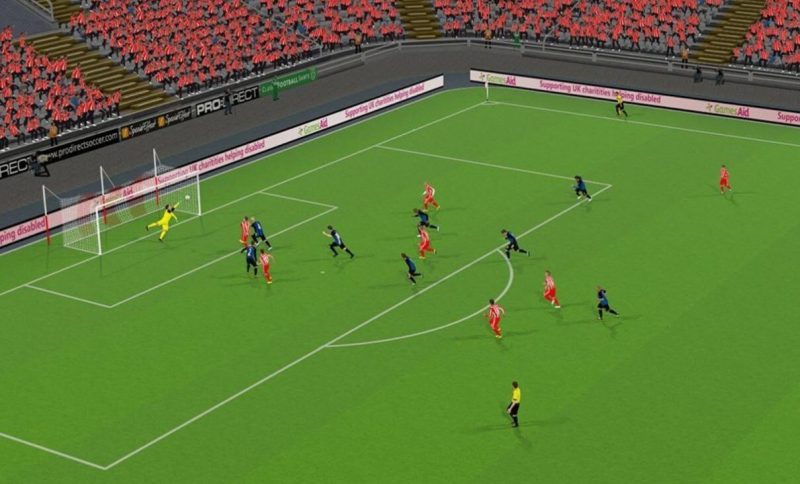 Your goal, as the manager, will be to ensure that you do not lose the dressing room by keeping the players under you in check. As a part of this, you will be responsible for managing their training sessions to fine-tune their skills, motivating and advising them when they are on the pitch, signing new players, getting rid of unwanted players, and many other tasks.

The release of the game is no longer a waiting ordeal. The game was finally released at the start of November. All the three versions of the game including FM19 (for PC and Mac), FM19 Touch (for PC, Mac, Android, and iOS), and FM19 mobile (for Android and iOS) are now available for download from the various app stores.

Before the release, users had the option to PRE ORDER the game. This came with a few advantages including getting access to a Beta Version of the game 2 weeks prior to the official release date and getting 10% off the price but that being a matter of the past, let’s see what the official app brings to the table.

[icon name=”angle-double-right” class=”” unprefixed_class=””] Training hub revamp
In Football manager 2019, the training hub undergoes the biggest makeover in the history of the series. Complete with more realistic features for controlling and developing players, the manager gets three training sessions per day and gets to choose among ten possible areas of training.

For example, if you want to take your players through defensive training, you could choose to specifically train them on aerial defense.

The mentoring system has also got an upgrade to enable players to benefit even more from training units that enable you to drag and drop players across different training units.

[icon name=”angle-double-right” class=”” unprefixed_class=””] A more entertaining User Interface with interactive guide
An all-new, improved UI is something that Football Manager diehards have come to expect with every release. As usual, the 2019’s release lived up to the expectation.

Featured is the inclusion of on-screen help pointers for a better manager induction, specific on-play instructions for the different phases of each game, a variety of goalkeeper distribution tactics, impressive tactical skills, and new player roles. Alongside this, the new platform also features more simplified pre-match briefings and an assistant that recommends the topics you might want to discuss with your players.

[icon name=”angle-double-right” class=”” unprefixed_class=””] New tactical skills
The tactics creator has got an upgrade with the most recent tactical systems in the game such as Catenaccio, Tiki-taka, and Gegenpress.

[icon name=”angle-double-right” class=”” unprefixed_class=””] VAR and Goal Line Technology
The match day is the most important day for a manager and the new version has something to make you, as the manager, look forward to that. FM19 sees the introduction of two smart video technologies, the Video Assistant Referees (VARs) and the Goal Line Technology.

In post-match conferences and briefings, you will be asked about instances where these two technologies were used.

[icon name=”angle-double-right” class=”” unprefixed_class=””] Bundesliga Partnership at last!
The absence of Bundesliga in previous versions was a huge let down for previous versions of the game. All the features that come with this exciting league are now available on the new version. You will find both Bundesliga and Bundesliga 2 complete with kits, players, trophies, and club badges.

Why You Should Play Football Manager 2019

[icon name=”angle-double-right” class=”” unprefixed_class=””] Team talk improvements
As the manager, you will get to know how every speech has been perceived by your players. You will also know what your assistant manager says to the team in your absence in case you might want to delegate dressing room talks.