A brief history of Azeroth for beginners. Universe of Warcraft

You don’t have to be a gaming addict to know about the World of Warcraft. As one of the most exciting massively multiplayer online role-playing game (MMORPG), Warcraft attracts worldwide audiences for nearly two decades already.

A study reveals that almost five million people play the game in 2020, enjoying the latest edition entitled: Warcraft III: Reforged. According to Wikipedia, it is a remastered edition of the 2002 real-time strategy video game Warcraft III: Reign of Chaos and its expansion The Frozen Throne.

The franchise is so popular that it attracts players from nearly 250 countries and territories worldwide. Besides that, World of Warcraft has generated some serious numbers in the last 18 years:

The figures are staggering and the game has obviously evolved into a mind-boggling structure of places, peoples, and characters.

First-time players may find it very difficult to figure out the WOW universe on their own, which is why decided to give you a hand here. In this post, we will present you with a brief history of Azeroth, the world where Warcraft is set. 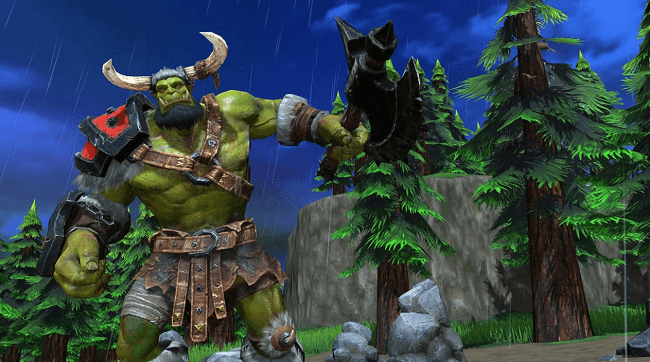 A Step-By-Step Guide through the History of Azeroth

The history of Azeroth is long and complicated, so it’s much better to divide it into a few different chapters. Such an approach will make it easier for you to understand WOW and learn all of its major details effortlessly. Without further ado, let’s take a look at Azeroth:

The Primordial Age is when it all started. It marks the birth of the entire Warcraft universe, which is when Azeroth and many other planets came into existence. Back at the time, the so-called Elemental Lords ruled the cosmos and continuously struggled to win over supremacy. The first era of Azeroth is known as chaotic and disordered.

The Primordial Era ends with the rise of the Old Gods, mean forces that landed on Azeroth in order to corrupt the planet and rule the new world. This is what forced the Elemental Lords to unite, but the Old Gods’ armies were simply too powerful to fend off.

Jake Gardner, a gamer who works for the college paper writing service and a few other professional writing services, explains that the only force that could fight the Old Gods was a sleeping Titan, also known as the world-soul of Azeroth: “The force awakened some 147 thousand years ago and told another Titan, Aggramar, to call the other Titans and protect the planet from the Old Gods.”

The Age of Ordering

After years of terror and conflict, it was time for peace in Azeroth. Titans had to mend the wounds of the tormented planet and turn Azeroth into a habitable place for thousands of different creatures and new species.

The Age of Ordering was also the age of prosperity when the entire planet could grow and develop along with its colorful species. Titans used it to build an entire continent named Kalimdor, aka the Land of Eternal Starlight.

The first race that flooded Azeroth in the Post-Ordering Era is trolls. They inhabited the continent of Kalimdor to create powerful empires such as Amani and Gurubashi. After that, the remaining armies of the Old Gods managed to build their own empire called Azj’Aqir, but it soon collapsed and turned into the kingdoms of Qiraji and Nerubian.

At the same time, Kalimdor witnessed the rise of the elves who relied on magic to craft their own empire as well. The period of peace did not last too long as the Burning Legion attacked Azeroth and caused the War of the Ancients.

It was a fierce battle that caused a great sundering and divided the territory into Northrend, the Eastern Kingdoms, Kalimdor, and Pandaria.

In the Post-Sundering Era, the elves also separated to form two groups based on different religious concepts. The first group consisted of the night elves who practiced druidism, while the high elves still performed the rituals of arcane magic.

Meanwhile, high elves were banished from Kalimdor. They ended up in the north and built a kingdom of Quel’Thalas. The local Amani Empire did not like the elves and so they initiated the Troll Wars. Quel’Thalas emerged victorious and destroyed the Amani Empire some seven thousand years ago.

Azeroth used to be a peaceful planet for thousands of years, but then the Burning Legion once again tried to conquer it some 40 years ago. The Legion formed a pact with orcs and ogres in an attempt to invade the Eastern Kingdoms.

A brand new army was able to invade many parts of Azeroth, including the Black Morass, the city of Grim Batol, and the island of Zul’Dare. However, the furious horde was eventually turned down by the alliance of humans, high elves, and dwarves. The conflict lasted for years and now we know it as the First War and the Second War.

The history of Azeroth continues as the dark forces still keep tormenting the planet under the influence of the Legion’s Lich King. It’s a furious battle of light and dark with no clear winner to be found anytime soon. Entire empires rise and fall along the way, with new heroes emerging battle after battle.

This is exactly where Warcraft III: Reforge begins and takes you through the rest of the Azeroth saga. 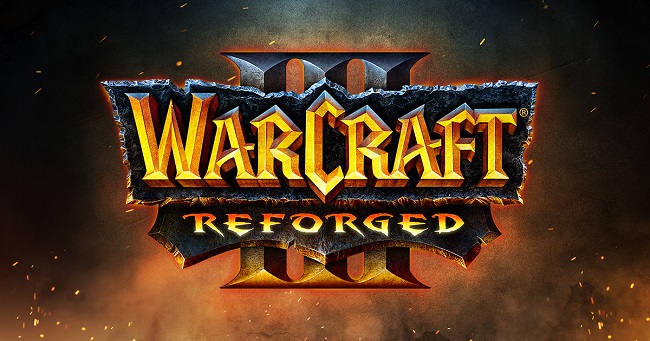 The Geography of Azeroth

The history of Azeroth is obviously complex and so is the planet’s geography. In order to help you understand it better, we created a brief overview of Azeroth’s geographical components.

Azeroth as we know it today is famous for its four major continents that occupy different geographical directions. The Eastern Kingdom spreads to the east, while Kalimdor occupies western territories. You can find Pandaria to the south and Northrend in the opposite direction.

As for the Eastern Kingdom, it also consists of four subcontinents called Quel’Thalas, Lordaeron, Khaz Modan, and the fourth territory also named Azeroth.

Azeroth is also known for massive water surfaces surrounding the four continents. Great Sea surrounds the Maelstrom bears, whereas the Forbidding Sea borders with the Eastern Kingdoms. West of Kalimdor, you will notice the Veiled Sea.

There are so many islands on Azeroth, but the largest ones are Zandalar (north of Pandaria), Kul Tiras (west of central Eastern Kingdoms), and Quel’Danas (north of the northern edge). There is also the archipelago of the Broken Isles east of the Maelstrom.

The landscapes of Azeroth contain impressive mountains and lakes as well. The tallest mountains on this planet are Lordaeron’s Alterac Mountains and Aerie Peak. Khaz Modan is known for Dun Moroghm, while the Redridge Mountains are located in the Azeroth subcontinent.

The largest lakes of Azeroth are Darrowmere and Lordamere. Both of these two lakes are situated in Lordaeron.

World of Warcraft is one of the oldest and most popular massively multiplayer online role-playing games globally. Being such a complex game, it’s not so easy to figure out the whole ambiance surrounding Warcraft and understand who’s doing what, where, how, and why.

In this post, we showed you a brief history of Azeroth for beginners and explained everything you needed to know about the Universe before playing Warcraft III: Reforged. We hope our post helped you find the way through WOW, but feel free to leave a comment if you have any other questions about Azeroth!

AUTHOR BIO Liam Catalan is a gamer and one of the best essay writers from Melbourne, Australia. Liam loves writing about gaming, but he also creates a lot of content about traveling and self-branding. Liam is the father of a beautiful daughter and a passionate long-distance runner.
mmorpg MMORPGs WOW