The plot thickens in the 2018 release of Hitman 2. If strategic stealth is your game, you’re going to want to get stuck into the Warner Bros production, Hitman 2, developed by IO Interactive.

Released on November 13 2018, this hot off the shelves stealth game features Sniper Assassin Agent 47 on a new mission to take out the enigmatic Shadow Client and his criminal counterparts. You will mission, as a top-class spy assassin to a range of exotic destinations, and you unravel the mysterious criminal underworld, as well as Agent 47’s own shady past deeds.

Brilliantly plotted, the strategy unfolds as Agent 47 follows leads to take out targets and to prevent the destabilization of the world. From arms dealers, to racing car drivers; from Miami to Colombia; the 6 plot Sniper Assassin game is an awesome escape, and clearly one of the best of its type.

The Shadow Client provides a source of central twists, and assassinating his militia holds the central plot in the unfolding storyline. Providence and the ICA join in the fight against the Shadow Client – as public enemy number 1, and instigator of global unrest.

Although hardened fans of Hitman were hoping for some groundbreaking new equipment, and the 2018 release hasn’t expanded toolboxes much, the renewed plot and plot twists make up for it. It’s well worth sticking with it to the end.

Plus there’s that ol’ Flamingo suit. Although technically not a complete reinvention, the developments are creative genius within the technical limitations of a Stealth Assassin style game.

The game features a set Tools of the Trade which Agent 47, Sniper Assassin has at his disposal as he carries out a series of assassinations. With a pretty shady past himself, Agent 47 begins his mission by being introduced to his first lead… and so the adventure begins.

IO Interactive has developed and Warner Bros have published this blockbuster stealth game, Hitman 2, for Microsoft Windows, PlayStation4 and Xbox One. The release date is 13 November 2018. This release marks the seventh in the series, and this release definitely meets the high Hitman bar. 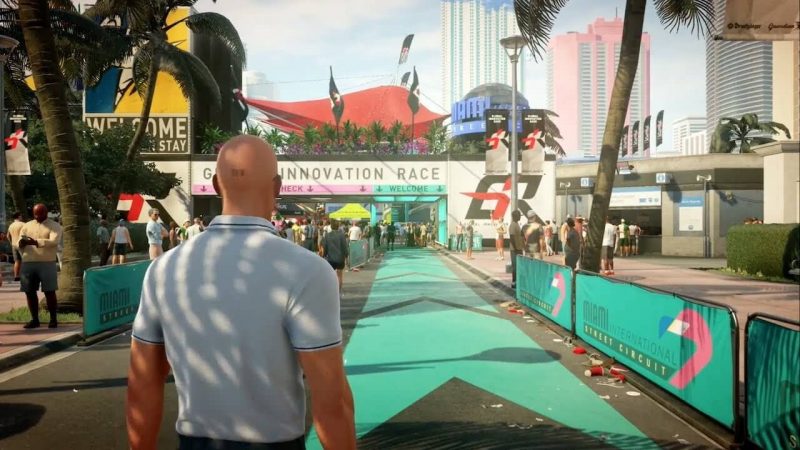 Hitman 2 has received overwhelmingly positive reviews, pretty much across the board. Gamespot values the familiarity contained in the renewed game play. The Verge calls it flawless. It has generally been dubbed the best in the series so far.

Hitman 2 is a strategic and mission based stealth game featuring Agent 47. It is the perfect combo between strategy and stealth. The 2018 release follows the style of the previous versions but has improved in its design and plot.

Recommended System Requirements for include:

Design and Graphics of Hitman 2

Game player Reviews agree that the series scores high on graphics. Small attention to detail, and the general game dynamic of how the tools of the game integrate with the gaming world render this game top class. There is a certain precision about Hitman 2 which is just awesome. Even without a top of the range graphics card, the game delivers.

Let’s face it, if you loved the last release, you don’t need much motivation for the 2018 sequel. If you enjoy a challenge, and a game play experience which is story based, and event dependent – if you’re a strategist at heart – this game is for you.

Play it because you can travel from your couch, and it’s just the right balance of entertainment and a mental ride.

A final word on the Hitman 2 Review

With new plot twists and a revitalized gameplay experience, we find Hitman 2 just as good as its predecessor, if not better. This game is a fully immersive experience, perfect bingeworthy material for a cold winter weekend. The plot takes you on an adventure, and the expansion packs provide even more room to roam.

Although some reviewers feel the new Tools of the Trade left something to be desired, we’re quite enjoying the Proximity Taser and the exploding cell phones.

Our favorite new add is the addition of new Elusive Targets, temporarily available high-stakes contracts. Although this concept is not entirely new to the series, the feature is available to all players, and we’re especially excited about the Undying Elusive Target mission, a not-to-be-missed once-off, non-renewable quest option.

These real-time, one shot game features give the game a little edge. It’s like waiting for the game to come out – over and over …

Finally, we are loving the new multiplayer modes of the Hitman 2 Gold Editions including PvP ghost mode where the online player’s race to the target.

We like to know what you think of the game, so please leave us comments below.
Please Register to our newsletter for updates and special offers!