How to Be a One-Trick Champion in League of Legends

League of Legends has grown into a vast community with over 148 champions you can choose from. It’s diversity created multiple game-breaking plays in the professional scene. From smite steals to objective controls and even 1v5 teamfight outplays. League’s community has built-in an impactful MOBA game that any aspiring players would love to try and aim at.

We all know that having the knowledge to go on different kinds of champions can help you produce team compositions that can carry out unexpected wins. But League isn’t just playing with any champion you can get hold of…its mastering 1 champion that can deliver amazing results in every game you play. Having the skills to excel at that specific champion will give you all the fame and league points you need to get to Challenger in no time!

One-Tricking Is Essential to Any League Game

One-trick in League of Legends means that a player specializes in one specific champion and taking its skills to the next level. Players would utilize their favorite champion and use it on any role and quite possibly in random itemization. These players, regardless of what others say, create viable options to their champions and do not limit their abilities with the so-call “meta”. They create their own playstyle and sometimes get banned or even bashed by others because of what they do.

It may seem as if they are just inting or even trolling in the game, but having the consistency of picking 1 champion only produces new ways of playing the champion. Which in turn transforms the player into a high-tier League of Legends summoner. (And others disregard the thousands of game they put in to master that champion).

Whether you think it’s not applicable in the current season, and players are testing out the champion and still winning, then there is a possibility that the champion they love and use every single game will be part of the meta.

League of Legends isn’t limited to what the pro players use on YouTube. Sometimes they even follow some random player because of the large effect that it can have inside a match. (Like the Spellthief Build on a Zilean top lane). And if you haven’t heard of it, why not take a look at the Soraka top lane that has been delivering amazing results on regions like Europe and Korea.

It always starts with an int move and turns into an incredible instance in the game which other League of Legends players follow. Some of you may know streamers who are amazing at one-tricking champions like Yassuo (Yasuo main), Boxbox (Riven Main), MetaSolaray (Udyr Main), and many more. These players focus on one champion only and they are at the top ranks in their regions showing off how you can fully maximize the potential of one champion if you put in the work and effort into it. 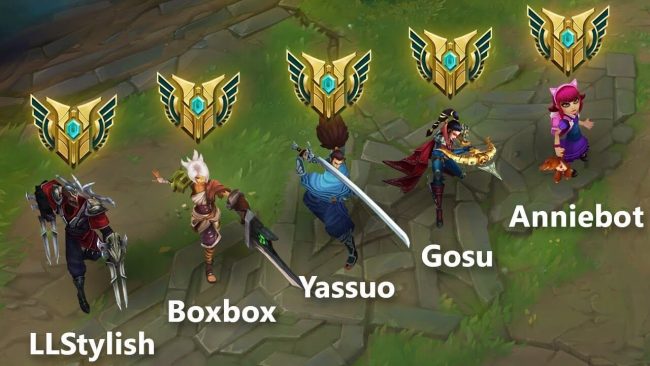 How Does Playing as One-Trick Help You in League?

When you play one specific champion, again and again, you deliver a different level of skill into it. Your moves are far better than your average gamer, you know the exact cooldowns of your abilities, and you can easily determine when or how to go inside teamfights without losing ground in the game. Being amazing at 1 champion means that you are a great asset in any fight you are going to face. You’ll quickly manage the overall macro like nothing.

When you one-trick a champion, your senses in the game heightens and you create a perfect situation for the strengths of your champ rather than going down towards its weaknesses. By understanding the strategies you have to play for your champ, you can get down on any skirmish and deliver the highest damage possible against any opponent you play against. (Also you get to ban champions you’re bad against and have a better match)

Of course, you won’t get your best champion every time. So mastering at least 3 in solo-queue can already help you in any match you have to face. You’ll avoid losing more LP and focus on ranking up the best way possible. If you get known with your champion, you’ll most likely get banned more often than you think. So prepare yourself from difficult fights and unending matchmaking struggles.

But that doesn’t mean you’ll never get to use your champion. There are over hundreds of players who can go up against your favorite champion. But the winning factor for you is that you already know the extent of your abilities and you won’t have to play to their game. With League, it all comes down to who can utilize the potential of their champion and showcase them around the map with ease. One-tricking a champion and playing over 1000 matches will surely give you the advantage in every game. 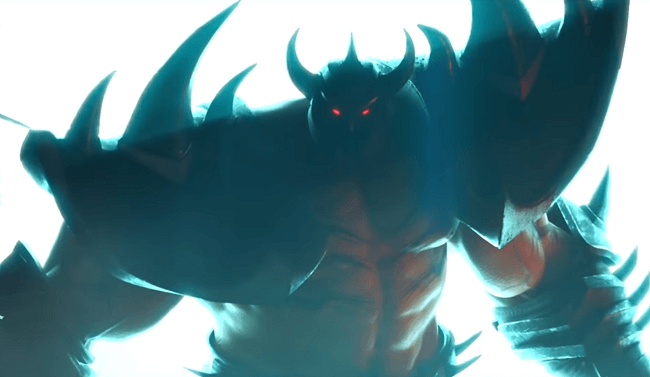 Is One-Tricking Possible for New Players?

YES! One-tricking is the most essential part of playing League of Legends. The first games you played didn’t start off by playing random champions all the time. When you get a feel of one champion like Ashe, you’ll play her again and again until you can get like 10/0 against any enemy you face which makes you feel great. As you learn more about the game, you tend to forget that one-tricking was the most important part of leveling up your gameplay. You buy new champs and try them out even and neglect the key points to deliver better winning situations.

This tends to reduce your potential for creating better games that will surely give you a win. One-tricking a champion should be a priority if you are looking to scale up your gameplay in League of Legends. It hastens your games which leads to more matches and more wins.

Of course, you also have to take into account the strength of your team composition. You have to learn where to focus your abilities and feeding them to your allies. This creates an overall balance with your team.

You won’t have to do it alone. The game is made for 5 players in one team and building that synergy makes it easier for you to go into teamfights without the worry of being beaten or run through by the enemies. It’s like Bruce Lee’s most notable quote…”I fear not the man who has practiced 10,000 kicks once, but I fear the man who has practiced one kick 10,000 times.” Similar to League, playing one champion a thousand times is scarier than having 148 champions with no real value to their abilities.

League of Legends is an ever-evolving game and sometimes your favorite champion gets nerfed to the point where it is difficult to win games. I know that’s pretty tough but if you really love your champion, you can find a way to build a strong foundation to it even with all the nerfs of its abilities. You can create your own style that can transform a weak champion into a most picked one. That is not easy to do though…but it’s worthwhile to take charge and love the process.

Don’t forget that it is you who is playing the game and not some random dude who gives you a piece of random advice. Stick to what you love and drive your champion to its maximum potential and produce a champ that is feared by players around your region. (Even Teemo Jungle is amazing right now and it wasn’t before until a streamer started one-tricking the champ)

Do what you love and Riot will give you something in return. (Sometimes it’s unexpected buffs that brings you back to the meta)

One-trick a champion and watch as you stomp mighty foes easily. Carry your team, destroy turrets, drop their nexus down, and win your game!