Let’s face it: jungle has, throughout its history, gotten the short end of the Riot stick. Since it is a position unique in both design and nature, balancing such a role has proved time and time again to be one of the development team’s most baffling hurdles –resulting in frequent and often extreme changes to items, monsters, pathing, etc.

Season 10 has proved to be no different and in many ways worse than prior seasons; quite frankly, the new jungle alterations have relegated a once very enjoyable and rewarding role to the least desirable one to play.

However, as a jungle main, it has been my goal this season to figure out the best strategies and tricks so that I may continue playing my favorite position (regardless of its current predicament). Although jungle is indeed changed, it is not dead. Played well, this role is still one of the most if not the most impactful team member.

This list, as with any, is not all-inclusive. First and foremost, it is based on what I have personally experienced and researched and I am by no means an expert. There will be caveats, exceptions to rules, and some tactics will seem to contradict one another – this is fine.

League is a game that requires the player to adapt and evolve based on each situation, so glean what knowledge you can from this article but remember that not every tip will be useful in every scenario.

As such, here are my five creeds that should help you climb the ranks in what has become one of the hardest and technical roles in League of Legends:

The era of farming junglers is more or less dead with the introduction of this new season. Because jungle monster experience has been nerfed and there is no longer any catch-up experience, you will benefit more from ganking/counterjungling than ever before – thus why picking a champion with a strong early-game is so crucial.

Characters like Olaf, Kha’Zix, Warwick, and Volibear are especially strong right now for a multitude of reasons. They each have: sustain in the jungle to keep them healthy for ganks/possible invades, fairly reliable level two ganks, great 1v1 kits, and just strong ganking potential in general.

Assassin junglers, consequently, have become much more viable picks. Even if their jungle clear/sustain is lackluster, their ability to pick up early kills should get you ahead and make it that much easier to snowball. With the inherent power spike snowballing affords comes a level advantage which as a jungler defines the power of smite.

Now I will pose a conflicting strategy that could bring you a similar amount of success without requiring you to necessarily carry: pick a champion not reliant on gold or experience.
Characters like Nunu/Willump and Sejauni have such a strong jungling kit that they will be useful no matter how they are performing.

Even if your Nunu is 0/10, he will still be able to knock up, slow, root, and stun the enemy team during a gank or teamfight. The same goes for Sejauni; her CC-heavy kit ensures her viability and since tanks items are cheaper to build overall as compared to damage items, she does not need as much gold to be an asset.

While you won’t be winning any awards or 1v5’ing as these champions, you also won’t need to worry so much about getting ahead.

This is now the way of life for most junglers that survived the Season 10 “jungle purge”. Since jungle monster experience was reduced and catch-up experience eliminated, takedowns and lane tax are going to be your primary sources of levels.

While ganking has always been one of the most important jungler responsibilities, it was never necessary to maintain level equality with the rest of the players. Farming junglers could reasonably stay in the jungle for most of the game and keep up with or even surpass the average in-game level.

These times have past. No longer can you beat up helpless creatures for 25 minutes as Udyr and come out of the wilderness expecting to carry your team. You will absolutely be behind in levels and your team will assuredly be flaming you (though this will happen regardless, welcome to League of Legends).

Farming junglers can still potentially find a place in this new jungle meta in way of objective control and frequent counter-jungling, however. While it may not be as efficient as ganking/taxing, the camps and rift herald do respawn faster now which allows farming junglers to farm more in less time and spend the remainder pressuring/taking objectives, warding, etc..

A word of caution: since solo lane experience has increased, this means that you will more often than not be ganking opposing laners who have a decent level advantage over you. Although it is important to gank, do not do so arrogantly or you may end up staring at a grey screen. 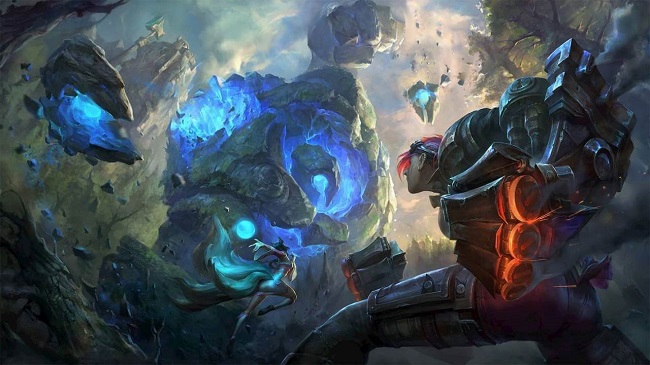 Sticking to the trend of doing everything imaginable to increase your odds of winning i.e. staying ahead in levels, counter-jungling is more essential now than perhaps ever before.

It’s just simple math really: the more jungle monsters you take from the enemy jungler, the less they will have. And since the jungle experience is already in a very bad state, this will be even more detrimental for them. With no jungle to clear, the opposing jungler will either have to 1) force a gank, 2) tax a lane, 3) counter-jungle you back, or 4) wait for the camps to respawn.

Regardless of which option the jungler picks, the opposing team is put at a disadvantage. A forced gank can result in a disaster, putting the jungler further behind; taxing a lane will benefit the jungler yet hurt the laner; and an attempt to counter-jungle you is easily punishable if you set up an ambush.

Now although the camp respawn rates have increased, the gold and experience rewarded from their defeat has decreased, meaning that a jungler would simply be wasting time waiting for camps to respawn when they could be performing the other three options previously mentioned.

Furthermore, if you manage to steal the opposing jungler’s monsters and kill them, they will be set back tremendously. Honestly, a few well-timed counter-jungles and an enemy jungler can be set back almost irreversibly.

Trust me, there’s nothing more demoralizing than getting invaded before 1:28 and losing your first buff and leash.

4. Prioritize Dragons Over Everything.

With the introduction of dragon soul buffs this season, claiming four dragons for your team is a matter of dire importance. The same applies to the revised Elder Dragon buff, which is an instant-execute against champs at 20% health – a huge deal in late-game teamfights.

Now this is not to say that you should throw your life away in order to steal every dragon that the enemy team is taking. If it’s not a safe fight or you don’t think you can manage the steal, let them have it. However, make every effort to refuse them their fourth dragon, as this will have a noticeable difference on the game (especially if it’s infernal dragon soul).

I also realize that sometimes taking dragon is heavily reliant on how your team is doing. If your bot lane has given the enemy bot lane seven kills by six minutes and their jungler has killed top three times, scoring that dragon probably won’t be very easy. Regardless, ignoring dragon and allowing the other team to freely pick up a soul is a terrible idea and you will be at fault as the jungler.

Additionally, if it comes down to the decision of taking/contesting Baron or Elder Dragon, absolutely go for the latter. The execute is extremely powerful – it can turn what seems like an even teamfight into a slaughter once you whittle the enemy champs down to a quarter health. This is especially noticeable against squishy targets like assassins, mages, or ADCs who have low health totals to begin with.

Laners are not going to like this, but the truth must out. Taxing lanes is unfortunately one of the best ways in the game right now for junglers to catch up on or get ahead in experience. That being said, there are distinct drawbacks which you should be aware of.

If you’re taxing the lane while your laner is there (i.e. after a successful gank) you will be stealing experience from them and setting them back. If they’re already ahead then this isn’t something to worry about too much. However, if they’re behind, you may want to choose another lane to tax.

If the laner is roaming or dead, you will not be stealing experience from them but you will most likely be putting their lane at a disadvantage for when they return, especially if you’re not maintaining good wave control.

When all is said and done, taxing can be done tastefully and strategically. Will laners appreciate it? No, usually not. Is it the end of the world? Depends on how you go about it and who you are playing with. I have taxed lanes before and been all the better for it and then I have taxed lanes and had teammates flame -> rage quit.

Again, play around your team and only tax if you absolutely have to. It’s better to set your lanes back a bit if that’s what it takes to keep your smite on equal footing with the enemy jungler. 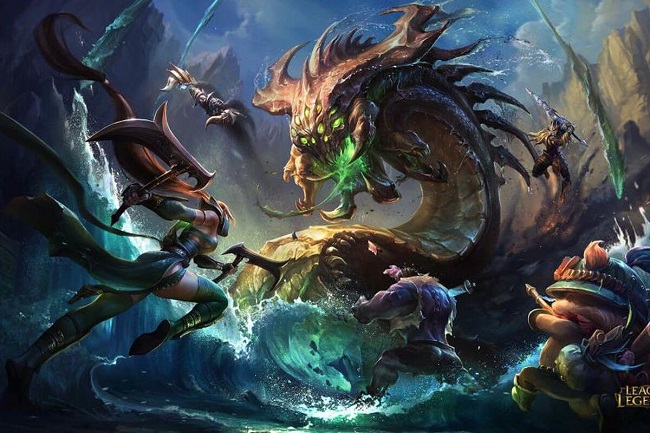 Keep Calm and Jungle On

As always, the role of jungle is a thankless position. Many players expect junglers to be their own personal white-out; correcting any and all mistakes they make. Prepare to be berated and flamed for every pathing mistake, mistimed smite, failed gank, and anything else you can possibly think of.

Season 10 has also done no favors for the jungle player, creating an environment that is very difficult to be successful in. Many champions that were once viable in the jungle have become obsolete, leaving only a handful.

Don’t let these ill-fated realities dissuade you from playing this role. Jungle makes or breaks a team, regardless of what your bot lane carry thinks. Your position can be felt the entire map over when executed properly. It is my hope, then, that these strategies enable you to acclimate yourself to this Brave New Jungle.

See you in dragon pit.

As I said, this list is certainly not all-inclusive. Is there anything you think I left out? Leave a comment below!