Why You Shouldn’t Sleep on this MOBA: An Inside Look at Masters of Conquest

Oversaturation is not a new concept in business. When a product garners a lot of attention and is wildly successful, there will absolutely be companies vying to replicate that product and consequently reap the rewards.

In some instances, a company can indeed ride the tailwind of a prosperous product and profit significantly. In many cases, however, so many similar products flood the market that few perform well and the rest become forgotten or ignored.

In the gaming world, a prime example of this situation is the Multiplayer Online Battle Arena genre. Following the introduction of the hugely popular megahit League of Legends, games like Dota 2, Heroes of the Storm, Smite, Arena of Valor, and others sought to recreate Riot Game’s magical formula (with varying levels of success).

Still to this day, League of Legends and Dota 2 remain the two most-played MOBAs, maintaining a level of genre dominance unseen since Call of Duty in the FPS sphere.

How, then, could an upstart MOBA hope to compete with such industry goliaths?

Enter Masters of Conquest, a deep space MOBA that takes the bones of the genre and rearranges them into something unlike any other MOBA game out there. I was fortunate enough to snag an interview with the lead developer behind this unique creation and our conversation revealed the following:

Q: How did you come up with the concept of Masters of Conquest –what was your inspiration?

A: My dream as a game developer has always been to create a connected experience where massive battles are possible. I like to play games that make you feel like you are a part of something big. Mainly, Masters of Conquest is inspired by three games. These are StarCraft, Eve Online and Ultima Online. I always thought that the combination of these three would be pretty amazing. Unfortunately, nothing like this exists so I thought I might as well work on it. Spoiler: I still have a long way to go.

Q: What did you have the most difficulty with during the development phase?

A: I would say it gets somewhat frustrating when you realize that you need to rewrite most of the engine to squeeze more performance out or it. It took us about eight months and three major refactors to get multiplayer working at 60fps consistently. Sometimes, you are like “why didn’t we do it like this from the start”.

Sometimes, you make mistakes. Overall though, in my experience, it is normal and development is just difficult. If you want to learn something, difficulties are a good thing. Just stay focused on your goals and you get through it.

Q: What sets Masters of Conquest apart from other MOBAs?

A: I think it wouldn’t be fair to say that it’s our lore. Indeed, our storyline is unique and setup in a way that gives us a nice dynamic spectrum where we can introduce dragons, zombies, aliens, space, magic, etc. However, our current selling point is not that. It is the way we approach the environment. Most MOBAs set their action on a flat map. Basically, they feel like tabletop/board games. We put ours into a planet.

This may seem trivial but it does open doors for additional mechanics. Also, your character gets to “peer into the night sky” so to say. I think this sort of inflection creates an avenue that can bridge between MOBA and MMO experiences.

Q: How did you decide on the three classes available to players, and are there any plans to introduce additional classes? If so, which ones?

A: This was decided because the best way to start is to start simple. Having hundreds of classes on day one takes an immense amount of effort. It is also counterproductive for business. It’s better to deliver content in bits and batches. Currently, we are keeping our focus on the most essential, which is making multiplayer mechanics work well.

To get to the next level, our engine must be solid. This is very important if we want to fulfill our goal of redefining this genre and combine MMO and MOBA elements in a unique way. Ultimately, yes, we want players to have more options and there are plans. However, I am not able to share significant details at this point. 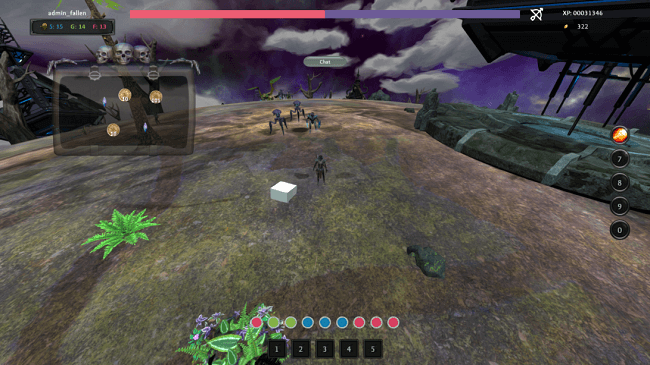 Q: I see that you track each faction’s progress on your website –how often are these stats updated?

A: Yes, this is a pretty important part of the Masters’ experience. The stats are real-time so the player as well as the onlookers can get a quick insight on what is going on. Currently, we have only one planet so it is simply kill/death ratios. But as we grow this will also develop into a more sophisticated experience.

In a nutshell, this is a tool for the players to understand how their faction performs universally where they should be focusing their efforts, help drive events and ultimately make the player feel seriously invested into their factions. We also have a traditional leaderboard of course.

Q: So far, what has been the most challenging aspect of maintaining a game such as this one? What has been your favorite aspect?

A: The most challenging aspect of maintaining a game like this is uptime. We have to make sure our servers are up 24/7. There are also issues with pin/latency standard type of thing for a multiplayer game. Our favorite aspect is having people try the game.

It also gets exciting when we get constructive feedback or somebody offering help. This makes us feel like we are doing something worthwhile.

Q: What are some tips you have for new players?

A: Stock up on Energy Shards. Thank me later.

Q: How do you plan to support Masters of Conquest into the future?

A: Currently, the game is self-funded and so far it’s been working for us for the last 2 years. The good thing is that our playerbase is growing. Eventually, we’ll get to the point where we can make a better business case and get outside funding.

We’ll also consider a publisher. All in all, it is outlined in our “top secret” business plan. Realistically though, we just continue going as we are. 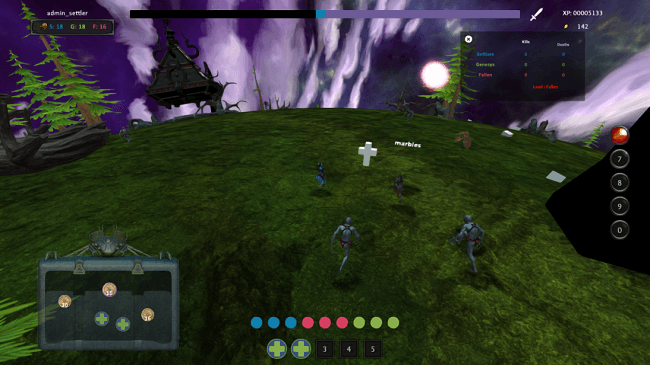 If you’re a MOBA fan in the mood for something new, please be sure to give Masters of Conquest a shot. The distinctive gameplay is addicting once you become accustomed to it and the Runescape-Esque graphics are really quite nostalgic.

And although Masters of Conquest is not as intricate or as heavily-funded as say League of Legends, that is by no means a reason to shrug this game off as another copy/paste clone. The possibilities for this game are, much like deep space, exciting, vast, and unknown.