After about a week of dedicated playing – something that isn’t too difficult with a dangerous virus on the loose – I finished Ori and the Will of the Wisps…and it blew my grossly-high expectations out of the water.

Although I didn’t technically 100% the game (I ignored most of the random spirit light containers), I did complete all of the glade construction and seed projects, shrines, life/energy cells, and combat skills/spirit shard upgrades.

I was a bit nervous about playing Ori and the Will of the Wisps; primarily because I honestly didn’t think it could stack up to the original. Ori and the Blind Forest pushed the boundaries for what an indie studio is capable of producing and remains to be one of my favorite indie games of all time.

However, Ori and the Will of the Wisps manages to not only preserve the magic from the first game but also infuse it with tons of QoL improvements and new, enjoyable mechanics like auto-save and spirit shards.

While most of everything that Ori and the Will of the Wisps brought to the table was an improvement over the original, here were the features I thought made the most significant difference.

The first aspect of Ori and the Will of the Wisps that I immediately noticed and fell in love with was the combat.
No longer is defeating an enemy as simplistic or easy as mashing the x button while jumping circles around them. Now Ori has access to a sword and hammer –each with their own combos and fighting styles – along with a bow and a handful of other damaging spells.

This expanded repertoire allows for some tremendously fun boss battles and combat trials, none of which would have been nearly as engaging had they taken place with the original’s combat mechanic.

Speaking of boss battles, the fight against the spider mother and the final battle against Shriek were probably two of the coolest moments in the entire game. They forced you to adapt and utilize all of the skills you’ve learned throughout your playthrough; an essential formula for a successful boss encounter. 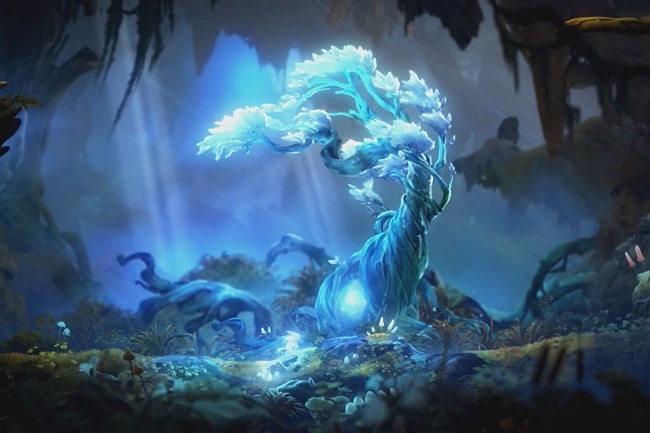 I’m actually baffled that Ori and the Blind Forest didn’t have a feature like this. I realize that they had achievements based around speedrunning, but there was really nothing for the casual player to get a taste of the fast life.

I’ve played my fair share of difficult platformers, so these ghost race time trials weren’t too foreign to me, but I thought they were the perfect mix of challenge and amusement. Even if I failed, I had the ghost Ori running a perfectly viable path which I could then retrace.

Not only were these satisfying to complete for the sheer sense of accomplishment, but they also rewarded you with a whopping 1K spirit light to use as you see fit (something that comes in very handy when you ignore most of the random spirit light spots on the map).

Besides, once you complete a trial you are able to view the leaderboards and compare your best time to that of both your friends and the world. There’s nothing wrong with a little splash of bragging rights, after all.

I’m not positive, but taking a look at this mechanic along with the boss battles and combat shrines and I’m tempted to believe that Moon Studios took a lot of inspiration from Hollow Knight.

In Ori and the Blind Forest, your perk tree was linear and was the same for everyone. While most of the perks offered were good, there was no sense of customization or unique playstyles.

Now, however, Ori is able to equip spirit shards – which work almost exactly the same way as Hollow Knight charms. With a maximum of eight spirit shard slots available to you by late game, any type of build is possible.

And unlike the charm system, the spirit shard system does not have an equip cost feature. Therefore you can equip any combination of shards your heart desires, regardless of how powerful or lackluster they may be.

Since there’s nothing more satisfying to me than doing absurd amounts of damage (regardless of the risk involved), I equipped all of the shards pertaining to increased damage and reduced energy cost/energy regeneration. Combat at that point boiled down to a few arrows from the spirit bow and a whole room was clear; it was glorious.

Another much-welcomed addition are the plentiful spat of non-playable characters scattered throughout the map that you can interact with, opening the gates for deeper lore, side quests, and an overall communal atmosphere.
In Ori and the Blind Forest, the world seemed dead (and to be fair, it was certainly dying). You were alone, traveling through hostile and alien lands on a quest to revive a tree that you don’t even remember falling from.

Dealings with the inhabitants of the world were scarce and almost always dangerous. Not so in Ori and the Will of the Wisps.

In this game, characters appear and reappear as you cleanse the land and retrieve the wisps of light which have become lost, all the while offering conversation, upgrades, and tasks.

My mind is again brought back to Hollow Knight, where NPCs abound in the dying kingdom. It certainly feels much better to buy a map from a person in order to reveal an area as opposed to bringing one rock to a bigger rock. 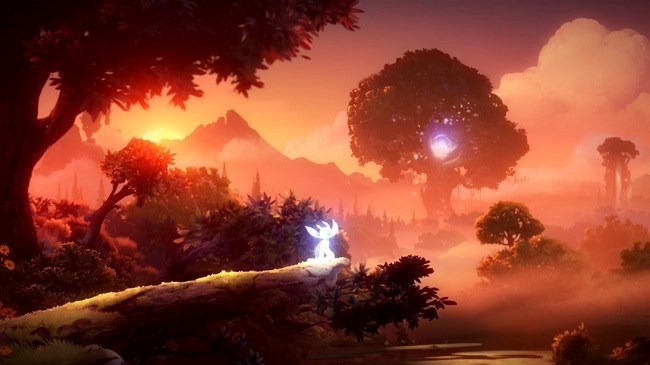 The Will of the Wisps

While Ori and the Will of the Wisps can absolutely be played without any knowledge of the first game, you’d be doing yourself a disservice if you passed up on the opportunity. Ori and the Blind Forest is, as I mentioned earlier, a gem amongst indie games.

Moreover, the improvements made to this game will not seem quite so impactful if you don’t have any ground for comparison. I can’t emphasize enough just how impressed I was with the enhancements Moon Studios made.

As great of a game as the first one is, Ori and the Will of the Wisps is on an entirely different level. Luckily, it’s available now on Xbox Game Pass (which you should sign up for if you haven’t already) and since you’re probably at home, there’s no better time than the present.

Which features did you like most about Ori and the Will of the Wisps? Leave a comment below!