What would be the Preferred Loadouts of the Apex Legends Roster?

One of the major attractions for me in battle royale games is the opportunity to kit your character out however you’d like. Sure, RNG plays a large factor in this process, but more often than not, you can choose weapons and accessories that fit your ideal style of play.

Apex Legends is no exception. Given the choice between an R-99, a G-7 scout, and a Sentinel, different players are going to pick up the guns that favor their strengths; whereas some players excel at close quarter combat and enjoy the thrill of rushing down an enemy team, others prefer to remain at a distance and down their quarry with well-placed shots.

This got me thinking: what kind of kits would the legends in Apex Legends choose were they able to? Since Apex Legends has such a rich wealth of lore (which is surprising considering that it’s solely a battle royale), one could make some fairly reasonable assumptions based on their in-game personalities and background information.

That being said, here are the loadouts I think fit each character best: 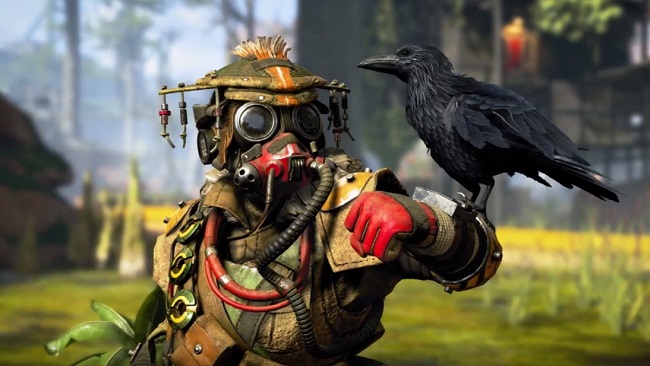 Bloodhound is the most renowned big-game hunter in the Outlands, so hunting enemy legends should be a piece of cake. His weapons of choice, the Prowler and the Longbow, would reflect his emphasis on precision and lethal efficiency.

Because a burst-fire weapon is much easier to handle than a full-auto equivalent, Bloodhound would opt out of using a selectfire receiver. With his short and mid-range combat covered by the versatility of the Prowler, Bloodhound would take the Longbow to complete the triumvirate.

This sniper rifle would enable Bloodhound to spot enemy tracks from much further than normally possible, giving him and his team a distinct advantage and a clear path to follow. As an added bonus, Bloodhound would take arc star grenades to slow unsuspecting enemy legends once their trail leads right to them. 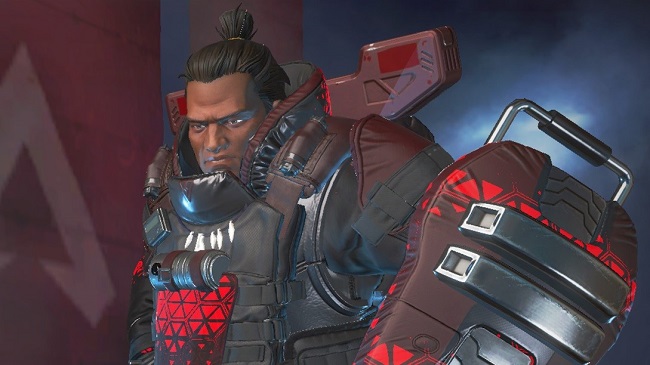 Gibraltar, like Caustic, is a big man (though Gibby even makes Caustic look tiny in comparison), which means that he’ll be able to carry a lot more onto the field than other legends. To compliment his strength, Gibraltar would absolutely use both the Spitfire as well as the Devotion. Carrying two LMGs would be far too much to ask of any other legend, but not for him.

The large magazine sizes and high rate of fire featured on both LMGs make them the perfect cover-fire weapons, and with smart use of his gun shield, Gibraltar becomes the anchor of any counter-aggro team.

To help break enemy formation or stall an aggressive push, the large blast radius and knockback of the frag grenade would be ideal, making him and his team very hard to approach safely. 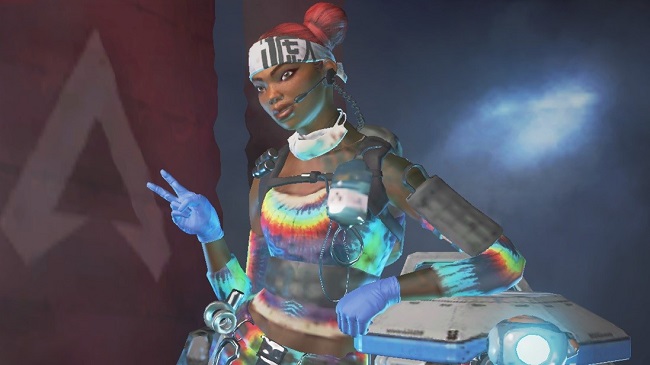 Lifeline, being a combat medic, will have seen her share of war. However, due to the need for a plethora of medical supplies, she does not have room to be hauling around large weapons and ammunition. Therefore, she would choose weapons like the Alternator and the Mozambique: simple weapons with easy-to-find ammunition types, small dimensions, and effective results.

With a focus on support and healing, Lifeline would not be the first to engage; when forced to fight, though, her weapon combo would prove quite deadly. After knocking off any shields using the Alternator, the Mozambique equipped with hammerpoint rounds would mop up enemy legends in as few as a single trigger pull.

To create breathing space for healing or reviving, Lifeline would use thermites to block choke points and obscure enemy vision. 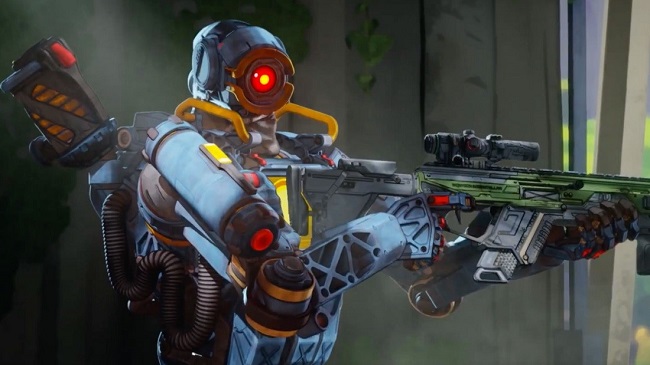 As his title suggests, Pathfinder feels most at home gliding across the map on zip lines or soaring up to vantage points on his grappling hook. With scouting being the name of the game, weapons suited for long-range vision and engagement would be his specialty.

Packing a Kraber, no enemy movement would go unseen by the friendly robot, thanks to the 4x-10x digital threat it comes outfitted with. And, with the ability to one-shot headshot most enemy legends, Pathfinder would be able to do much more than, well, path find. While his grapple allows for quick engages and get-aways, a Hemlock would offer a decent mid-range option with more flexibility during these fast maneuvers. To break down doors and for explosive entrances via zip line, Pathfinder would opt for frag grenades. 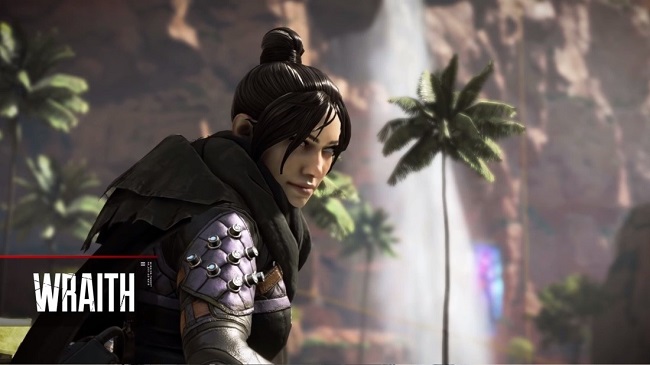 Wraith is a woman hell-bent on revenge against those that cursed her with the time and space-altering abilities she currently possesses. As such, she’s going to want to get up close and personal with those responsible: meaning an R-99 and an EVA-8 would serve her nicely. Because her portal and phase skills can be utilized for engage as well as disengage, having a pure close-range loadout will not put her at any noticeable disadvantage.

Furthermore, her loadout would excel at winning CQC match-ups thanks to the ridiculously fast damage output of both the R-99 and EVA-8, with the digital threat on the R-99 making smokescreens useless against her fury. At this range, arc star sticks are much easier to accomplish, hence why she would use these as her grenade. 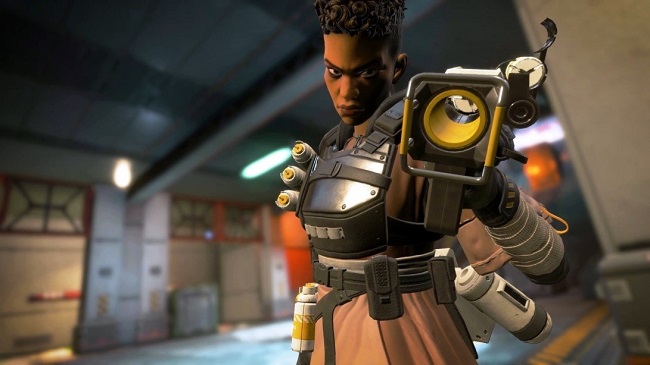 Bangalore, being a professional soldier, would no doubt pick weapons that she is accustomed to using from her time spent in the IMC Armed Forces – namely the R-301 and G7. Each weapon is simple to use, easy to find, and effective at a varying degree of ranges, making her a true jack-of-all-combat-scenarios. Frag grenades would be her bread and butter, flushing enemies out of buildings and straight into her heavy artillery barrage.

To enhance her close to mid-range performance, Bangalore would equip her R-301 with an extended magazine (not an extended clip though, that’s for civvies). Furthermore, thanks to her training, Bangalore has become highly efficient with weapon iron sights, allowing her to pass up most scopes to her teammates.

Caustic is a man of science, but he is also a deranged murderer who traps people in rooms with corrosive, toxic gas and notates the horrendous deaths they experience. Being the gigantic brute that he is and bearing in mind his main strategy, Caustic would not have need nor want of any weapons save his fists. Up close and personal is where he thrives; after all, it’s easier to take notes based on first-hand experience (pun intended).

Granted, he would also most likely keep a purple backpack stocked to the brim with thermite grenades to stack the damage-over-time effect of his NOX gas with the burning effect of the thermites. While not as campy as Wattson, Caustic would still prefer to hole up in a single place and ambush unsuspecting legends. 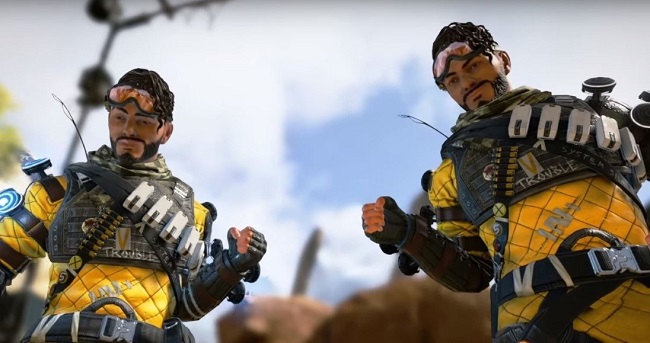 Mirage is all about style and flashiness and that would directly translate into what weapons he would pick. The Wingman is not an easy gun to use, featuring both a slow fire rate and a small magazine size, but what it lacks in user-friendliness it more than makes up for in power. He would no doubt attempt to pull off cross-map headshots while zip lining under heavy enemy fire regularly.

To give himself some versatility and something to impress the ladies with, Mirage would also pack an L-STAR – the louder and brighter the weapon, the harder it would be for him to resist. And by using thermites, Mirage could create twice as many diversions, weaving his decoys with the luminous flames (sparks?) to bamboozle enemies twice as hard. 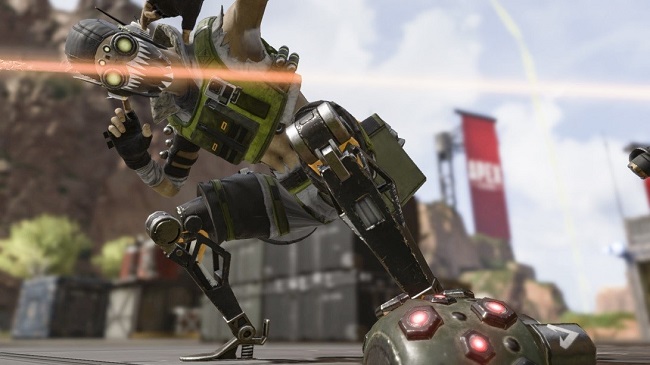 Octane doesn’t know the definition of chill, so he would obviously grab the weapons that fit a run-and-gun-and-keep-running playstyle. With an R-99 and a Peacekeeper, there is not a close-range encounter that he would not be prepared for. Since he would not want to stand still or even slow down, there would be no point for him to equip scopes as he would stick to firing from the hip.

Having a solely CQC build would put him at a disadvantage against more patient, long-range legends like Wattson or Crypto, but his inherent speed and jump pad ability could be utilized to close the gap. Thanks to his experience in the Gauntlet, Octane would have a special place in his heart (not his legs though) for fragmentation grenades.

Let’s be honest, Wattson would be a camper. Her electrical fences and whirling static machine lend themselves to keeping her and her team in one heavily-fortified building until forced to move via the ring. As such, her preferred weapons would reflect a sentry role: a sentinel rifle and a charge rifle.

Because Wattson’s ultimate recharges shields, she would be able to feed shield batteries into the sentinel with much less detriment than other legends could. And, while the sentinel is out of empowered shots, she could switch over to the charge rifle and continue to hit just as hard.

This sniper-focused loadout would cause her to struggle against close-range builds like Wraith or Octane but a few well-placed arc stars would help slow down intruders and give her more time to snipe.

Crypto is a surveillance expert, gathering intelligence about enemies from a great distance and then using it to formulate his next move. In order to take full advantage of his drone’s EMP blast, he would need long-range weapons to quickly follow-up the shield breaks with. Therefore, a HAVOC with a selectfire receiver and a Triple Take with a 4x-8x variable scope would be his go-to guns.

Anything outside the effective range of the HAVOC could easily be covered by the Triple Take, with the precision scope allowing for highly-condensed and accurate shots. Plus, having the HAVOC enables Crypto to be competitive even in tight quarters thanks to its high damage output. To support his sniping, arc stars would be taken for their slowing effect. 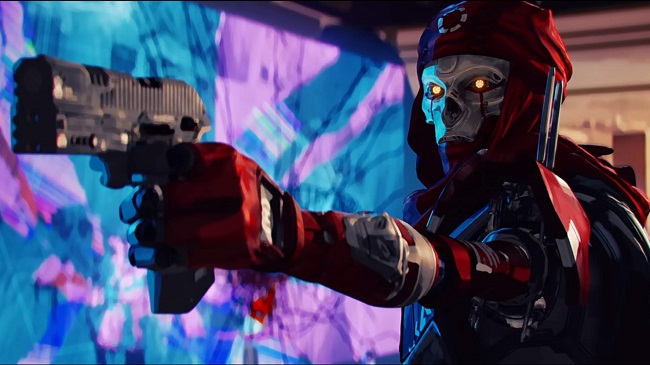 Revenant is death incarnate, and his loadout would match his bloodthirsty demeanor in both raw power and deadliness. The Prowler with a selectfire receiver is capable of sending a hail of bullets at an enemy in a matter of seconds and the high damage output guarantees they’ll be down before the mag is empty.

While Revenant’s foremost strategy is to rush down the enemy under the protection of his death totem, he would also hate to lose the chance at a kill. This is where the Flatline with the anvil receiver comes into play.

Even if an enemy legend somehow survives his relentless onslaught, there will be no escape when Revenant starts hitting them with the insane single-shot damage of the Flatline. Thermites would round off the loadout, enabling him to block off escape routes.