Capcom has flourished due to the creative force of Hideki Kamiya and Shinji Mikami, the legendary director-producer duo. One of their most iconic titles was Resident Evil 2, an unforgettable battle to save Raccoon City from a mysterious plague.

There were talks about a possible remake ever since 2002, but it was delayed due to Capcom’s focus on other titles. Resident Evil 4 and subsequent games were successful, and the team simply didn’t have time to commit to a remake. When we found out about the Resident Evil 2 remake release date, we were beyond happy.

What we loved about the game is the unique design. Even though the engine on this remake of Resident Evil 2 is state-of-the-art, details from the original game has been left. This approach gives the game an excellent atmosphere. People who loved the game will still love it, while there is enough space for younger gamers to experience it.

About the Resident Evil 2 remake gameplay and new challenges

While the design was the first thing to impress us, we can’t rave enough about the gameplay. While the 1998 original used tank controls and fixed angles, the Resident Evil 2 remake features an amazing third-person shooter.

We could compare it to Resident Evil 4, for instance. It’s easy to navigate and slowly master the controls, which makes this game great for novices to the horror shooter genre.

One aspect we also noticed was the zombies were much more mobile. Instead of being somewhat “groggy” in the original version, monsters are able to move at fast speeds.

Since the graphics are much improved, so is the clarity. Older gamers will find this approach to fighting more challenging, but it’s overall more realistic. It’s a big plus which we understood even while playing the first alpha versions.

The best features of Resident Evil 2

• Unlike the original, the game feels a bit more “out of time,” without any markings of a certain era. This will make it accessible to more generations.
• Player movement is much more akin to real life. Leon, for instance, doesn’t have those large shoulder pads. If you didn’t know, they were inserted to hide the polygon design of that time.
• The focus is on the horror part, even more than the last time. The smoke, the fog and every gloomy part of the scenery are more pronounced. Capcom did a great job on instilling the terror in our bones. Jumpscares are also more abundant.
• It’s more difficult to aim, mostly because tank controls are a thing of the past. With a more realistic approach, it’s easier to master shooting after a few hours.
• The maps also feel bigger, and it’s all used properly, to create a classic horror atmosphere.

It’s amazing to see all these improvements, and you will notice them too if you’ve ever played the original game. The difficulty levels provide a variety of new challenges. Using this approach, Capcom urges players to up their game and challenge the various horrors lurking within Resident Evil 2.

We’ve had a tough time rounding out the most apparent reasons for playing Resident Evil 2 remake 2019. The game is simply spectacular, which many of the players will find out when the demo is released on January 11. The fans are already hooked to internet and looking for Resident evil 2 remake cdkey.

Let’s take a look at why everyone should give the Resident 2 remake a chance. 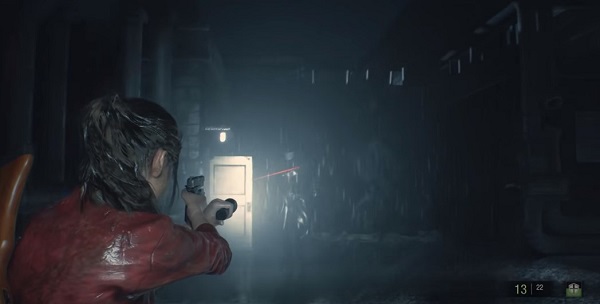 • Realistic action. There aren’t many horror games that still stay true to the original principles that made third-person shooter horror games such a hit. You will have to invest the effort to survive.
• They’ve stayed true to the original story. Leon and Claire are still present, and you will relive the story in a completely updated version.
• Spectacular atmosphere. Capcom are masters of creating horror games with a proper atmosphere. Resident Evil 2 has set some standards in this area, and they’re still alive in the remake. This is one of the games that really scare you.

Let us know how you felt about both the game and our review. Do you disagree with something? Let us know in the comments. Share some of your predictions about DLCs, as well.