It’s a popular concern among parents that video games are bad for their kids.

The majority of parents believe that children become too hyperactive after playing video games, lose their focus on studying, and become obsessive.
However, all these concerns already debunked in 2014, when Oxford University researchers published their study, which found that:

This study, which was published in the Pediatrics journal, also supported the educational value of video games for children, saying that, when chosen properly, video games can teach children valuable things, and even improve their academic performance. 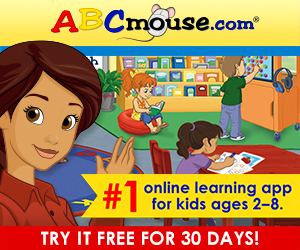 But, among so many video games available today, how can you find those that have real educational value?

Here are some of our suggestions on educational video games for kids.

For many kids, math may be one of the most uninteresting subjects at school. However, this game can turn things around and get your child excited about numbers and fractions.

This is one of the earliest educational games for children, first released in 1983.

The game contains over 600 equations to teach children about:

One of the recent versions of this game offers young players to build a rocket ship by solving equations: 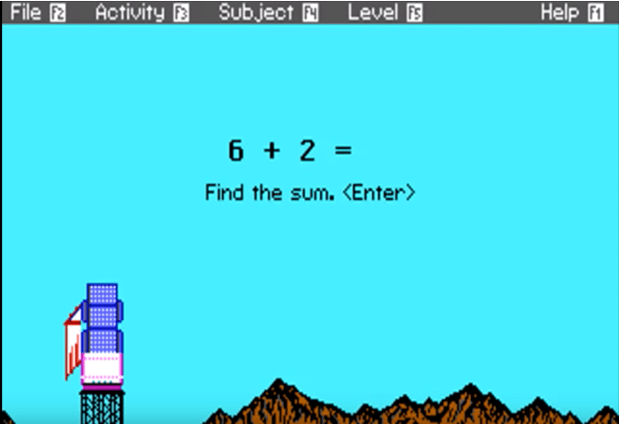 This gameplay may be very entertaining for kids who dream of becoming astronauts or are excited about science.

Today, Math Blaster also offers a set of mobile games for children. The gameplay is also built around the space theme, and all the games are divided according to the child’s age – from preschool to 6th grade. There are also separate games to help learn about addition and subtraction.

Sesame Street: Once Upon a Monster

Released by Warner Bros. Interactive Entertainment back in 2011, this game can be played through the Kinect controller on Xbox 360 console.

This game is about an immersive experience for children, who have to participate in the gameplay by following the instructions, narrated by Elmo and Cookie Monster. 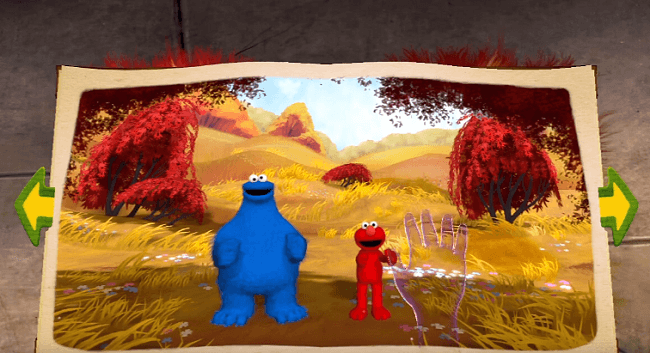 Thus, players have to complete the quest together with the characters and solve problems. Sometimes your kids will have to repeat certain movements after Elmo and Cookie Monster, like ducking under branches and shifting to the side to avoid hitting rocks.

The game generally has positive reviews, and is the best choice for preschoolers, teaching them to follow instructions to achieve a certain result.

This game is similar to Math Blaster, as it also has math equations, but it also offers a lot of memory training and puzzles to solve: 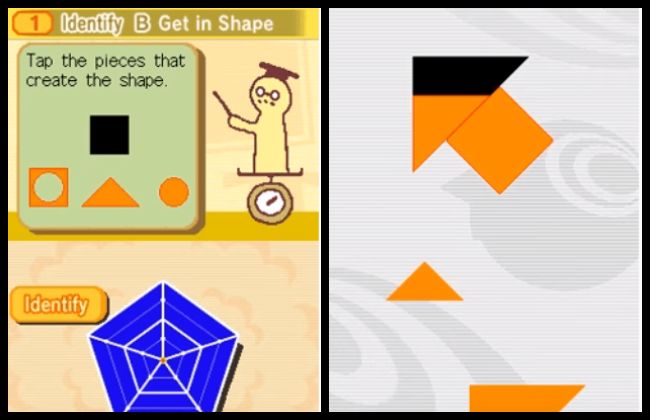 There is no gameplay as it is, but the main idea behind this game is to measure how heavy the player’s brain mass is. To do it, the player should go through 3 modes:

Despite having no particular gameplay, Big Brain Academy is one of the most acknowledge and popular educational video games for kids. The game has won a Double Platinum award from The Association for UK Interactive Entertainment in 2009.

Created for Nintendo DS, this is a side-scrolling game. You need to control the player named Maxwell, who collects Starites – objects needed to complete each level.
To collect Starites, a player needs to help Maxwell complete certain tasks, from math equations to puzzles and vocabulary-related questions, like this:

As a result, there are two types of levels – puzzle and action-based levels, completing which requires certain skills, like logical thinking and problem-solving.

Today, Scribblenauts developers have already introduced several sequels to the game. The latest of the sequels – Scribblenauts Showdown – was released in 2018, and has over 25 mini-games to help players improve their vocabulary.

Partially based on Nancy Drew books, this is a series of interactive games for older children, ages 12-15. There are Mystery Adventure games and Scary games, but all of them invite a kid to become a detective and solve mysteries.

For instance, Nancy Drew: The Silent Spy is one of the interactive games, that involves a lot of your child’s attention to complete the quest, from solving puzzles to reading long documents, which contain important information to follow the gameplay: 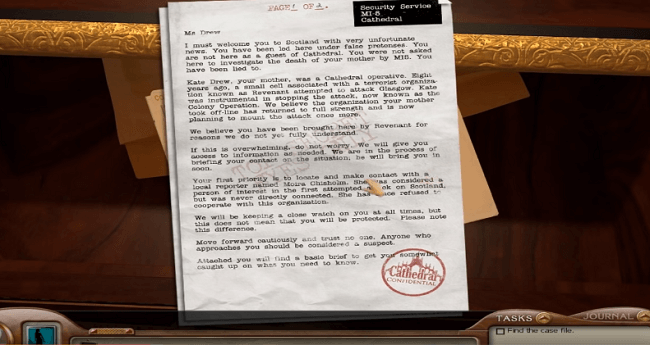 This is one of those games that don’t force learning, it is engraved into the gameplay. “Nancy Drew interactive games are perfect for teenagers, who are looking for entertainment rather than learning when picking a video game,” says Martina Jefferson, a researcher at Flatfy. For instance, teens can learn tons of real facts from history without even realizing it.

You can play as a junior or senior detective and get easier or harder levels, respectively. This game is a great option if you want your kid to be entertained and still spend quality time.

World Rescue is one of the simulation games that every parent will appreciate. It has a lot of educational value and touches on the subjects that are especially important nowadays – environmental education.

The World Rescue gameplay is set in several different countries – Kenya, Norway, Brazil, India, and China. There, your kid joins a group of other heroes to tackle the world’s most topical problems – displacement, deforestation, disease, pollution, drought, etc.

In particular, kids can learn more about recycling by following a series of simple actions: 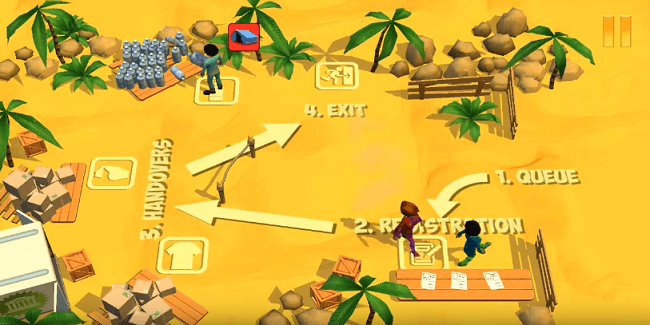 The perk of this game is that your kid will have to become a member of a community to cooperate with others to solve the problems. 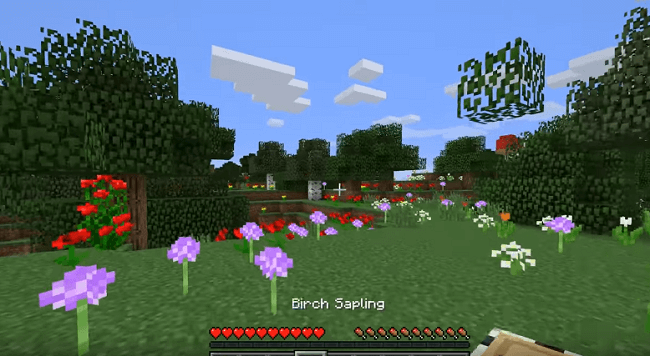 Minecraft is a legendary game, it’s hard to find someone who has never heard about it. Many parents, however, get annoyed with this game, mostly because the gameplay is very addictive.

However, if you take a closer look at this game, you’ll see that it can teach your child a lot of skills, from working in a team to creative thinking.

While playing Minecraft, your child gets to gather resources and use them to craft tools, which they will later use to complete quests. There are also different modes, like survival and creative adventure, which all require different levels of concentration.

Another great perk of Minecraft is that gameplay depends a lot on teamwork. Some tasks also require reading and math skills. The educational potential of Minecraft inspired its developers to create Minecraft: Education Edition, which is used in the classrooms.

All these games have great educational value for kids and can teach your child useful skills, which are important for them to adjust, work in teams, and improve academic performance.
The experience with educational video games should, however, come in moderation.

At the beginning of the article, we mentioned that video games have a positive effect on children, but only in case they spend no more than an hour a day playing them. Brief gaming sessions will allow your child to get entertained, while not completely taking their focus off other things, like doing homework or helping around the house.

There is no sense in being against video games, especially considering the fact that a lot of them are used in classrooms nowadays. However, your control as a parent is needed to make sure that video games don’t consume too much time.

About the Author: Ryan is a passionate writer who likes sharing his thoughts and experience with the readers. Currently, he works as a digital marketing specialist, you can check his website. He likes everything related to traveling and new countries.
kids video games video games for kids