Overview of the top Gacha Games

There have been a lot of Mobile games come out on the market over the last few years. And out of all these games, the “Gacha” format is one of the most popular.

A Gacha game (also known as a character collector) is a game that focuses on collecting different characters. Typically by using the specific game’s currency to buy character pulls for a random chance at the high ranking characters.

There are so many of these games out now but like all games, some are better than others. The following games are some of the best Gacha games that have been released in recent years and ones you should be playing in 2020.

Note: This list is in no particular order by rank. It is simply meant to highlight the 10 games.

What is your favorite game?

Langrisser M is the mobile version of the popular Langrisser series. It is a game that has been around on consoles for decades and has a pretty big fan base.

Langrisser M is a turn-based strategy game that runs on a tile system. The field is split up into square tiles and each character has a different movement limit of how many tiles they can move per turn.

When two characters are by one another they can attack. It is very similar to games like Fire Emblem but really it follows the same rules as Chess with a bit more flair and style added into the mix.

The game itself is just as fun as the console versions of Langrisser. There are tons of characters in this game that many fans of the series will recognize.

It is a very friendly PvE game with a good PvP scene. With its style of gameplay, it is very easy to pick up and learn the mechanics in just a few minutes making it a good game for newcomers to the series.

Now, Bleach: Brave Soul is a bit of an older Gacha game that has been out since 2016. So having it on this list might seem a bit strange compared to some of the other games but there are reasons.

Bleach has been going strong for over four years and among the sea of Gacha games, it is one of the games with the most attention from its developers. Klab does a great job at keeping the game updated and current.

Now, that is not to say games like Dragon Ball Z Dokkan Battle and Naruto Ultimate Ninja Blazing have been forgotten. Those games are just as active and current as any other and probably seen as more popular in terms of players compared to Bleach: Brave Souls.

But the reason Bleach: Brave Souls is placed on this list is because of the source material the Gacha pulls from. At the moment, Brave Souls is the only source of new material involving Bleach.

With no anime or manga currently running and no other games on the scene, Brave Souls has been the home for new content involving Bleach. Most recently introducing character designs directly from creator Tite Kubo from the “Can’t Fear Your Own World” novel.

It is extremely PvE friendly and does not punish you for playing 100% free to play. The PvP scene might not be as engaging or intense as some other games but it is worth getting into.

But it is a great Gacha game and it is important to the fans of Bleach and the series itself. Bleach: Brave Souls is what has kept the series going long after its anime and manga run ended and it will most likely continue to keep the series alive as long as it is active.

A newer game with the global version coming out latest in March 31st 2020. Grand Cross is a highly anticipated Gacha game and is based on the popular anime Seven Deadly Sins.

It is a turn-based RPG where you build a team of characters and go through different stages such as the story mode and dungeons. It is similar to some other Gacha games, following the same format of each character having a set amount of abilities and attacks they can use.

The game itself, however, is graphically amazing. For a mobile game, it looks incredible and even better than some mainstream games that have been released in recent years.

A big pull about Grand Cross is the anime attached to it. Seven Deadly Sins has a big fan base and those who have watched the anime are excited about the game.

But even if you are not a fan of the anime itself the game should not turn you off. It is a high-quality Gacha game and follows the similar tropes many others have while putting its own twist on them.

A game based on the popular Digimon series, ReArise brings to the table what Digimon Links was unable to. Digimon ReArise mixes the old school pet care style of gameplay with the current Gacha turn-based team fighting aspect.

In Digimon ReArise, you build a team of up to five Digimon and take them through different fights to strengthen them there. There is a good PvE quality to this game and a great PvP scene that focuses on Raid Bosses.

Outside of the combat mechanics is the games garden. This is your main screen of the game but also an area where you can interact with your Digimon and help them grow by feeding them and caring for them.

For anyone who played with the old Tamagotchi Digivices back in the day, you will know how these mechanics work. It is a great game for Digimon fans and has a great pool of Digimon you can obtain through the Gacha banners.

A game based on a highly popular anime in recent years. Attack on Titans Tactics is going to be released sometime in 2020 and it will be a popular one.

The fanbase for Attack on Titan is massive and there are so many people excited for this game. It has an interesting playstyle focusing on strategy and like it says in the title, tactics.

The big pull is that it is an anime Gacha letting you use your favorite characters from the anime. And the fact that you will actually be fighting against the Titans within the game is a cool twist to throw into the usual Gacha tropes.

It will definitely have its own unique style to it and stand out among other Gacha games when it is released. For anyone who is a fan of the series, you should be checking this one out.

Another big name Gacha game. Pokemon Masters is based on the insanely popular Pokemon franchise.

It takes the Pokemon turn-based battle system that everyone knows and simplifies it. Then turns it into a 3v3 battle system where you fight in teams instead of as a solo.

The biggest pull about this game is obviously the Pokemon you can get. But it is also the Gacha system involving the different trainers.

Pokemon Masters is the first time any of the trainers from the games have been available to be played. You can have Brock and Misty on your team or any of the other gym leaders as well.

It is a great Gacha game and puts a neat twist on the Pokemon franchise. It’s not as competitive or complicated as the mainstream games but it is fun to build your ideal trainer team and take on other interesting matchups

Shining Beyond should be released sometime in 2020 and it is going to be a fun one. Having a slight anime style to it but being more medieval with how it is designed.

It is a Gacha game with a little more customization than most. Allowing you to fully customize your characters gears, abilities, etc.

The gameplay style is a bit free roam where you can move your character freely. It follows the usual Gacha style of having a team of characters with specific attacks and abilities set to them.

In terms of gameplay, the only downside is the camera control. It is not horrible but there are only two set camera options you can choose from but this will not be an issue for everyone.

If you are looking for a Gacha game that plays a bit differently and has a bit of a different art style to it then this is one to keep your eyes on. 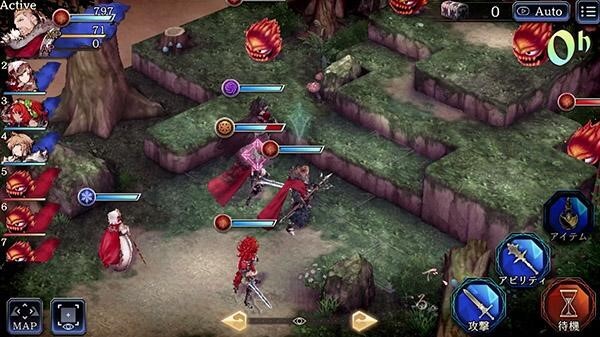 It is going to be a tile-based strategy game similar to Fire Emblem and Langrisser or just the old school Final Fantasy Tactics games for those who played them. This separates War of the Visions from the original Brave Exvius making the game its own unique thing.

And with it still being Final Fantasy this game brings all-new characters to be used. Splitting up the story into three different factions giving a whole new cast of characters to play as.

Now, this is a popular one that kind of breaks the mold of the typical Gacha games. Most Gacha games have the anime art style to it or is a mixture of anime and something else.

Raid: Shadow Legends looks like an MMO was pulled straight to your Mobile device. It is a beautiful game with an engaging battle system and it feels different than some of the other Gacha games.

The biggest pull of the game is just how many different characters there are. It has a high fantasy art style so there are a lot of human or elf looking characters but you can also get more unique ones like characters from Orc clans.

Overall, this game brings something new to the Gacha system and that makes it stand out. It is highly popular and worth looking into for anyone who is a fan of Gacha games.

Epic Seven is a Gacha game that has been out for more than a year and is still going strong. Released in 2018, it is still one of the most popular Gacha games you can find.

It has an active community, constantly receives updates, and has new characters added regularly. And if you are a fan of the anime art style then you will highly enjoy this game.

It is a turn-based RPG where you build a team of characters and go through different stages while fighting enemies. Each character has a set number of abilities they can use as well as a designated role and place within the party.

It is a very PvE friendly game as well as having a good PvP environment as well. It is also very friendly toward free to play players that do not want to spend any money on the game.

It might not be the newest game out there but it is one that started strong and never really had any hiccups. It is worth playing if you have not tried it before.

Here is a PvP tier list to help you get started.

Author Bio Kenny is a gaming enthusiast that operates in the mobile industry. In his spare time, he is found playing various mobile games or anything that captures his attention. He also has a personal site called gachax.com.
Gacha mobile mobile game review mobile games

Uniting Esports and Virtual Reality – Possible or Not?

JoJo’s Bizarre Adventure Part 6 Anime: When and What To Expect from Season 5

How to Fix Minecraft Not Responding? (7 Different Methods to Make it Work)