The 10 Best Gaming Projectors Under $200

Playing a video game with an HD projector is the ultimate big-screen experience. While there are plenty of projectors under $200 out there, you can actually get a fantastic gaming projector for under two hundred dollars. Below are 10 of the best gaming projectors you can get without busting your budget.

This projector from Vanko is a really great piece of equipment for those who want a good gaming experience. It manages to cover all the basics – solid picture, good sound, and excellent portability – all without breaking the bank.

While it’s hard to say that this projector is the best in its class in any given category, it performs admirably across the board. If you’re looking for something that’s just as good for using as a dedicated unit as it is for taking around town or setting up at an event, this might be a great projector for you. The Z498 mini-projector from Ragu is another really solid choice for those who want a good gaming projector. It’s got all the bells and whistles that you’d expect from a typical mini-projector, but it’s also got a few features that are legitimately great for gaming.

The best bit here is definitely the true 1080p projection. If you’re playing on a base-level console, you’re going to get as good a picture from this project as you’d get from any HD television. This kind of visual fidelity is rare, but it’s nice to see.

It’s also nice to note that this is a fairly quiet projector. This means that you’ll never have to worry about a buzzing fan overshadowing the dialog in a game, and you certainly won’t miss details when you’re sitting too close to the projector. This is definitely a projector for those who want to use the unit primarily for gaming. Unlike many other projectors out there, it actually has two HDMI inputs – that means you can attach two consoles or a console and PC at the same time. Users who choose this unit never have to worry about switching out their systems.

Beyond the utility, this unit also has some other nice selling points. It sports a great, bright image and it’s also relatively quiet. It’s a perfect machine for those who want a dedicated gaming projector. 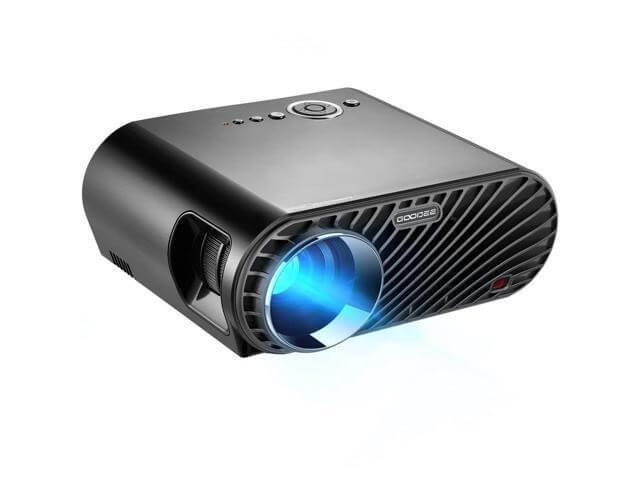 If you’re looking to go big, this projector from GooDee might be for you.

Yes, it’s got the ability to put out 1080p images, but what really impresses most gamers is the size of the projected image. At two hundred inches, it has a tendency to blow most of the competition out the water. What’s important, though, is that the projector manages to keep excellent visual fidelity at that size.

Even if you’re not looking for industry-leading image size, you’ll still find quite a bit to like here. The unit has great stereo sound, operates very quietly, and is easy to use. It really has a great combination of all the features that make gaming with a projector easy.

This cool-looking little projector does a great job with visuals, but it’s really the audio that stands out. If you’re the kind of gamer who needs to pay attention to audio cues, you’ll absolutely love what this one has to offer. Not only does it minimize the noise generated by the projector itself, but it also manages to produce very accurate stereo sound despite the small profile.

There’s plenty to like here visually, of course. The images are crisp and there’s very little lag, so it won’t impact how you play. You will, however, get to experience gaming on a huge screen and not have to worry about knocking the unit around. Durable and easy to transport, it’s a great choice for gamers on the go. 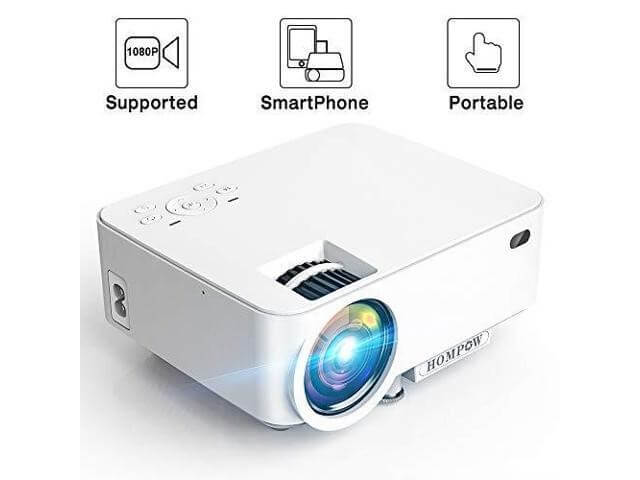 HomPow’s system really checks off a lot of the boxes that gamers tend to want from their projectors. It does a fine job of presenting an HD image, it’s easy enough to pack up for travel, and it’s got enough ports to keep up with modern machines. What’s really special here, though, is the ease of use.

The projector has a touch-screen interface, which automatically separates it from most budget models. This makes it easier to adjust settings and get your image exactly how you need it for each individual game. The extra level of user-friendliness really helps to set this projector apart from the rest of the pack. 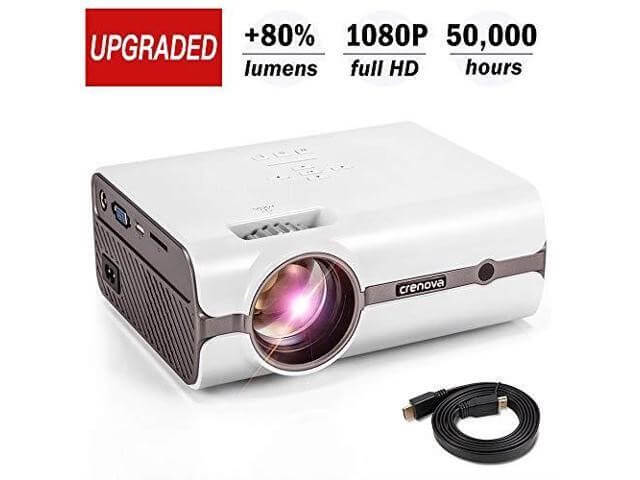 Crenova’s video projector is a fairly standard piece of tech, but it’s also one that seems like it should be at a higher price point. This is a cinematic projector first and foremost, but it turns out that those qualities also make it very good for gaming. Crisper images and more vibrant colors are really excellent for helping the rendered images stand out.

In addition, this is a great projector for streaming. While you’re not necessarily going to be streaming all of your content on a modern console, having a projector that can keep up is nice. Combined with the HD visuals and the excellent ability to tote the projector around, this one is a good choice for many gamers.

Zeacool’s projector really stands out not because of the number of lines of color on the screen, but rather the clarity of the images. It’s great to be able to get a fully-detailed, fully-realized image out of a projector, especially if you are trying to show off how cool your new gaming system really can be.

The portability factor is also something that shouldn’t be overlooked. It’s not just very easy to bring with you on the go, but it’s durable enough that you probably won’t cause problems by moving it around. This makes it ideal for those who love to bring their gaming systems to friends’ houses or who just always want a projector when they’re on the go. Vamvo’s projector is incredibly friendly to gamers not just because of the picture quality it presents, but because of how easy it is to use. Presenting itself as a true multimedia device, you can plug virtually anything into this projector and have a great experience.

The multiple ports are great for those who want to keep multiple gaming devices attached at one time, but just as important is the sound experience. There are plenty of great mini-projectors out there that offer tinny sound, but this one actually offers a fairly nice experience. It’s definitely one of the few for which you don’t need an extra set of speakers if you’re just looking to set up a game station quickly. 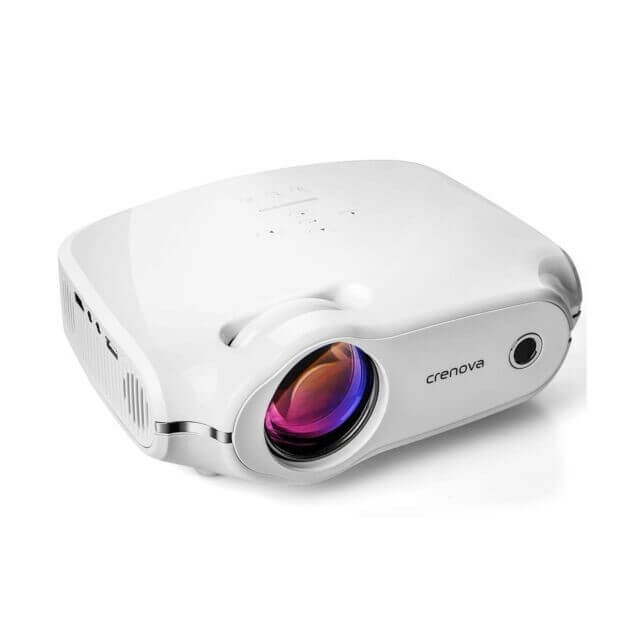 Another great entry from Crenova, this one builds on what makes the other model great and adds a bit of style. It’s honestly one of the few mini-projectors that actually looks cool, though this selling point will naturally only take you so far.

What’s really nice about this one is that it’s so easy to use. You can plug virtually any gaming device directly into the projector and you can get playing in just a few minutes. Whether you’re looking to play a modern console or want to hook up your laptop, you’re not going to have to take any extra steps.

The portability factor is still important here, as well. You can easily lug this machine around wherever you go, ensuring a great gaming experience. It’s very hard to beat the combination of price point, utility, and portability found in this unit.

So what is your Gaming Projector? Leave us a comment below!

Best Esports Tournaments of All Time