Everything You Need to Know About the PS5

There are few that could deny the enormous influence of the Sony PlayStation on the gaming industry. The video gaming giant has produced four consoles since its launch in 1994, and it shows no signs of slowing down. The PlayStation is now approaching its fifth iteration, and Sony does not plan to let fans down.

By the beginning of 2019, sales of the PS4 reached 90 million units worldwide, exceeding those of the PS3. It has been three and a half years since the release of the last PlayStation version, the PS4 Pro, and the PS5 will be unleashed on the world very soon. So what do we already know about the new gaming console?

The release date currently given on the PlayStation website is ‘holiday 2020’, with no exact date given. There was a suggestion through a leak that the date would be 20th November, but this has not yet been confirmed. This would be in the same period that the new console is expected in the run-up to Christmas.

It may be no surprise that Sony is planning a release around the same time as the Xbox Series X, which is due for release in late 2020. With the expected competition between the two consoles, it is best to release them both around the same time. There have been some suggestions that the release will be delayed because of the coronavirus, but this could just be speculation. The release date is expected to be officially revealed very soon.

Along with the release date, the retail price of the PS5 has yet to be confirmed by Sony. The company has said that this is simply because they have not yet decided on a price.

In a quarterly earnings call detailed in Speil Times, the company’s Chief Financial Officer, Hiroki Totoki, explained that competition and promotions made setting a price more complicated. ‘What is not very clear or visible is because we are competing in the space, so it’s very difficult to discuss anything at this point in time and depending on the price level, we may have to determine the promotion that we are going to deploy and how much costs we are prepared to pay.’

We cannot be sure of the price at this point, though many rumors are circulating through the Internet. The architect of the PS5, Mark Cerny, said that he believes the suggested retail price (SRP) will be ‘appealing to gamers in light of its advanced feature set.’

The PS5 is expected to be more powerful than its predecessor, so this will probably equate to a higher cost. Most pundits expect a price of around $500, though this is far from certain. 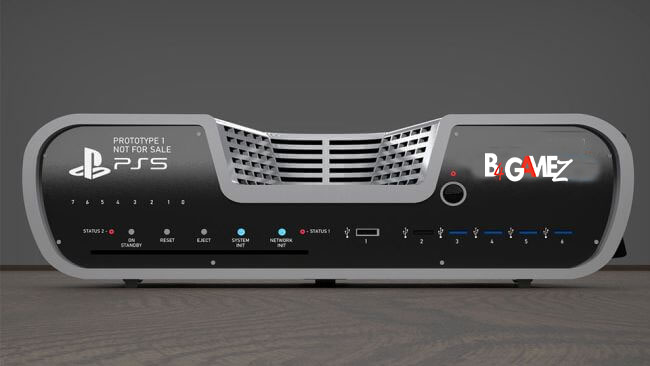 It’s still a long time before Sony will reveal the design of the new PS5, but leaked images and patents of the dev kit have helped to give us an idea of the design. Digital images created by LetsGoDigital even give us a clear rendition of the model. However, this is only the PS5 in development mode, so we cannot be sure how similar the final version will be.

These images show us buttons on the front left, seven status lights which could show CPU cores engaged or controllers connected, and six USB ports. There is a small circle on the front that could be a camera, and leaked patents confirm this. There are rubber feet on the top of the console that could be just for testing and development purposes.

Other leaked patents reveal a cartridge product that is possibly compatible with the PS5. This could be an external SSD to be used for memory management of games, but this is not certain.

One more definitive thing is the PS5 logo, which looks very much like the PS4 logo, with the ‘4’ simply changed to a ‘5’.

We still do not yet know everything about the specs of the PS5, but there is a certain amount that we do know. It has been confirmed by Sony that the PS5 will use an AMD CPU from the third generation of AMD’s Ryzen collection. This will support the powers of ray tracing, advanced lighting technology that is used in Hollywood blockbusters, and now the next level of gaming visuals.

The GPU setup will support 8K resolutions as well as ray tracing. This can mimic the way light bounces between objects and reflects from surfaces and different substances. This means much more realistic lighting and shadows. In addition to this, ray tracing also delivers enhanced audio effects.

Another great improvement in the PS5 will be decreased loading times. This was already demonstrated at a corporate strategy event, at which a comparison of loading Spider-Man on the PS4 and the PS5 was held. While the load time of the former was recorded as 8.1 seconds, the latter was just 0.8 seconds.

As the PS5 has transitioned to SSD from a disk-based hard drive, games may be stored more easily, and with wider options for storage.

A patent filed by Sony in Japan shows plans for a new controller compared with the current PS4 controller, DualShock 4. It has been supposed that this will be the DualShock 5, but this has not been confirmed yet. 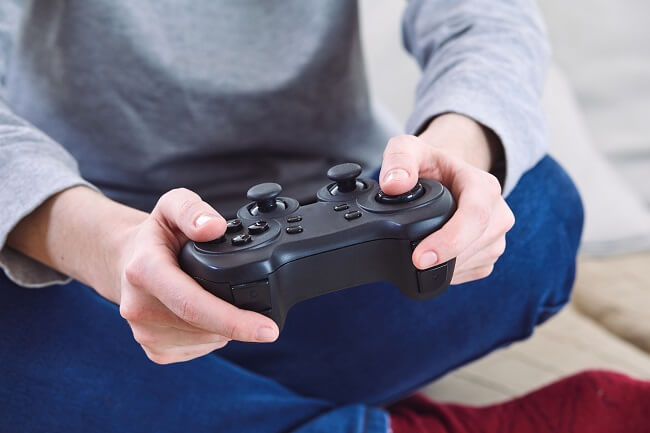 The plans show the rumble technology of PS4 being replaced by haptic feedback, which is designed to increase player immersion through controller feedback.

This gives players a more extensive range of feedback so that actions can be simulated more accurately. Textures can also be felt more vividly, so running across the grass will be different from jumping through the mud.

The other main difference brought to the new controller is the adaptive triggers, which can more accurately simulate the actions of the game through resistance. These are able to convey the tension in actions, such as drawing a bow and arrow.

These two new forms of technology both work to increase the immersion of the experience and more closely represent actions. The Japanese patent also suggests that back buttons will be reintroduced to the controller. In other respects, the new controller will probably look similar to the PS4, but slightly larger and with a built-in microphone.

At this point, we know that the complete PS4 library will be supported by the PS5, but there are some additional PS5 games that may be introduced.

There are still a number of unannounced games that are on their way to PS4, such as Last of Us 2 and Ghost of Tsushima. These could likely be released as PS5 cross-generation upgrades. There have also been rumors that suggest a sequel of Horizon Zero Dawn, and a new God of War version could be released on the PlayStation 5 console.

In terms of third-party games, Ubisoft has already confirmed that Gods and Monsters, Rainbow 6 Quarantine, and Watch Dogs: Legion will be released on PS5. Bluepoint Studios has also confirmed a new title, and Gearbox has confirmed the new IP, Godfall.

A 2020 survey conducted by Game Developers Conference, the Playstation 5 is the most popular console among gaming developers. This means the PS5 is already beating the Xbox Series X and the Nintendo Switch for developers.

Right now, it is months before the expected release of the Playstation 5, yet the new console is already causing a stir among the gaming community. Sony is promising that the PS5 will be much more than just an upgrade, with fundamental changes that will impact the whole gaming experience. This may be the case, but for now, all we can do is watch this space.