Top 5 Multiplayer Games for Xbox One

The only thing that beats playing your favorite Xbox game on your downtime… is playing that game with some friends.

Now, we all know the age of split-screen has lived out its golden years (which hurts our hearts even to this day) and to add some salt to that wound, the amount of multiplayer games (worth playing) has died down substantially.

This is a shout-out to the top 5 multiplayer games that will keep you and your Xbox homies playing together. All statistics come straight from Microsoft itself, so you can be comfortable in trusting the credibility of these games. After all, you’re the ones that got them to their best-of-the-best statuses! 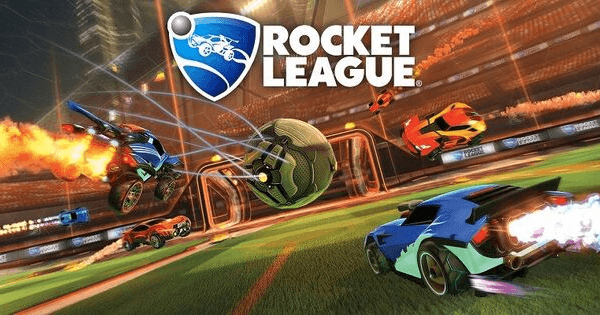 A perfectly balanced blend of arcade-style soccer and motor-vehicle madness, Rocket League claims the number 5 spot on our top-contender list.

Initially released on PS4 and Steam in 2015… Rocket League didn’t make its debut on Xbox One until 2016. Psyonix Inc., the developer of the game has recently (May 2019) decided to joined forces with Epic Games to “…grow the game in ways we (Psyonix) couldn’t do on our own before.”

This fast-paced sports game is not only multiplayer but cross-platform compatible, you heard that right… whether you’re on Xbox One, PS4, Nintendo Switch, or PC, all 57 million players combine to create a singular community that can play together as one!

Players are pit against each other in an arcade-style soccer game where cars are used rather than people. Matches range anywhere from 1-on-1 to 4-on-4. Rocket League offers “Custom Mutator Mode,” which allows you to create custom games where you can alter almost every setting in the game to make things really interesting!

If you’re into customization, Rocket League offers over 500 TRILLION possible cosmetic combinations for your vehicles. Players can let their creativity go wild while choosing anything from paint finishes, rims, vehicle trails, car toppers, and more!

Landing over 150 “Game of the Year” awards, Rocket League definitely lives up to its hype! 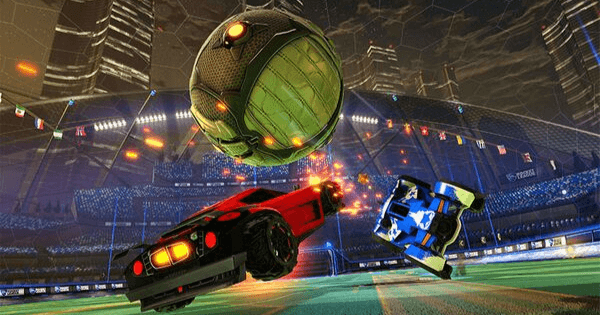 The aim of the game is to out-score your opponents in a 5-minute match. If both teams are tied by the end of the match, a sudden death round begins and the first team to score claims victory.

The controls allow for some pretty epic and strategic maneuvering and may take some time for players to get used to (I know it did for me), but once you get the hang of it you can double-jump, boost, or barrel roll your team to victory.

Rocket League is rated E for everyone, making it a game that kids and adults can enjoy playing together! If you haven’t played it yet, I highly suggest giving it a try… you won’t be disappointed. 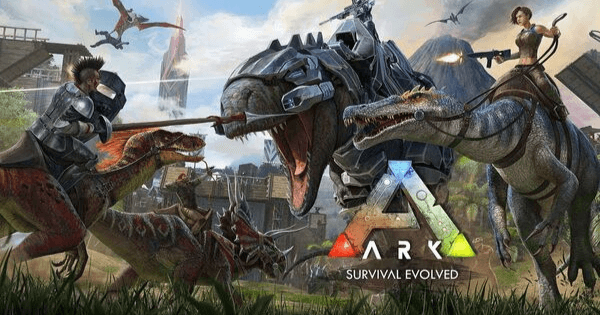 A personal favorite of mine, ARK: Survival Evolved, lands number 4 on our top 5 best multiplayer games for Xbox One. First surfacing in 2015 as a game preview, ARK has made quite a bit of noise on its rise to one of the most-played games on Xbox One.

In this prehistoric survival game, your skills as are put to the test from the second you finish customizing your character. Alone and unclothed, you find yourself stranded on an unknown island; it is up to you to keep your character well-fed, hydrated, and protected from the island’s unpredictable weather conditions.

Oh, and one more thing, the island is teaming with dinosaurs – every dinosaur you know of and countless more that you never knew existed. There are also some completely fictional creatures that have been added to the mix.

Playing with a friend or a group of friends definitely helps make game-progression easier. Use the resources you find around you to create tools, weapons, and even build shelters – which can eventually become impenetrable fortresses. 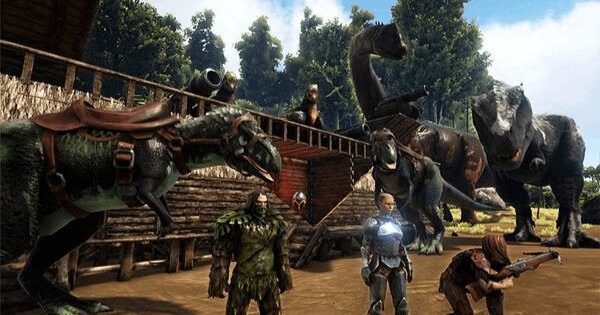 Players can create tribes of up to 70 people. Tribes compete across countless servers to conquer territories and claim the island’s resources for their own survival.

Here’s a helpful tip: don’t forget to keep up with your base – if you take a long break from the game, you might come back to a completely raided camp and be left with 2 choices: find a new location and start back at square one or rally your tribe and attempt to reclaim your stolen goods.

By far, the most exhilarating part of this game is hunting and taming the dinosaurs on the island… because what’s cooler than storming around on a T-Rex or soaring freely through the open skies on your newly tamed DRAGON?! 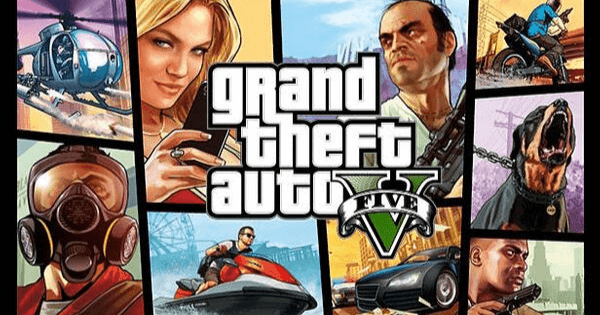 Our number 3 claimant to the list, Grand Theft Auto Online, was initially released by Rockstar Games for Xbox 360 in 2013 and a year later for Xbox One.

This multiplayer game mode is included with your purchase of GTA V and offers an open-world story that goes beyond the game’s single-player campaign. GTA Online allows up to 30 people to basically do as they please across the entirety of Los Santos, San Andreas.

The goal of the game is entirely up to each player’s preferences – here are some of the things you can do: 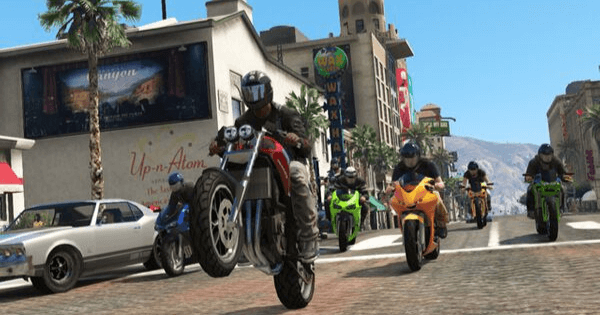 GTA Online is all about personal preference – the game is designed to allow complete freedom to play the game how you want.

If you’re looking for a game where the sky is the limit, that you can enjoy playing with your friends, GTA Online should be next on your list of downloads.

Maybe you will be interested to read about GTA 6 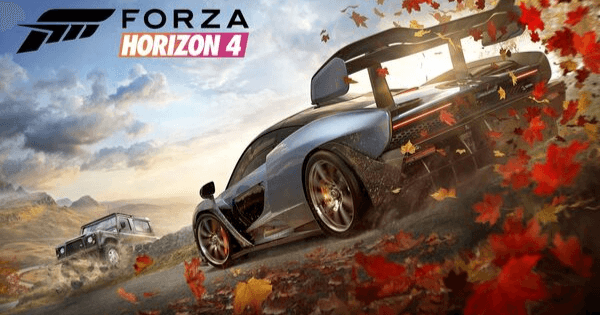 Coming in at number 2 on our top 5 contenders list is Microsoft Studios’ critically acclaimed Forza Horizon 4. Released in 2018, it rapidly became one of the highest-rated, most-played games on Xbox One.

Players must master driving in dry, wet, snowy, icy, and even muddy conditions. Unlike most racing games, where weather is only a visual accent, Forza Horizon 4 takes driving to a whole new level by offering realistic environmental conditions.

You have the option to play solo or join multiplayer sessions. In both game modes you may choose to compete in races or take advantage of the free roam mode and explore the faithfully rendered British countryside.

Forza Horizon 4 has expanded its car roster to include over 450 cars that can be upgraded and personalized. Some new features were introduced with its release including the “Route Creator” which allows you to design your very own shareable, custom races anywhere you want in the open world.

Though classified as a racing game, Forza Horizon 4’s gameplay feels more like a driving simulator. A racing game that offers players more than just race after race. Who doesn’t want to cruise around aimlessly in a custom exotic supercar?

Forza Horizon 4 isn’t number 2 out of 5 of the highest rated, most played Xbox One games for no reason. 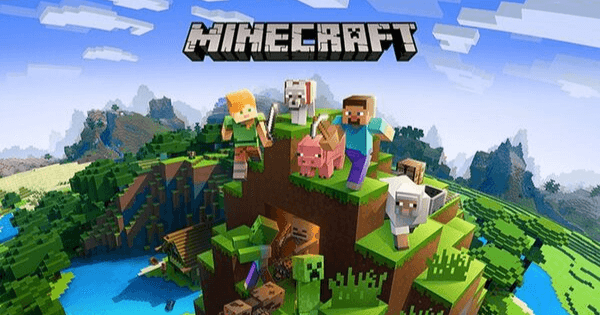 Reigning in as the number 1 multiplayer player Xbox One game is the age-old classic, Minecraft.

Released on Xbox One in 2017 this massive multiplayer game has gained an astounding player count of more than 176 MILLION! If that isn’t impressive enough, Minecraft is also cross-platform compatible – uniting gamers across every console Minecraft is available on.

What makes this game even better is its split-screen feature which allows up to 4 players to play offline and up to 8 players (which can consist of any combination of split-screen players) online. 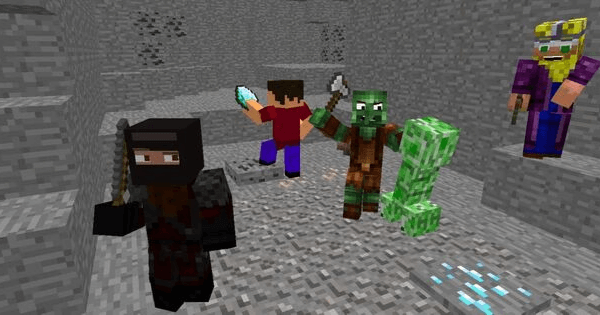 Minecraft truly lets your creativity flow freely… there are endless things to do in “Creative” mode. You can create pretty much anything you can think of. Here are a few things you can build:

If you’re looking for a game that allows you the absolute freedom to do ANYTHING your heart desires, check out Minecraft, and take your gaming experience into your own hands.

Let us know in the comment below what is your multiplayer game for Xbox One!

Jennay Reilly is a new-age freelance writer with an insatiable appetite for delicious content. When she’s not writing you can find her playing Xbox One or running ranks on her PC.

As a life-long gamer, Jennay makes sure to stay up-to-par with the latest gaming news and updates available. If you are interested in reading more of her work, please visit her writer’s website at wordswithjennay.com.

Check Out our latest reviews: 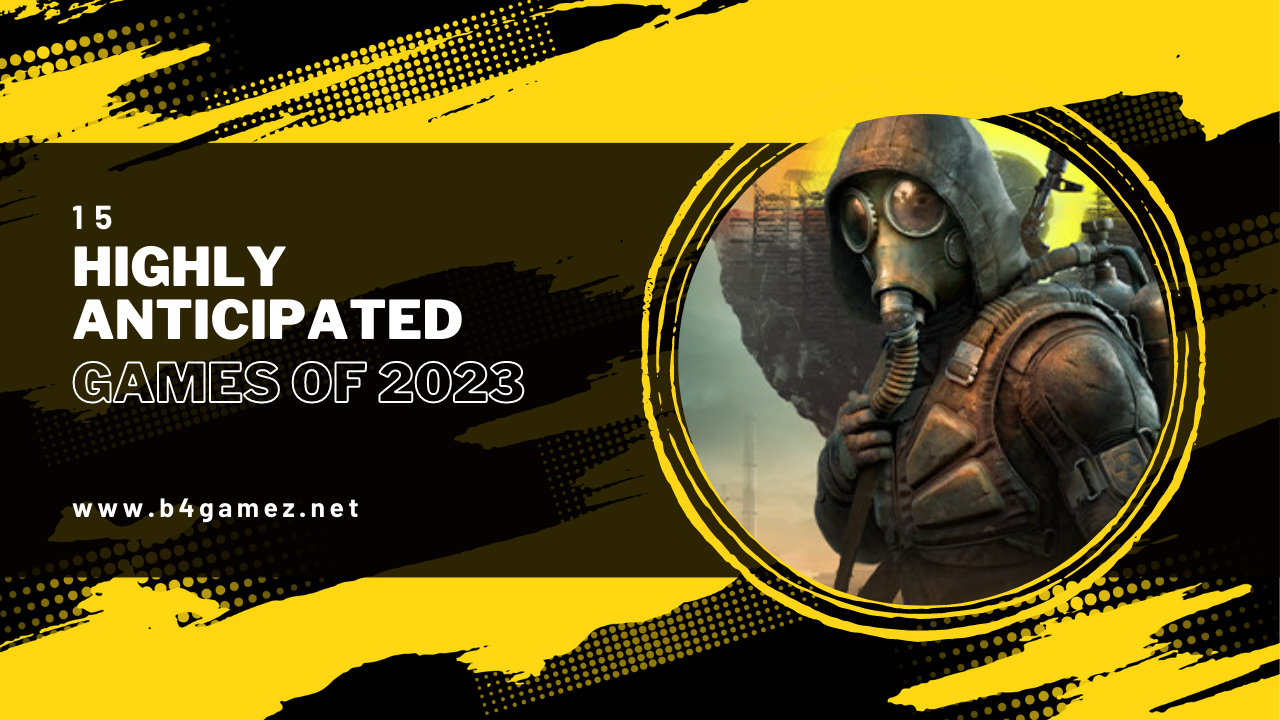 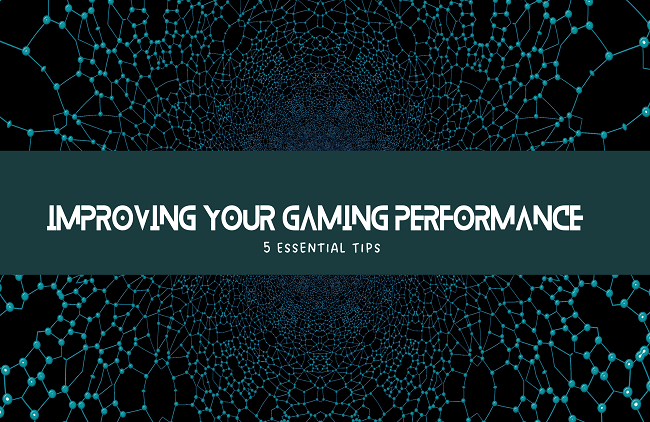 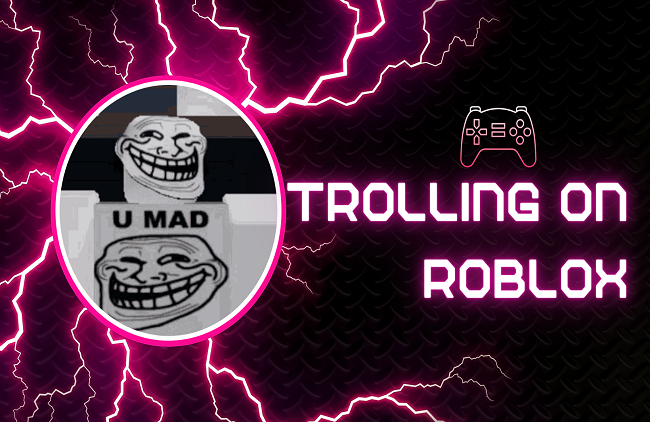 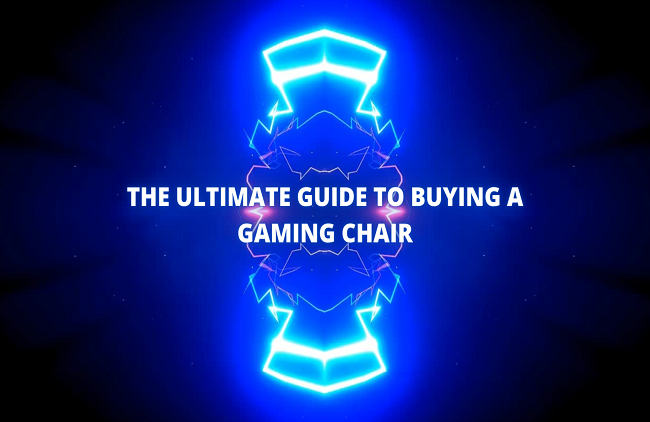 Home » The Ultimate Guide to Buying a Gaming Chair: Types, Features, and Tips for Choosing the Perfect Chair Gaming chairs are designed to provide comfort and support to gamers during extended gaming sessions. They are typically designed with ergonomic features that help to promote good posture and reduce the risk of strain or injury…. Continue reading

Thanks for good stuff !!