Ready for the Challenge? Top 7 Video Games Coming Up in 2019

2018 has been one of the best years in gaming history. Games like Battlefield V and Red Dead Redemption 2 have created a revolution in terms of gameplay and engines.

2019 is projected to be even better across all gaming genres. Since this year is coming to an end, it’s time to focus on preparing for the best video games coming up in 2019. Video games 2019 release dates are coming out and it’s building up the excitement among the fans.

What’s in store? To put it simply – we have everything! From new and improved remakes of old classics to highly anticipated sequels, there will be something for everyone.

To show you what’s in store, we’ve highlighted the 7 best video games coming up in 2019. We’ll analyze each of the titles, with additional data and features. Don’t worry, we’ve asked our industry contacts and scored some exclusive bits. What you’ll read will be a full insight into some of the best gaming creations the world has seen. Strap in, we’re going to look at the key video games 2019 releases. 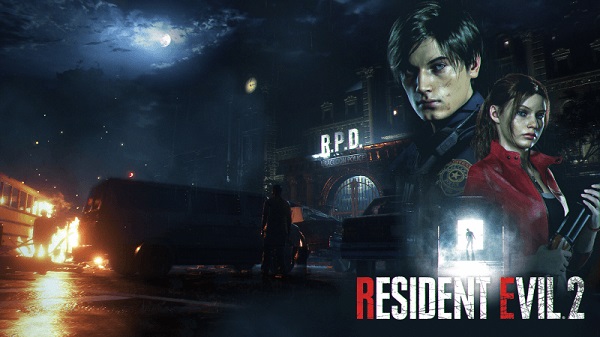 The original Resident Evil 2 is a classic in the survival horror genre. When it was released in 1998 for PlayStation, people were going crazy over the incredibly realistic horror action. What made Capcom do a remake of this game? Well, Shinji Mikami has stated that he wanted this remake to be done for years, but there were other priorities. The producers wanted to capture the feel of the original game. When Resident Evil 6 saw rave reviews, they were ready to make a move and made the announcement at E3 2018.

So, what makes the design of this game so great? Well, for starters, we would like to point out the historical correctness. The game is still set in Racoon City in 1998, and everything was redesigned to match the exact time. The entire atmosphere captures that elusive dystopian feel.

Why should you play this game? Well, if you’re a newbie to the horror genre, there is no better way to start your journey than with a classic. If you’re a horror game veteran, you will love your favorite game even more. It’s going to be one of the best video games in 2019.

Now, out next game is a highly anticipated sequel… 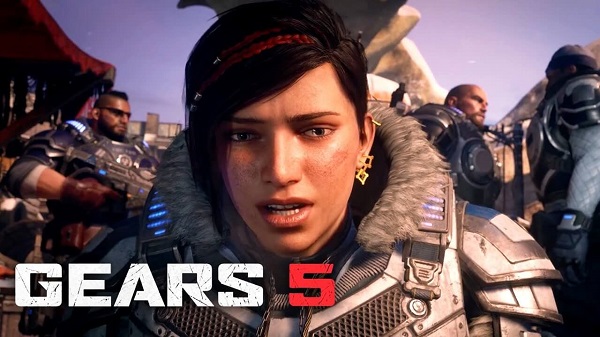 Microsoft Studios and The Coalition have announced the coming of Gears 5 in 2019! When the announcement was made at E3 this year, the first thing that people noticed was the name change. The reason for this decision lies in an attempt to change some of the gimmicks the game has, all while maintaining that classic feel. And according to the rumors and trailers, it’s safe to say they did it.

Kait Diaz was confirmed to be the protagonist of this game. The entire story of Gears 5 will be from her perspective. What about the design? Well, we love the apocalyptic and futuristic feel in more detail. Gears 4 had a lot of success in terms of employing successful innovations.

There is no excuse to miss out on this game. You should play it because it fuses two excellent aspects of gaming – action, and storytelling. There is something for everyone. As for our next game, it features an unexpected twist on a proven storyline… 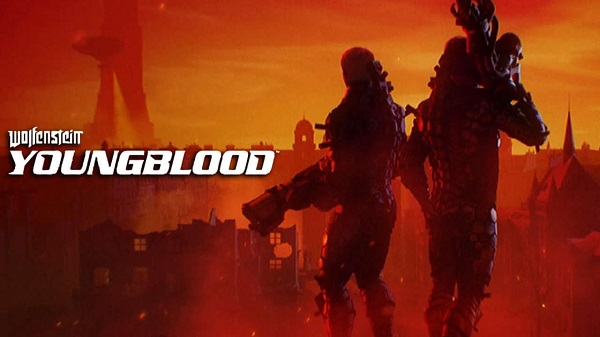 Whenever there are rumors about the Wolfenstein franchise, the entire gaming world stops for a second to listen. That’s how important Wolfenstein is to gamers around the globe. When there were talks about a new game going on, people immediately thought they were getting an extension of the previous storyline. Unbeknownst to most, Machine Games and Bethesda were working on a completely new title – Wolfenstein: Youngblood!

With this spinoff, Bethesda was able to tackle the lack of freedom some players weren’t pleased about in previous games. The design is impeccable, featuring all the necessary elements of an open world game, alongside some good old dystopian Nazi element.

Why should you play this game? The best reason for immersing yourself into Wolfenstein: Youngblood is its uniqueness. The main characters are Jessica and Sophia Blazkowicz, daughters of the one and only BJ. Their father goes missing on a mission in Nazi-occupied Paris and it is their duty to save them. Action will be plentiful, so get ready. Our next game, however, is something completely different… 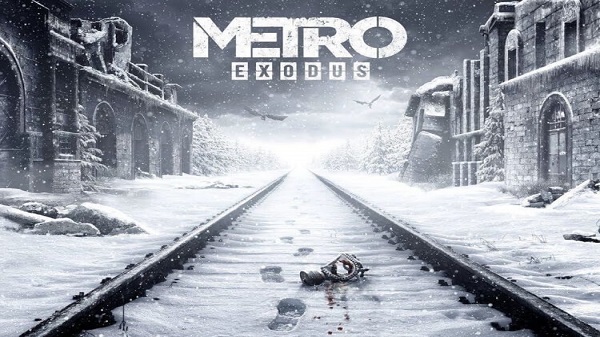 The game began being developed in 2014 but was only announced in 2017. 4A Games and Deep Silver have joined forces yet again to continue one of the most beloved franchises in gaming. Metro, based on the novel series by Dmitry Glukhovsky. Metro: Last Night left so many questions unanswered, along with loose ends in terms of the plotline. Metro Exodus is definitely ones of the best video games coming up in 2019, simply because of the hype surrounding it. But is it worth it?

Absolutely. In a design fitting for Russia in 2036, the game blows away with its immersive design and natural settings. More than ever, the emphasis will be on nature. Artyom and Anna (who is now his wife, by the way) are traveling all across the nuclear wasteland to the other side of the Asian continent. The Spartan Rangers are getting the spotlight they deserved. Within the storyline, there is a need for their expertise if fighting the myriad of mutants within the world.

The next game on the list is set to fill a big hole in its respective genre. 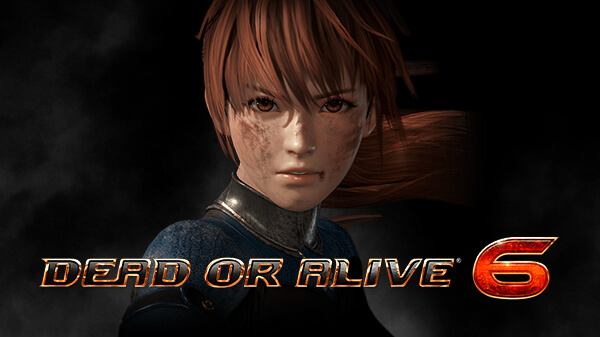 Dead or Alive 6 is one of the most anticipated video games 2019 releases. At the end of 2018, we are at a strange place when it comes to the fighting game genre. There hasn’t been a release worthy to contend for that title, but Dead or Alive 6 more than likely to turn heads. This title is everything the franchise represents for – competitive 1v1 battle in custom settings and strange maps. As the engine stayed the same, we can notice some small changes in terms of design. Facial features and basic movements seem much more realistic now.

KOEI TECMO GAMES undertook a large task when they decided to both develop and publish the next installment. You should play Dead or Alive 6 to get a realistic revamp of all that is good in the horror game genre. They’ve taken the best out of the Tekken and Street Fighter Franchises and fused it with uncanny graphics and a more bloody approach.

The penultimate game on our list also employs fighting, but with an entirely different twist. 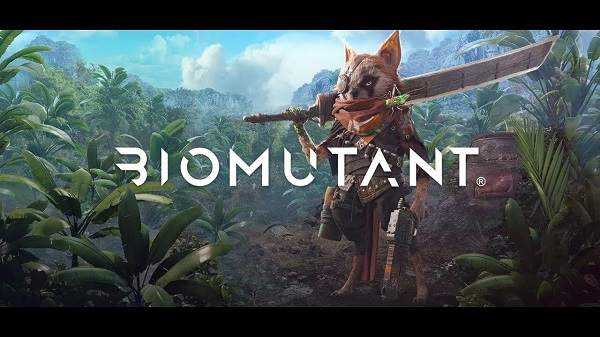 Post-apocalyptic games are abundant, each and every year. So, what makes this game so unique? Well, for starters – it’s the design. Lots of post-apocalyptic games feature rundown wastelands and hellish scenery. BIOMUTANT focuses on an entirely opposite scenario. Without humans in the picture, the land is experiencing internal problems, with mutated intelligent animals as the protagonists.

As the Tree of Life is “bleeding death” from the roots, there is a lot of division within the land. You get to become an animal with mutated intelligence and bodily features. While taking on the classic format of 3rd person combat, Experiment 101 and THQ Nordic have joined forces to release a unique game. You will get to pick your own martial arts fighting style, make your own custom weapons and use your mutations to defeat foes around the land.

For its unique approach, BIOMUTANT is certainly one of the best 7 video games coming up 2019. Unique action, breathtaking scenery, and novelties are the main reasons why you should play it. And last, but most certainly not least… 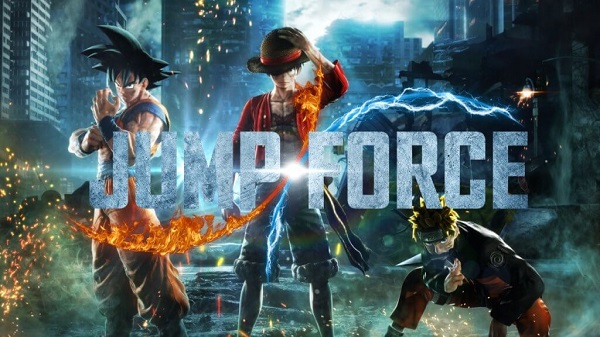 In this breathtaking game, we have a unique concept on our hands. The heroes of manga comics have joined forces and formed the JUMP FORCE. This elite organization stands tall when new enemies seek to conquer Earth and enslave its denizens. What exactly comprises this anime version of the Justice League? Oh, just the most elite characters from mangas such as Dragon Ball Z, Bleach Naruto, Yu Gi Oh!, One Piece and much more. However, this all-star cast is just the beginning of this incredible idea.

The design is the single most important feature here, as it uses the 3D figures of anime heroes with some dystopian scenery. It’s everything you ever wanted in a fighting game – an ideal mix of epic graphics along with well-known characters. You will have to master the individual powers of each hero, both in single-player and multiplayer modes. If you’ve ever loved fighting games or are a fan of these heroes – that is enough of a reason to immerse yourself in this game.

Any of these titles will bring a whole new dose of fun to your household. Whether you want to explore alone or entertain yourself with friends, these 7 titles will redefine gaming for you. Which of these games did you like the most? Did you have some other suggestions for the most-anticipated list? Let us know in the comments – we can’t wait to hear your input.

Check out our latest review about popular MMORPG and MMO games.