To start this guide, let’s look at some of the facts. The Druid Class within WoWC is considered
the guardian of nature, utilizing natural and celestial energy in combat that goes unmatched.
They shapeshift into different forms, such as the Bear and Cat form. Druids can use these forms
to respond to almost any situation, giving them an upper hand in this case. They are considered
to be the ultimate hybrid, carrying a spec for each role.

Though Druids are quick to level, almost as fast as hunters, many would assume this is an easy
route. However, there is a lot of work to be put into these bouts if a player wishes to be as
efficient as possible; it is for this reason some players choose to buy WoWC accounts that have
already been trained.

Players who choose the path of Druid can easily adapt to many situations; this is due to all of
their forms, healing spells, utility spells, and damaging spells. In turn, this leaves them with the
largest tool kit of all the classes available.

For players who choose to take the route of Guardian Druid, they will take the task of reducing
incoming damage through the use of Ironfur. Though their self-healing isn’t as hardy as other
tank classes, it does allow for a decent boost to their self-sustain.

Skill to buy for optimal leveling as a Guardian Druid

For players taking on the game alone, feral will give you the advantage of speed. In addition,
this form allows for players to regenerate mana while killing enemies with ease while in bear
form and cat form.

Skill to buy for optimal leveling as a Feral Druid 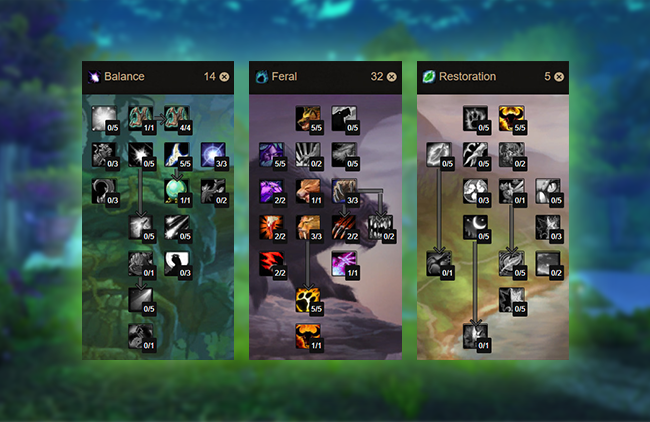 While slower than feral, this form allows players to heal dungeons while leveling and is
preferable to those in groups. Those who choose balance will focus more on nature and arcane
damage spells to kill their enemies.

Skill to buy for optimal leveling as a Balance Druid

Restoration is considered the worst Druid leveling option for those who have chosen the solo
path. Those in groups will find it a better option, though balance would serve players much
better as it allows for questing to be carried out and damage dishes out when necessary.

Skill to buy for optimal leveling as a Restoration Druid

Strengths and Weakness of Druids

Let’s take a look into some of the pros and cons of a player choosing to play the Druid class,
starting with the strengths. 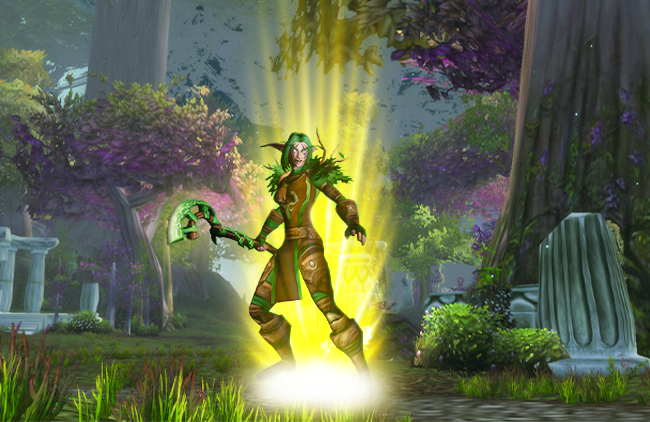 The fastest way for a Druid to get through the first ten levels is to pick up any quests available.
This allows a player to quickly reach the level ten landmark and acquire some helpful gear and
build up their bank with currency.

A player will remain in their hometown; then, they will embark on an adventure to the second
town from levels five to six. Continuing with completing all available quests and considering
which profession they will follow.

Using wrath (range attack), as this is usually all a player is equipped with, spam the mob with
this attack until they come into melee range, at which point a player will switch to melee, healing
when necessary. Always ensure to attempt to out-spam at maximum range. Once a player is out
of mana, they can wait or choose to run up to engage in melee combat. This will often be the
enemy’s tactic when out of mana, at which point a player must decide whether to engage in
melee combat or create more distance to continue a ranged attack.

At level three, a player can learn Moonfire, continue to attack at range using wrath, and throw in
the occasional Moonfire to assist in landing the debuff, all the while walking back to create
distance from the enemy. It is advised a player keeps their Moonfire debuff active during combat
and uses their rejuvenation HoT spell early on in this bout to ensure their health remains.
Additionally, we’d recommend a player use Healing Touch for larger, more prominent health
dips.

Players will continue as they have at this point, however now with the bonus of having learned
Regrowth, allowing them to heal over time.

At this point the player will adopt three new skills, and the Druid versatility becomes more
accessible. Players must also use this time to decide whether they wish to continue as a spell
caster or take the cat form and take the melee approach. Should they choose a spell caster,
they will need to use Solar Wrath and Regrowth; however, they will change up their gaming
experience completely if they take the Melee approach. They will be given two new melee
abilities, those being Shred and Dash.

Players must note that they will possess no energy when first transforming into cat form, and
any spells cast will revert them to their previous state.

There is much more to be said on the Druid Class of WoWC; however, we hope that the
information provided gave the insight needed to get our players off the ground and into battle!
We’d like to thank you for taking the time to check out our Druids Beginner guide